Skip to content
Additional Art Parties/Events – Last Half of March 2017!

Here is our UPDATED list of additional art and entertainment events for MARCH 2017. I’ll see you at the art parties!

Havana’s leading provocateur in the underground counterculture of fashion, spectacle, cabaret, theater and drag confronts the tyrannical themes of Antigone with sharp humor and shocking currency in this internationally acclaimed production direct from Cuba. Two myths collide in one epic explosion of poetry and heroics crafted by audacious director Carlos Díaz and inventive young playwright Rogelio Orizondo. Old and new figures from Cuba’s tumultuous history populate this brave work in which icons are reborn and others are abandoned — in particular, the myth of renowned poet José Martí, considered the founder of Cuban revolutionary thought. Five highly physical performers don exotically absurd costumes at a rapid-fire pace as they guide us poetically and fitfully through a series of flashbacks, all set against a backdrop of archival news footage that connects the past with the present in unnerving and profound ways.

March 16, 2017:
The 7th Annual Venice Art Crawl takes off tonight with the theme: This Is Venice, highlighting what makes this beachside community unique with art, culture and entertainment in dozens of venues in Venice.

This celebration ofartand community will take place on a one and a half mile stretch of Venice Boulevard from Speedway by the beach to Beyond Baroque Literary Art Center, 681 Venice Boulevard near Oakwood Boulevard, and even on to Lincoln Boulevard. 6-10pm; Free: various venues, see http://www.veniceartcrawl.com/

Paradise Lost: Reclaiming Destiny opens at the Greenway Court Theatre opened on March 3, 2017 (five-week run). Performances take place Fridays and Saturdays at 8 p.m. and Sundays at 7 p.m.through April 2. Tickets on Fridays and Saturdays are $30 GeneralAdmission; $20 seniors with ID; and $15 Military and Students with ID. On Sundays, tickets are $20 General Admission and seniors with ID, $15 Military and Students with ID. The Greenway Court Theatre is located at 544 North Fairfax Avenue, Los Angeles, CA 90036. Free parking in the lot adjacent to the theatre. CLICK HERE for reservations and information, or call (323) 673-0544. http://www.greenwaycourttheatre.org

March 16, 2017:
Start celebrating early…There’s nothing like the taste of Teeling Irish Whiskey to get one ready for St. Patrick’s Day. miro restaurant hosts a pairing dinner.

Head Downtown to enjoy the annual St. Patrick’s Day Street Festival, hosted by Casey’s Irish Pub. Gotta love the irish, start early – the bar will be open at 6am, and the street festival begins at 11:30am. The street festival takes place in front of Casey’s Irish Pub on Grand Avenue in Downtown LA. Enjoy food, drinks, games and DJs, (pizza from Pellicola Pizzeria) and plenty of festive drinks.

The event will be filmed for later review for auditioning purposes only. Since this is an official audition for the Gong Show on ABC, we want to see everyone’s full act meaning there won’t be the traditional judging with the gong. Everyone will have up to, and no more than, 3 minutes each to present their best, funniest, most original weird talents, and insane skills for The Gong Show!

March 18, 2017:
FP Contemporary is pleased to announce the opening reception for “Weird, Weird West,” a solo exhibition featuring recent works by John Randall Nelson, anArizona-based painter and sculptor.  Nelson’s works are layered with his own personal language consisting of patterns, symbols, and archetypes that may not make any literal sense but play on subconscious associations while suggesting a metaphor for the tension and anxiety of the times. On view: March 18 – April 22; Art Party: 6-8pm; FP Contemporary, 5835 Washington Blvd., Culver City, CA 90232; http://www.fpcontemporary.com

March 18, 2017:
M+B is pleased to present ‘Malick Sidibé: Chemises,” an exhibition of the celebrated photographer’s iconic portraits and party scenes. Positioned at the juncture of Malian independence in 1960 and a period of rapid modernization, Sidibé’s photographs chronicle the joy, exuberance and confidence of Africa’s youth revolution. Presented in their original album format, these unique vintage proof prints make up a significant part of Sidibé’s oeuvre and chronicle the rapid social, cultural, and political transformation of post-independence Mali. On view: March 18 – April 22, 2017; 6-8pm; M+B, 612 North Almont Dr., LA 90069; http://www.mbart.com/

March 18, 2017:
Downtown…The Hive Gallery and Lady Beaver present a day of affordable art – “Buzz-ine Buzz-are.” This FREE TO ATTEND show is open to all ages and will feature 20 vendors with a wide variety of crafts, gifts, jewelry, and of course ZINES! 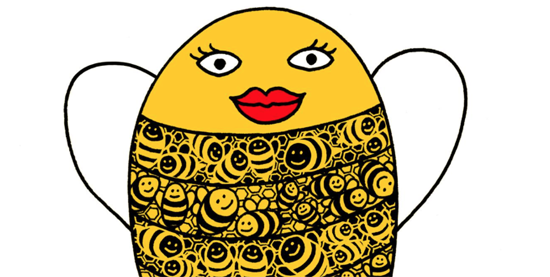 Besides all the makers, crafters, and zinesters at the show, there will be two DJs spinning music as well as all the incredible art at the Hive Gallery on full display. 4-7pm; The Hive Gallery and Studios, 729 S Spring St, LA, 90014;  For more info see the FB Event Page.

March 22, 2017:
Head downtown to REDCAT for some theater. The Wooster Group THE TOWN HALL AFFAIR delves into the revolutionary fervor of feminist thinking and art ‘happenings’ of 1970s New York. The piece is based on the Chris Hegedus and D.A. Pennebaker film Town Bloody Hall, a documentary of a 1971 panel that featured feminist thinkers and activists— including Germaine Greer, Jill Johnston, and Diana Trilling — with Norman Mailer serving as an immoderate moderator. Performances run from Wednesday, March 22, 2017 to Saturday, April 1, 2017. Admission ranges from $40-$45. Click Here to purchase tickets. REDCAT, 631 West 2nd Street, Los Angeles, CA 90012; Check website for dates and times: https://www.redcat.org

March 24, 2017:
Building Bridges Art Exchange (BBAX) offers a live performance screening of Kyunghwa Lee’s work and Art Basel talk titled Plasticity: Architectural Bodies. The Los Angeles based event will be connected by live feed to the Hong Kong Basel Art talk event. Lee will be the first female Korean artist and theorist to be featured as a panelist at Art Basel Hong Kong’s Conversation and Salon entitled Technologies of The Present | New Media.

The dual-exhibition on two different continents serves to illustrate not only advancements in technology and virtual reality, but also explores global intersections of body redefinition, malleability and architecture. Lee had much to say about the nature of her upcoming dual-exhibition. Performance/Screening: 7:30pm; Building Bridges Art Exchange, (F2) 2525 Michigan Avenue, Santa Monica, CA 90404; http://www.buildingbridgesartexchange.org/

March 24, & March 25, 2017:
The legendary Limón Dance Company comes to The Wallis for the first time on Friday, March 24 and Saturday, March 25 at 8pm. In an evening of musicality, athleticism and drama, the contemporary and the classic resonates together in the Limón Dance Company’s first season of performances under its new Artistic Director, Colin Connor. The Wallis evening program begins with two classic Limón works—the elegant and warm Concerto Grosso (1945) and Chaconne (1942), his powerful solo. The first half ends with the intensity and individuality of the company’s dancers in Colin Connor’s driving Corvidae (2016). For additional info, visit the Upcoming Event Feature.Tickets: Single tickets: $39 – $99 (prices subject to change) go to TheWallis.org or call 310.746.4000; Box Office – Wallis Annenberg Center for the Performing Arts Ticket Service 9390 N. Santa Monica Blvd, Beverly Hills, CA, 90210What: Limón Dance Company,Where: Wallis Annenberg Center for the Performing Arts, Bram Goldsmith Theater, 9390 N. Santa Monica Blvd, Beverly Hills, CA, 90210When: March 24 and 25, 2017 at 8:00pmWebsite: http://thewallis.org/

March 25, 2017:
Also happening at Bergamot Station along with the Ed Moses one – which will be big…Deconstructing Color at Beyond the Lines Gallery (G-8) from 5-9pm and Patrick Painter (B-2) from 6-8pm.

March 26, 2017:
LA Weekly’s biggest food event of the year is here. The Essentials will return to the California Market Center on Sunday, March 26, at 2 p.m., featuring the city’s best chefs and restaurants.

The Essentials event is thrown each year to celebrate LA Weekl’s 99 Essential Restaurants in L.A. issue, and it’s one of the most comprehensive food events in the city. This year also brings a big change to the VIP hour portion of the Essentials event, and to the 99 Essential Restaurants issue. Because the list is not a “best” list but rather an “essentials” list, it was decided that restaurants must have been open for a year in order to qualify for that essential restaurant designation. See more info along with the full list of restaurants on the Dining/Travel Page.