The legendary Limón Dance Company has been at the vanguard of American modern dance since its inception in 1946. Now, the Company celebrates its living legacy of dance theater developed by Mexican American José Limón and his mentors Doris Humphrey and Charles Weidman, whose innovative works revolutionized American dance in the middle of the twentieth century and set a new performance standard. This two-night program of historic dance pieces comes to The Wallis for the first time on Friday, March 24 and Saturday, March 25 at 8pm. The program will include Concerto Grosso, Chaconne, Corvidae, The Exiles and The Moor’s Pavane. A special post-show conversation with the artists will be held after the March 24th performance. 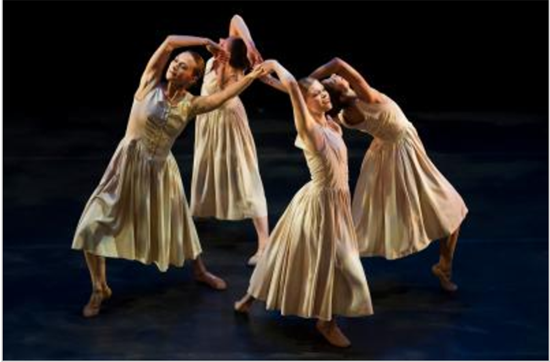 In an evening of musicality, athleticism and drama, the contemporary and the classic resonates together in the Limón Dance Company’s first season of performances under its new Artistic Director, Colin Connor. The Wallis evening program begins with two classic Limón works—the elegant and warm Concerto Grosso (1945) and Chaconne (1942), his powerful solo. The first half ends with the intensity and individuality of the company’s dancers in Colin Connor’s driving Corvidae (2016).

The second half of the evening’s program will feature one of Limón’s greatest works, The Moor’s Pavane (1949). This distilled telling of Shakespeare’s Othello is followed by the dramatically luminous and sharply etched Night Light (2014), choreographed by Kate Weare.