Here is the second half of September – if you are a subscriber, you have already received an email. FYI – if you LIKE LAArtParty’s FB page, you can also find out about updates. If you would like to receive free updates 3-4 x a month via email, you can become a subscriber by emailing us at LAArtParty@gmail.com – We do offer a VIP subscriber option (with additional benefits) – check our Contact/Rates Page for details.

Mr Di Meola has long been hailed as one of the world’s greatest guitar virtuosos, traversing between jazz, rock, blues and world music with every one of the 20 albums he’s released. His shows are renowned for their high levels of musicality and musicianship, shifting from explosive guitar lines to playful melodies and syncopated phrases and back again, all within the space of one song! Admission: $34 / $38 / $48 / $58 + applicable fees; The “40th Anniversary Meet & Greet Package” is also available for an additional $150.00 on top of the ticket price, and includes: 5pm admission for soundcheck, a 20 minute Q&A session delivered by Al DiMeola from onstage, Meet & Greet, autographed 40th Anniversary poster. DOES NOT INCLUDE SEATING FOR THE CONCERT. Headliner starts at 9pm; Canyon Cl ub, 28912 Roadside Drive, Agoura Hills, CA, 91301; http://wheremusicmeetsthesoul.com/

September 15, 2017:
Garboushian Gallery hosts the third solo exhibition for Los Angeles-based artist Curtis Weaver with his latest body of work in Trees in Wolves’ Clothing. Although they may seem dangerous, grotesque, or horrific at first glance, Weaver’s artworks toy with visual interpretation and bring larger concepts to the forefront. Like the original saying calls to mind, something is not as it appears. On view: September 15 – October 13, 2017; Art Party 6-8pm; GARBOUSHIAN GALLERY, 427 North Camden Drive. Beverly HIlls, 90210; http://www.garboushian.com

Come to Art for Life “Neurosience and Art”, hosted by award-winning artist Clara Berta, featuring Neuro Performance Strategist Florence Saint-Cricq. You will discover how art affects the mind and how it can help improve your overall well-being.

“Neurosience and Art” will be an interactive event. The producers are asking that attendees dress in any of the following colors or combination of colors: Red, Orange, Yellow, Green, Light Blue, Indigo Blue, Dark Blue, Purple. Hibiscus liqueur from Greenbar Distillery will be served alongside ordures from Wild Living Foods; Parking is available next door to pink building on the corner of 8th and Los Angeles as well as other nearby lots. Art Party: 7pm-9pm; BertaArt Studio Gallery, 120 E 8th St #202, Los Angeles, CA, 90014; 818-692-0465; Event info;

September 15, 2017:
Contemporary gallery is pleased to present “To Take Comfort,” a collection of paintings and photography by Los Angeles artist, Serge Serum. In Serum’s paintings, he depicts a search for the human form and portraiture derived from abstraction. He invites the viewer to follow his process as he captures energy through chaotic brushstrokes, depicting his anxieties and exhilaration of his subconscious through visceral images on the canvas. Enjoy Complimentary drinks by Lagunitas and Wine will be served as well. Art Party: 7pm-10pm; Contemporary gallery, 548 S Spring St. Los Angeles, CA 90013; (310) 824-3450; http://www.sergeserum.com

September 16, 2017:
This is a busy night for art – we also have three top ten events that take place tonight. 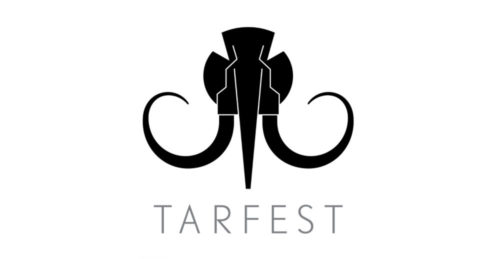 September 16, 2017:
Kayne Griffin Corcoran presents “Then and Now,” a career-spanning exhibition of works by Mary Corse. 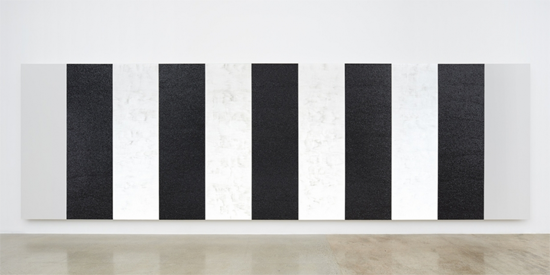 September 21, 2017:
HOMME Gallery is one of Los Angeles’ newest galleries, boasting 5,000 square feet of space in trendy Silver Lake and specializing in carefully curated exhibits featuring the most current and highly esteemed artists, both established and emerging.

September 21, 22 and 23 2017:
The Venice Art Crawl celebrates its own version of the return from Burning man with two events across three days. Thursday Venice Art Crawl from 6-9pm; Then during the day from Friday September 22 and Saturday September 23, enjoy Mutant vehicles, art installations, performers, interactive art and musicians are invited to participate to this 2 day festival by the beach, on Windward Plaza – just next to the skate park. Check the website for details http://www.veniceartcrawl.com

September 23, 2017:
The Frida Fest Art & Music Festival celebrates the life and legacy of Frida Kahlo and is the premier fundraising event for The L-Project and showcases the talents of LGBTQ visual and performing artists in Southern California. The L-Project is a non-profit organization dedicated to enriching the lives of women who identify as lesbian, bi, trans and queer through the intersection of art and technology. Its vision is to create sustainable, vibrant and inclusive communities for all LBTQ women of all ages, creeds and races living in Greater Los Angeles area.

September 24, 2017:
Now in its 33rd year, the Abbot Kinney Festival takes place along a mile-long stretch of Abbot Kinney Boulevard in Venice, The Boulevard’s eclectic boutiques, artisan eateries and influential art galleries infuse the festival with a local flavor that makes this event unique and not to be missed. Join the Venice community for a day of fun, food and entertainment! Event runs: 10 am – 6 pm; Abbot Kinney Boulevard between Brooks Avenue and Venice Boulevard; http://www.abbotkinney.org/

One of Brayden’s works La Cienega was inspired by the well knowon boulevard. The artist explains, “It is a vain that connects LAX with Hollywood, and Beverly Hills, so I wanted to create mural with a message for the dreamers coming from, and to LAX, and the rest of CA and that is to always DREAM BIG!!” Art Party: 6-10:30pm; Mid City Arts Center, 1644 S La Cienega Blvd Ste A, Los Angeles, CA 90035; http://mcartscenter.com

Sun’s work is informed by his interest in nature, exploring, and wordless storytelling. If there was a way of describing his work, it’d be a suggestive narrative with romantic/depressive images. On view: October 18, 2017; Art Party: 6:30pm-10pm; Giant Robot 2 – GR2 Gallery, 2062 Sawtelle Blvd., LA ,90025; https://www.giantrobot.com