This book, not only represents his first foray into color, but a departure from his classically trained eye in sculpting the human form. Says Gorman, “I really wanted a book that completely focused on the individual in terms of intimacy. Completing the sensual and  private communication between the subject and artist often presents a much more incisive and honest view of the person. Stepping outside the role of subject as model and increasing not only a level of awareness but a more accurate perception of the individual, gives a different interpretation than those of a more fixed portrait. I guess, in a sense, many of the photographs although often posed, seem to approach more of an editorial stance–allowing the subjects to unfold in a relaxed and more personal state.”

During the darkest month on the calendar, BLAM explores the darkest part of every day, “night.” The curators hav

e assembled a wide range of paintings and drawings that explore the idea of “night” from different directions and creative strategies.  From Holly Topping’s delicate renderings of mysterious rituals to Marie Thibeault’s boldly painted architecture, from Christopher Kuhn’s lyrical studies to Jonathan Stofenmacher’s powerful monochromes, the curators, Nadege Monchera Baer and David Spanbock look at night as never before.

Curator/Gallerist Brittany Davis is a talented artist as well. “I have always loved putting things together and creating little sculptures of some sort since I was a child,” explained Davis. “I really started creating art in 2011, when I went into the Fine Art Sculpture Program at the Academy of Art in San Francisco.”

For the last couple of years, Davis has been producing and curating pop shows throughout Los Angeles. I asked her what she thought about during pop-ups versus owning her own gallery. She replied,“There are things I really enjoy about having pop up events that are very, very, different from running a gallery. And I may still have some pop up events in the future. But running a gallery and having control of the space all the time puts me in a much better position to properly show all the artwork and represent the work.”

Artist Stephanie Visser will feature four works in the group exhibition. The holidays always bring to mind family and Visser told me about how her art is intertwined with her hometown experiences. This past summer, Visser returned to her home in Lake Michigan. She was invited to participate in an exhibition which featured four other artists that grew up there. 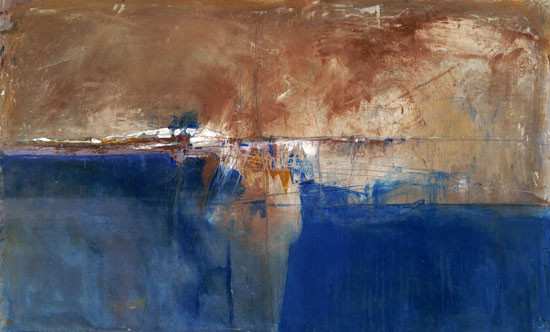 “As an artist it was fascinating to see just how our place of origin had and still affects our artistic voices even though all of us were in decidedly different genres and live all across the united states. The big body of water and the difficult long months of intense winter drove all of us inward. Obviously not much else to do in 20 below temperatures and 10 feet of snow that easily lasted from November to April.”

Visser is currently working hard to complete a new series that she has dubbed the six. She said she is hopeful that she will complete all six large works by the end of the year…or perhaps …just in time for Christmas! http://stephanievisser.com/

Light’s work ranges from conceptual reconsiderations of NASA lunar imagery in his projectFull Moon, to his aerially performative large-format works of the altered landscape. For the past two decades, Light has photographically examined the physical, cultural and mythological spaces of the American West, creating monumental and majesterial photo-books. Displayed on tilted steel plates supported by tripods, the 35×44” studio-made books are immersive, interactive journeys. 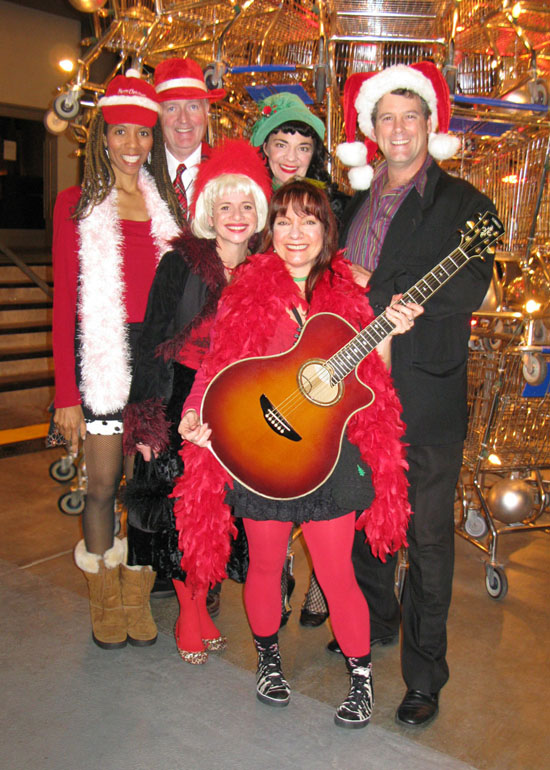 he holidays are HERE! The Off their Jingle Bell Rockers will once again perform at the Main street Holiday event in Santa Monica.

The Rockers have performed together for over twelve years and are excited to once again perform at the Main Street Holiday event. The zany group will be strolling up and down Main Street in festive costumes spreading holiday spirit. It’s a great time to do some shopping while enjoying holiday cheer.

The Main Street event begins with a Christmas tree lighting at Ocean Park and Main, (the site of the Sunday Santa Monica Farmers Market) followed by a candlelight walk to an amazing Shopping Cart Christmas Tree at Edgemar Pl (by Ben & Jerry’s and Peet’s Coffee, 90401).

Here (at Edgmar Pl), the Off Their Jingle Bell Rockers will sing a short set (six songs) before they move on down Main Street. Most of the stores on Main Street will stay open and the Rockers will stop in to perform holiday classics.

The Shopping Cart Christmas Tree is designed by Santa Monica artist Anthony Schmitt and its simply amazing. If you have never seen it – make sure to stop in and see it – it’s magnificent.

The Off their Jingle Bell Rockers are not your typical holiday group. Yes they happen to be terrific singers, but they also dress incredibly flamboyant, and have an amazing amount of energy, which makes for a truly fun and lively show. The Rockers add a different slant to Christmas Caroling. Their offbeat harmonies and original arrangements bring a zany twist to the classic Christmas Carol.

The Off their Jingle Bell Rokers will perform at Edgemar Place at 6:00pm – (20 minutes ONLY) then we move down the street.

Each artist has from four to six paintings on display. Stuart Marcus will have six of his works on view. In center of the grouping of his artworks is a painting titled “The Balloon Ballad.” The artist explains his inspiration, “This is a painting conceived from a photo I took of the LA.Convention Center atrium. I abstracted it and then added floating balloons which gave it a very playful dialogue.” For additional info on Stuart Marcus, visit his website at https://www.stuartmarcusart.com/

The opening reception takes place at the Santa Monica Art Studios in the South Hanger; Also on view in Arena 1 is Fin_Between.

L.A. tradition,The Nutcracker is the perfect holiday event for children, family and friends to celebrate the season. Set on Christmas Eve in L.A. in 1912, Clara dreams of faraway lands, snow-covered landscapes and a most memorable Mouse King. Special appearances by the cast of characters and Santa Claus at each performance.

e Art Gallery & Studios will host an exceptional art party. I recently interviewed some of the artists for my recent Huffington Post article. It’s been a pleasure to meet so many artists who are grateful to Hive Gallery and its owner and fellow artist Nathan Cartwright.

Each month the gallery presents at least one group show. It also selects featured artists to showcase. This month they are offering a group show titled “ARTRATES JAPAN.” This exhibition will feature over thirty artists exhibiting from Japan throughout the month. Also being celebrated this Saturday is the art of Ty Cummings, Ivonne Escoto’s “White Project” and “The Dark Art of Ryan Patterson.”

The HIve Gallery and Studios is the sole USA gallery at Ultra: Emerging Art Gallery show in Tokyo, Japan for the 4th year. We will be participating this December in this show exhibiting work by 6 US artists.

The work of Ty Cummings will be featured on the Tall Wall – His art has taken a new direction…which I am lovin’ so be sure to drop in to check it out.

Cummings has lived in several areas of LA  – Venice (which is where I first met him), downtown and now Santa Monica. “I think the downtown scene is interesting, said Cummings, “with the arts district and art walk and big spaces available. However, the new Santa Monica railway makes seeing things more available now but also changes things up and makes people wonder what’s up if it’ll remain its vibe.” He will be showing a broad selection of his work, including several new ones such as Avenue.

Cummings continues to create his mixed media both on wood and canvas utilizing a variety of clever found objects. “Avenue is on wood, explained Cummings. “I used to live in a place called the Avenues and it was inspired by a street sign I saw downtown Los Angeles that was yellow and black and had some pink punk colored vandalism. Then I was inspired by a muse and it became itself. I like them when they’re worked just right, not too much, not too light.”  Another work created by Cummings is Whereabouts. This one is a favorite of mine. Ty told me he loved the tension between the different realities on it and the freedom but realism at times. http://www.tycummings.com/

There is a $5 suggested donation.