It’s your last chance to catch “MONEYGAME: THE SHOW,” by Los Angeles-based fine-art photographer Elizabeth Waterman in LA, as it is set to open at a London U.K. gallery in the fall, then in Boston (Spring 2023). The closing reception takes place on Sunday August 14, 2022, from 2-4pm. The event will feature a live pole dancing performance from @riv_escape, who will also participate in a Q&A about the North Hollywood Stripper Strike. 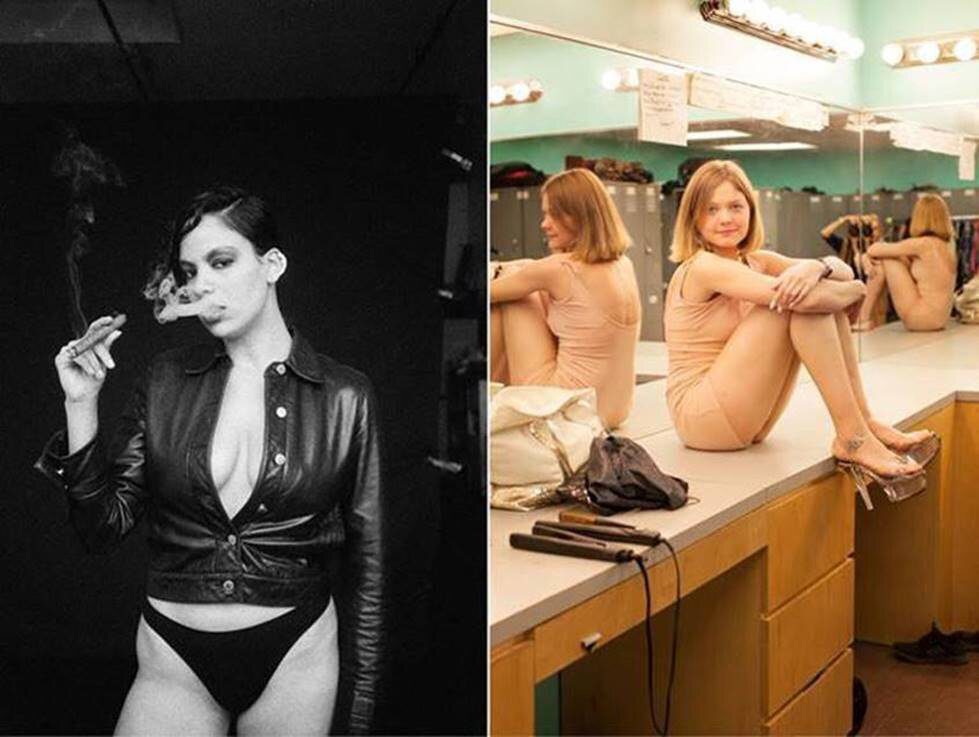 Over a period of five years, Los Angeles-based fine-art photographer Elizabeth Waterman spent her Saturday nights in clubs in five U.S. cities, photographing and building a rapport with the strippers and exotic dancers who make their livelihoods there. She captured them climbing the pole, putting on glittery outfits, and counting their dollars at the end of a long night. Images from this foray were introduced in her now sold-out coffee-table book “MONEYGAME” (XYZ Books, 2021). In a feature story on the project, the Los Angeles Times wrote that Waterman “recast the lives of exotic dancers through a female gaze.” “MONEYGAME: THE SHOW,” is the first-ever exhibition of this portfolio,

The exhibition presents photographs published in the book, and others that have never been shown – both onstage shots and reflective portraits. Taken primarily on 35mm and 120mm film from 2016 through 2020, the selections include shots from all the cities Waterman visited for the project: Los Angeles, New York, Las Vegas, Miami, and New Orleans. The exhibition was curated by Juri Koll, founder of Venice Institute of Contemporary Art (ViCA). A very limited quantity of the “MONEYGAME” book will be available for collectors who purchase prints, which will be available in three sizes.

With a nuanced gaze and the kindred spirit of a young female artist building her own body of work, Waterman celebrates her subjects’ humanity and commitment to mastering their art in service of larger life goals. Often, these women are using income from stripping as part of a well-considered strategy to pay off student loans, raise a family, buy a home, or launch a business.

About the stripper strike:  The strippers are picketing almost nightly outside the Star Garden Topless Dive Bar in North Hollywood for safer working conditions and to unionize the club, which would make it the only one in the U.S. at this time. A portion of the proceeds from print sales the day of the closing reception will benefit the Stripper Action Fund. Previously, a portion of proceeds from book sales were donated to Sex Workers Outreach Project-USA, a national grassroots social justice network dedicated to the fundamental human rights of sex workers and their communities, focusing on ending violence and stigma through education, community building, and advocacy.

About the artist: Elizabeth Waterman is a Los Angeles-based fine art photographer.  A through-line in her body of work is the depiction of the ongoing metamorphosis of artists and performers of many genres and sub-cultures. Waterman’s style is often cinematic in feel, elegantly composed, infused with directness, and suggestive of a story behind the image. Born in Taos, New Mexico and raised in Chicago, Illinois, Waterman began her career while living in New York City.  She holds a B.A. in Fine Art from the University of Southern California.

About ArtBarLA: ArtBarLA is an innovative space that showcases the work of many types of creatives, including a monthly visual arts group show in the gallery. In addition to exhibitions artist talks, and events, there is a stage for performances, and a bar featuring artisan craft beers (21 and over only).