“Leonard Bernstein at 100,” is currently on view at the Skirball Cultural Center. I attended the press event prior to the exhibit opening and was inspired to write an additional (more personal) article about how West Side Story affected me as a nine-year old growing up in the Bronx. Click Here to read that article. CLICK Here or Check the Upcoming Events Page (under the Features dropdown) for a list of upcoming events taking place in conjunction with the exhibition. 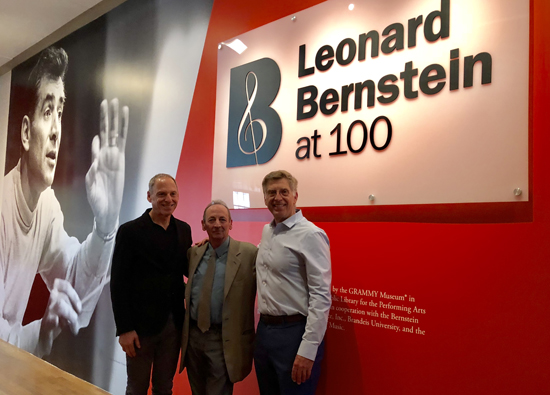 At the press event, I had the chance to speak with both Robert Santelli, Founding Executive Director of the GRAMMY Museum who curated the exhibition, along with Alexander Bernstein (the son of Leonard Bernstein), who both shared invaluable information. Santelli revealed he was not well versed on the genre, but thoroughly enjoyed his journey while learning about this musical icon.

The exhibition offers a birds-eye view into the life and career of this legendary man. Santelli chose to bookend the exhibition with two pianos used by Bernstein, one was his childhood piano where he was taught to play by teacher Helen Coates, and the other used in his later years. Many of his great works were created with this instrument. The exhibition features personal items, along with musical scores, correspondence, costumes, furniture, and audio and video recordings, plus photos, his conductor baton and his many awards. 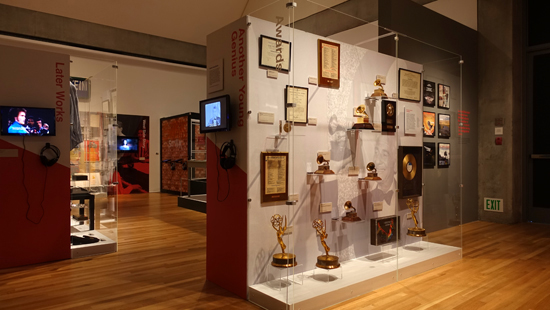 As fate would have it, the guest conductor (Bruno Walter) fell ill, and a snow storm prevented the music director (Artur Rodzinski) from taking over. Bernstein, at just 25 years of age stepped in with little to no rehearsal. The event aired on CBS Radio Network. It was a milestone in his career, rocketing him to success. Bernstein continued his upward journey as his diverse career as a conductor and composer took off. He traveled the world conducting prestigious orchestras such as the (later renamed the Israel Philharmonic Orchestra), the London Symphony, Vienna Philharmonic Orchestra. In the states, he was the Music Director of the New York Symphony Orchestra and the Music Director of the New York Philharmonic, for which he conducted over 1,000 performances. The list goes on and on. 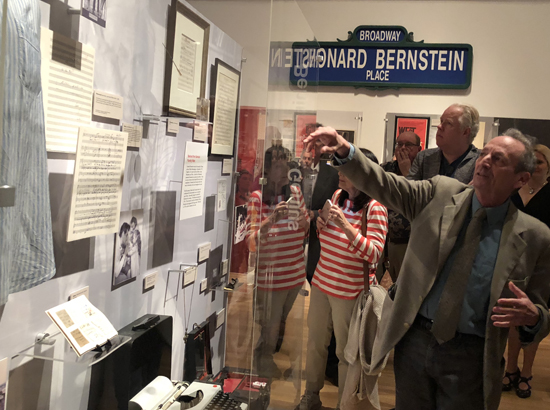 Alexander offered us intimate details about his father’s life. His parent’s marriage was a non-traditional one. His father was a bi-sexual man. While Bernstein traveled with his family to do concerts engagements, his male lover would often come along. Alexander explained that his mother knew about it, and it was an accepted part of Bernstein’s life.

Bernstein continued creating symphonies such as Age of Anxiety, and collaborating on musicals Peter Pan, Wonderful Town, the LARK and Candide. Trouble in Tahiti was written solely by Bernstein and opened in 1952. Bernstein collaborated with various respected people in the classical/Broadway music world, such as his mentor Aaron Copland as well as Jerome Robbins, who he would eventually team up with to create West Side Story which would become his most critically successful endeavor. 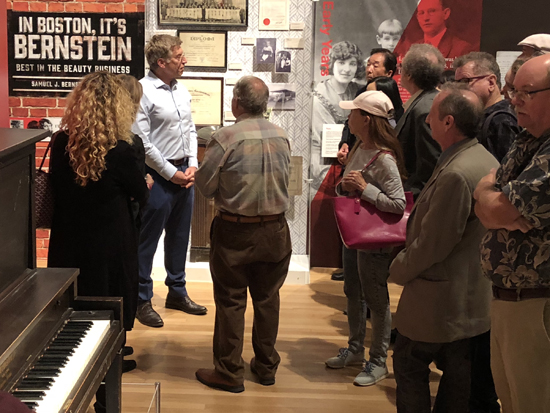 After working on his first and only film On the Waterfront (1954), Bernstein vowed to never again write music for a movie. Alexander (Bernstein) revealed that the composer had a distaste for creating background music. “He hated that he was asked to create nineteen seconds of passion…and it drove him crazy that people were talking over his music.”

Despite his frustrated experience working on the film, Bernstein went on to turn his On the Waterfront score into a concert suite which he would conduct at the premiere at Tanglewood (1955), where he would later become the Artistic Adviser. 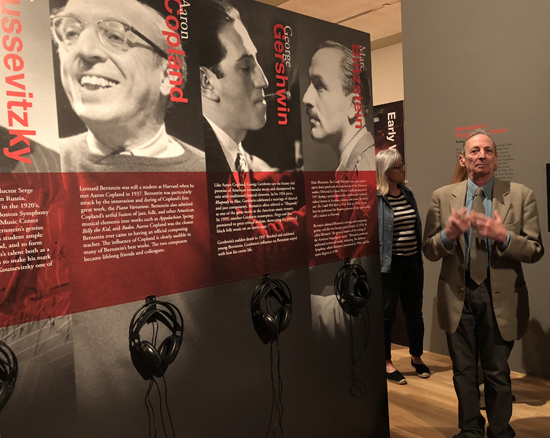 Bernstein was an avid letter writer. Santelli has compiled a group of letters (all digitized) expressing personal feelings Bernstein’s beautiful handwriting dating back to 1932. Alexander added, “Letters between my father and Aaron Copland (his mentor) are just gems.” These are worth taking the time to browse. His son went on to reminisce about the many gatherings that would occur in the family home with Lauren Bacall, Stephen Sondheim and more…he added, “Lots of laughter, glasses clinking and cigarette smoking.”

“Leonard Bernstein at 100,” will remain on view through September 2, 2018. Visit the website for a full list of events, as well as hours and admission. The Skirball Cultural Center is located at 2701 N. Sepulveda Blvd., Los Angeles, CA 90049. Exhibitions are FREE on Thursdays. For general information, call (310) 440-4500 or visit skirball.org.