Skip to content
How West Side Story Changed My Life

When I heard that the Skirball Cultural Center would be mounting an exhibition about Leonard Bernstein, I knew I had to see it. Leonard Bernstein left a monumental mark on this earth affecting audiences from all generations…all over the world. Born over a century ago, this legendary figure was a composer, conductor, poet, concert pianist, philanthropist, and political activist. 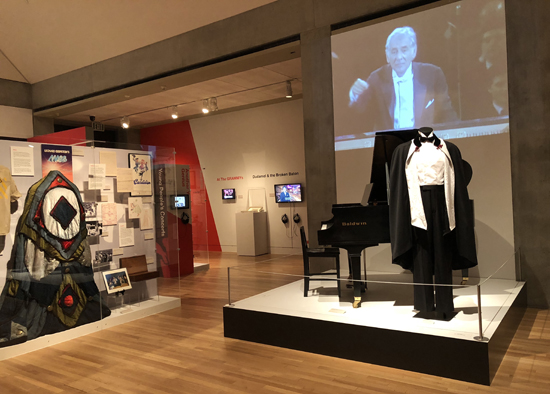 The Skirball Cultural Center honors his legacy with “Leonard Bernstein at 100,” with an in-depth retrospective of his life and career. The exhibition is organized by the Grammy Museum. Founding Executive Director Robert Santelli curated a beautiful exhibition.

Although the opening of both the Broadway show (September 26, 1957) and the premiere of the film (October 18, 1961) West Side Story took place prior to my birth…like many people of my generation, I watched it on TV. While walking through the exhibition, memories of that first experience flooded back. 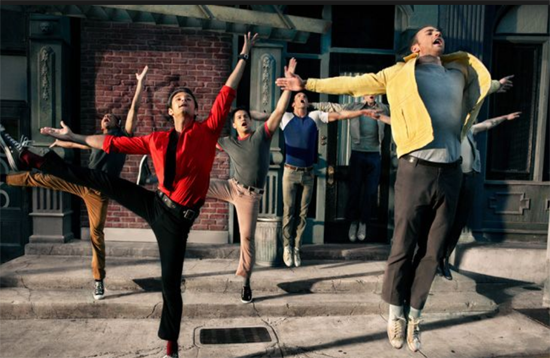 My parents loved opera, classical music, Broadway…so I’m sure their own sense of excitement created a more memorable experience for me. I remember that first time I saw it…sitting on the floor of my living room with my family around me as West Side Story aired on the television. It was like something I had never seen before. The magic of the music and story entwined and jumped off the screen at me. That was when I first realized that a work of fiction could have power over someone…to suspend one’s disbelief. At nine years of age, I was a jaded New Yorker, unsure as to how I could possibly believe that gang members would sashay across screen, leaping into an arabesque, all the while snapping their fingers – stay cool boy….real cool.

I grew up in the Bronx, in New York, and while I watched West Side Story on TV, there were real gangs running the streets just outside my apartment building. As a scrappy tomboy, I identified with the character named Anybodys…but when Tony and Maria met, and the world around them stopped – that scene made an impact. It brought me hope, and as corny as it may sound, it allowed me to believe…there was a place for me…somewhere.

Bernstein took an archaic, but legendary story (Romeo and Juliet) and updated it with an inner-city twist…and it affected kids (like me) who grew up in an urban jungle. The music (Leonardo Bernstein) and lyrics (Stephen Sondheim) left the biggest impression on me, but the choreography by Jerome Robbins also had an impact along with the book by Arthur Laurents.

The exhibition celebrates the musical in an interactive way. Attendees can take advantage of the enclosed Karaoke machine (for your ears only) and sing “I like to be in America”…or enjoy a photo op with a life size Maria on the fire escape. 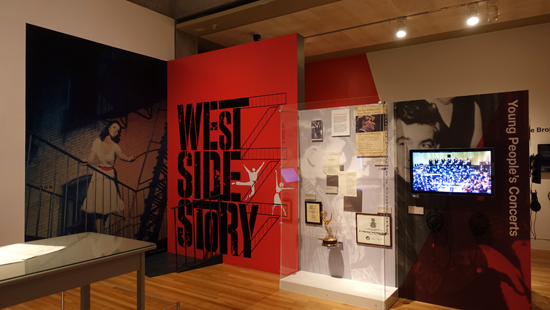 “Leonard Bernstein at 100,” will remain on view through September 2, 2018. Special events will take place at the Skirball Cultural Center in conjunction with “Leonard Bernstein at 100” – Click Here for a full list of events. Or Click Here for a more in depth article (by me) about the exhibition. The Skirball Cultural Center is located at 2701 N. Sepulveda Blvd., Los Angeles, CA 90049. Exhibitions are FREE on Thursdays. For general information, call (310) 440-4500 or visit skirball.org