Lowell Ryan Projects is pleased to present an exhibition of Robert Lazzarini’s most recent paintings titled “Rated R for violence” curated by Emma Frank. Lazzarini’s paintings are based upon the ubiquitous red title cards seen prior to movie previews. Indicating “appropriate for mature audiences only,” Lazzarini’s paintings emphasize violence as entertainment and the descriptive language as a reflection back upon the viewer. 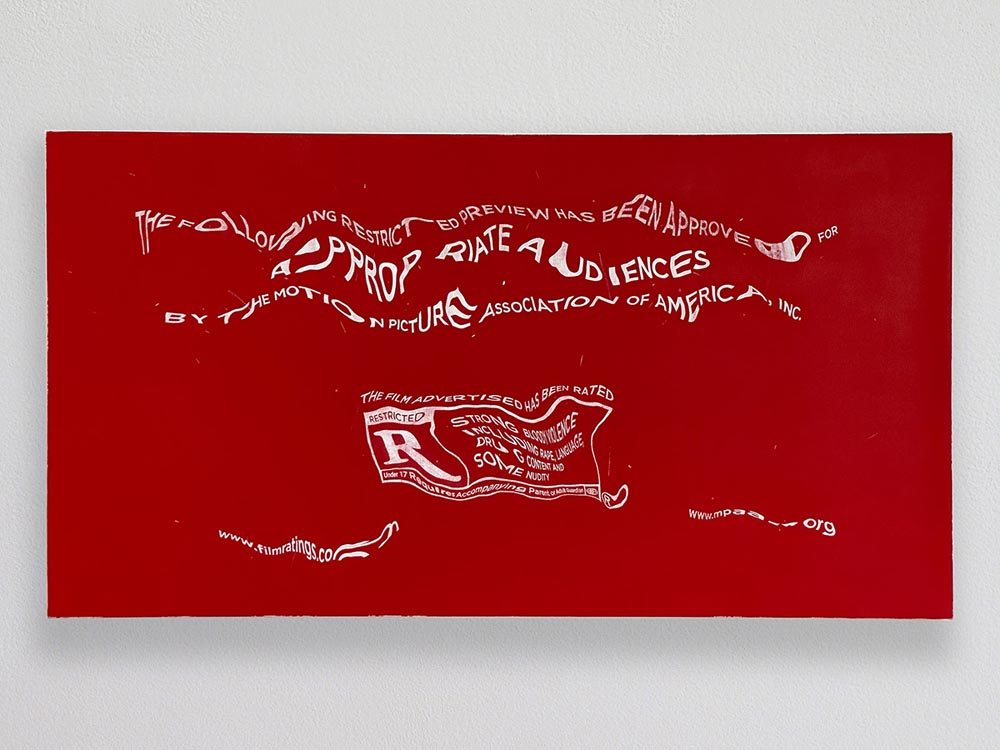 The Movie Picture Association of America first introduced descriptor texts on the red title card in 1990, and they were displayed more prominently as of 2013. The language used in the texts reduces the movie’s mature content to a few abject descriptive lines. The artist titles the paintings with each descriptor as a way of highlighting both the repetition of words and how they function as a proxy for the movie itself.

Included in the exhibition is a suite of small paintings depicting video game ratings by the Entertainment Software Rating Board (ESRB). Rated M for mature content, the descriptor language parallels that of the rated R movies, highlighting the disturbing and violent nature of the games.