At Bergamot Station…“Better Days Ahead,” which opened on January 8, 2021 is currently on view Von Lintel Gallery. The exhibition runs through March 5, 2022. Remember to confirm with gallery all covid protocols and guidelines – (proof of vaccination and masks MAY be required). 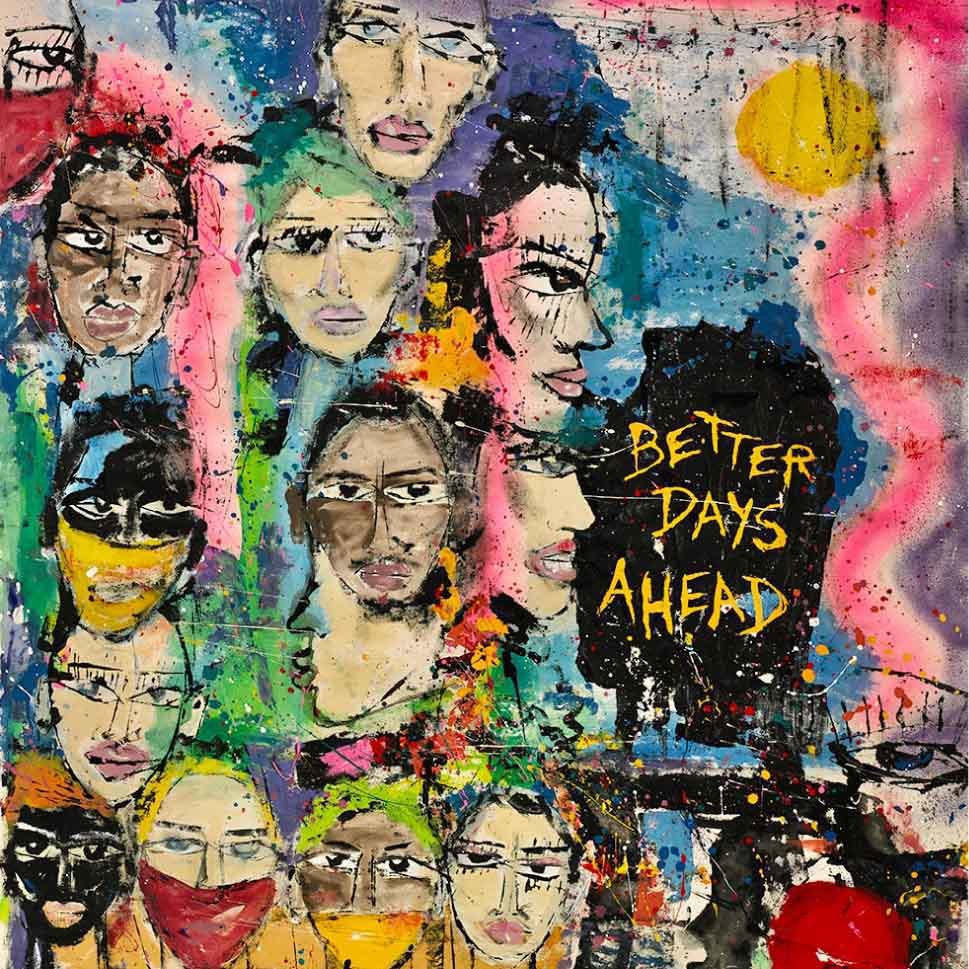 Miles Regis is known for his intricate mixed media paintings which often fuse image with text, making astute social and cultural commentary. His visual narrative is firmly based in the rich tradition and evolution of masquerades in his native Trinidad. Regis’s work is an emotional response to his life as a Black immigrant in America of 31 years. He has been painting commentary on race relations with a positive and unifying message his entire career.

Regis grew up in a large artistic family, which nurtured his creativity. He excelled at painting, singing and writing. After a fledgling music career in Trinidad, he moved to Los Angeles where he began his studies at USC in 1989. His creativity soared in this new environment which lead him to pick up painting again. Music is still a significant part of his creative process today. Poems and one-liners inspired by every day events incite his paintings. Regis’s canvases are a dynamic visual narrative that transforms the pain and ugliness of our contemporary world into an idiosyncratic beauty.