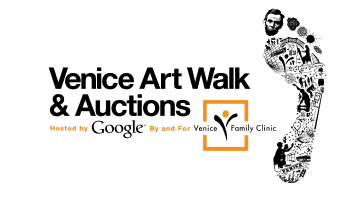 Don’t forget this is the big day for the Venice Art Walk & Auctions….see more info under the pick of the week. 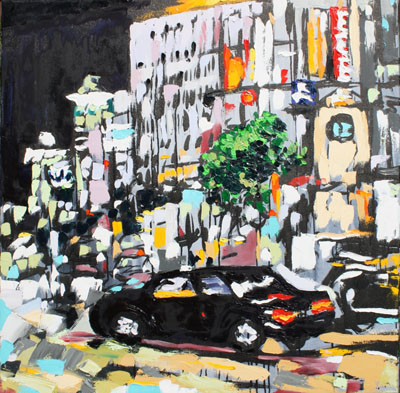 Beverly Hills artSHOW takes place today once again, in case you missed it yesterday.  Formerly known as “The Affaire in the Gardens,” the biannual art show is held every spring and fall. Featuring over 250-juried artists, it is one of the city’s most popular public attractions and has been taking place for almost 40 years.

Coordinator Karen McLean has been involved with the event for the past 12 years.  “It was time to put ‘art’ in the name of the show and really let the whole public know exactly what we’re about, We’re about art,” she explains. 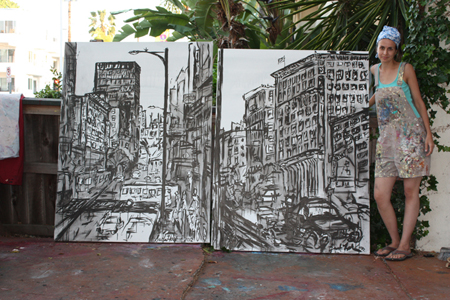 When asked about this current series, Brooke replies, “My paintings are inspired by different time periods in my life. Being witnesses to the experiences that shape me, strokes and images are like journal entries…some are made in an hour, while other paintings compile pieces over years. Recently I have come to understand that the process of painting feels like a meditation, and is my opportunity to connect to a power greater than myself.

She adds, “It is said that the world becomes a better place when each person connects to their joy…so I paint because I feel free and full of love.” 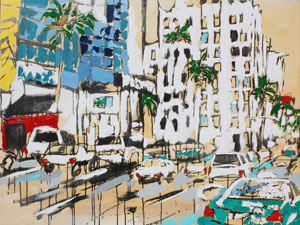 dmission is free. Parking is available and inexpensive in many City parking structures (see http://bit.ly/bhartshowpkg for details) located just south of Santa Monica Boulevard. Be sure to check their website. 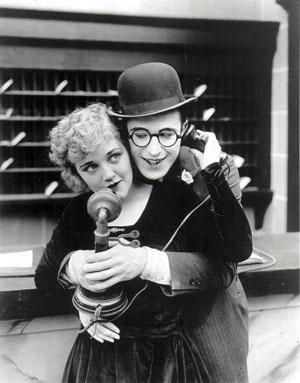 The Kid Brother (1927) The most important family in Hickoryville is (naturally enough) the Hickorys, with sheriff Jim and his tough manly sons Leo and Olin. The timid youngest son, Harold, doesn’t have the muscles to match up to them, so he has to use his wits to win the respect of his strong father and also the love of beautiful Mary.

High and Dizzy (1920) is a short film, which revolves around a young woman who sleepwalks and the doctor who is attempting to treat her. The climactic scene involves the young woman sleepwalking precariously on the outside ledge of a tall building. A subplot has Lloyd and his friend getting inebriated on homemade liquor and then trying to avoid a prohibition-era policeman who pursues them for being drunk.

Following the films, the Chamber Orchestra will host a supper party under the stars on the Ahmanson Terrace outside Royce Hall for VIP patrons. You must RSVP.

Hope to see you out there at all these wonderful events and Art Shows and Walks!  Till next time!