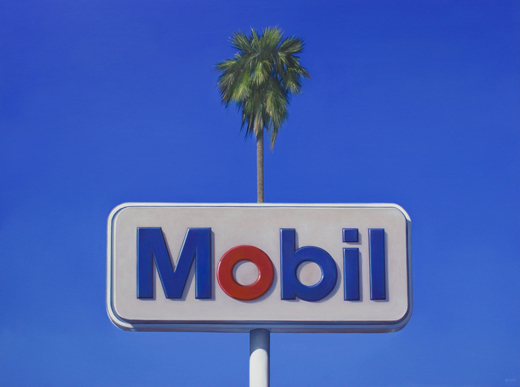 Nash first started creating art at a young age. He was intrigued by gas stations. He started drawing them at just twelve years old. His love of art continued through college. He graduated with a BFA from the University of Illinois at Urbana-Champaign. He originally started his career as an art director in advertising in Chicago. This is where his love of iconic images was reinforced. He relocated to Los Angeles in 2000 and continued to pay tribute to classic images, and spotlight the LA landscape. He works in oil and charcoal and has created numerous series around these memory-laced visuals. This West Coast Realist finds inspiration in cinematography, pop art and realism.

Nash’s work has been featured at Laguna Art Museum, Tucson Museum of Art, Palm Springs Museum of Art and the Riverside Art Museum. He currently lives and works in Yucca Valley, California.

Terry Leness received a BA in Art History from Harvard in 1981 and began painting full time in 2008. She is a photorealist painter who has been inspired by her journeys across the U.S. 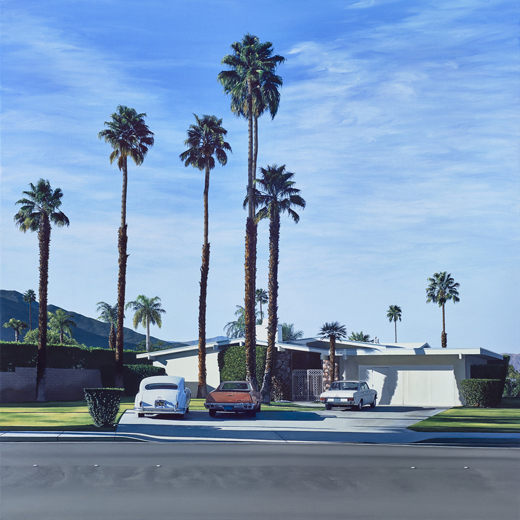 Road Trip allows all of the elements in Terry’s paintings to shine in one body of work. Drawn in a meandering line from Port Angeles, WA to the Salton Sea, each image strikes a note of interest for the artist. Campers are well represented in their varying degrees of decay or shiny re-birth. The formerly ubiquitous, but now increasingly hard to find, quirky old roadside motel figures largely in several of the paintings and, as always, there is a good representative of mid-century modern architecture, albeit with a moody twist. In each painting Terry trains her eye on every detail, no matter how mundane. Brilliant light, deep shadows, strong color and repetitive forms lend interest to even the most ordinary subjects and are the very elements that best define and describe her work.