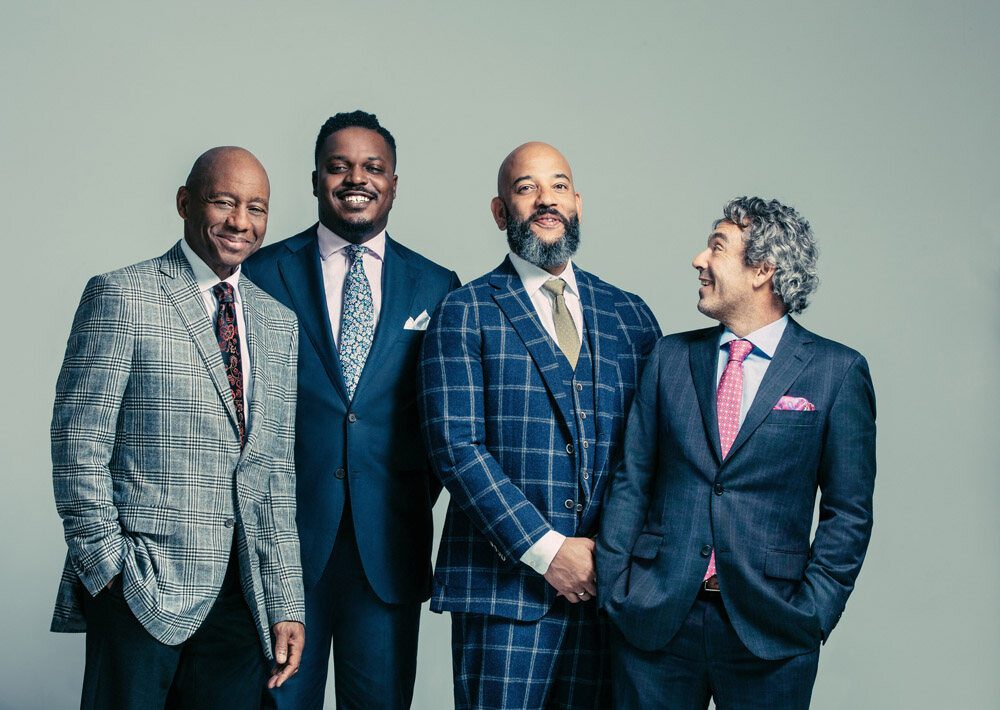 One of the most influential and revered figures in contemporary music, saxophonist Branford Marsalis is equally at home performing concertos with symphony orchestras or sitting in with members of the Grateful Dead, but the core of his musical universe remains the Branford Marsalis Quartet. Celebrated for their original compositions, as well as their uncompromising interpretations of jazz standards and popular classics, the ensemble’s latest Grammy nominated project The Secret Between the Shadow and the Soul finds the quartet at a new peak, expressing a variegated range of moods and incorporating classical and operatic elements.

Branford continues to thrill audiences around the world while racking up achievements across diverse musical platforms, even after four decades in the international spotlight. From his initial recognition as a young jazz lion, he has expanded his vision as an instrumentalist, composer, bandleader and educator, crossing stylistic boundaries while maintaining an unwavering creative integrity. In the process, he has become an avatar of contemporary artistic excellence winning three Grammy Awards, a Tony nomination for his work as a composer on Broadway, a citation by the National Endowment for the Arts as Jazz Master, and a 2021 Primetime Emmy nomination for the score he composed for the Tulsa Burning documentary.

A frequent soloist with classical ensembles, Branford has become increasingly sought after as a featured soloist with acclaimed orchestras around the world, performing works by composers such as Copeland, Debussy, Glazunov, Ibert, Mahler, Milhaud, Rorem, Vaughan Williams and Villa-Lobos. His legendary guest performances with the Grateful Dead and collaborations with Sting have made him a fan favorite in the pop arena. Branford’s screen credits as a composer include original music for: Spike Lee’s Mo’ Better Blues, The Immortal Life of Henrietta Lacks starring Oprah Winfrey, Ma Rainey’s Black Bottom starring Viola Davis and the late Chadwick Boseman, and the History Channel’s documentary Tulsa Burning: The 1921 Race Massacre.