After joining forces in 2004, HERA and AKUT merged their names and styles to collaborate as HERAKUT. Since then, the duo have been painting murals all over the world, along with additional work on canvas, paper and film for gallery and museum shows. Beyond international exhibitions around the world (France, Gaza, Germany and Jordan, among many others), the art of HERAKUT has been featured at live festival showings at Glastonbury (U.K.), Coachella (U.S.) and more. This is the second solo exhibition with the gallery.

Adrian Cox, (from left to right) Painter with Spectral Vision, Veiled Healer with Herbal Remedy, and Forging the Fatherdress

The St. Louis-based painter, scholar and philosopher is a compelling story teller. For his forthcoming exhibition, Cox explained that his new works examine the interconnectedness between human identity and nature, and ultimately serve as a celebration of otherness. 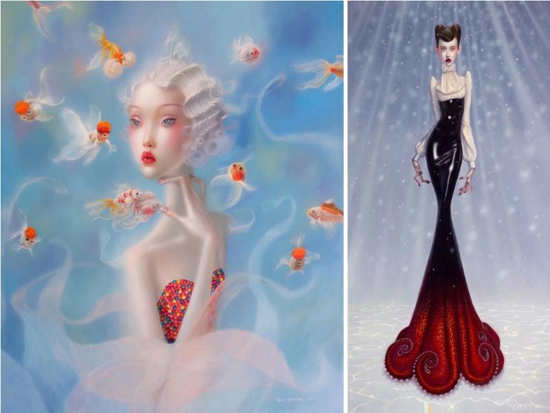