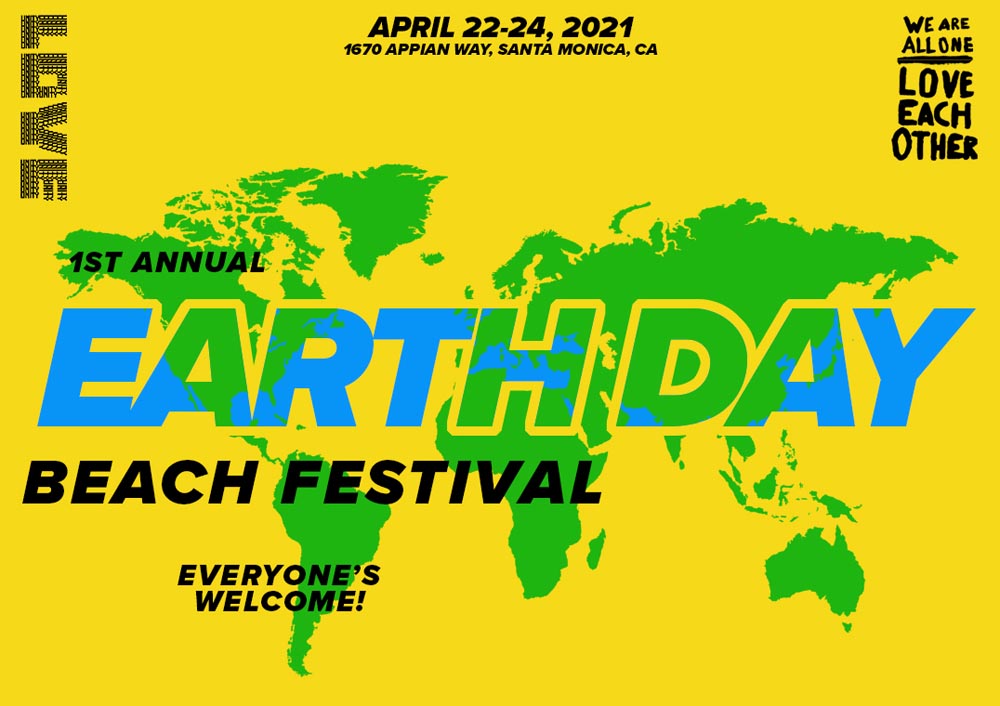 Love Unity Global, FACES Collective, Outta Your Mind Entertainment, Disclosure Festival, Lost & Found, AfterShockFam, One Love Festival, EcoJoe and other volunteer members of the community are collaborating to positively impact the beaches of Santa Monica and our Earth as whole, this coming Earth Day weekend. Every Saturday for the last 28 consecutive weeks Love Unity, FACES Collective and EcoJoe, in addition to their adopt reusables initiative, have hosted a trash pick up on the south side of Santa Monica Pier that culminates with music, arts and wellness activities as a demonstration for Loving & United Communities.

For Earth Day they have opened their platform to collaborators for a celebration featuring EcoJoe’s Trash Pick Up and multiple stages including music, art, dance, yoga, meditation, sound healing, workshops and more.

An estimated 14 billion pounds of trash -most of it plastic -is dumped in the world’s oceans every year. In 2016, the US alone produced over 2.24 million metric tons of plastic waste, 1.5 million tons being produced in coastal cities (National Geographic). Currently, Love Unity and FACES Collective have gathered over 3000 Lbs. of trash left on the beaches of Santa Monica. Love Unity and its trash pick up collaborators’ five year goal is to pick up over 243,000 Lbs. of trash, roughly 121.5 tons. The goal is to ignite communities around the globe to take on similar projects that demonstrate love and unity through ecological awareness in their communities. When 100 communities in the U.S. take up this project, over five years the impact will remove over 12,150 tons of waste from the ocean.

When as many as 1000 communities in the US take on this endeavor, the impact would remove as much as 8% and 121,500 metric tons of waste out of the ocean over 5 years. Every community and individual has the ability to positively impact our ecosystem.

Love Unity Global is an action based community that held its first weekly demonstration at the Chinese Theatre in Hollywood on Oct 4, 2020. It was founded by Will Shares as a people’s movement that empowers loving and united communities worldwide. They’ve grown quickly to thousands of participants in their collaborative projects that engage the community in demonstrations of love and unity.