Skip to content
Additional Art Parties/Events – Last Half of October 2017!

October 12–14, 2017:
The Dorrance Dance Company launches its 2017/18 season of Dance @ The Wallis Annenberg Center for the Performing Arts in Beverly Hills on October 12-14, 2017. This is the West Coast premiere version of Myelination featuring original live music.

October 14, 2017:
Audi and The Rescue Train present the 12th annual RACE FOR THE RESCUES. The Rescue Train’s largest annual fundraising event, Race for the Rescues began twelve years ago, and has raised over $3.75 Million to help save the lives of thousands of homeless animals in Southern California. Golden Globe and Emmy Award-winning actress Jane Lynch will be this year’s host.

October 14, 2017:
Noysky Projects presents A Narrow Passage, a multidisciplinary exhibition that explores themes of constriction, compression, and concealment as a way to relate to personal biographies. Abstract works from A Narrow Passage are comprised of materials that twist, turn, choke, or smother to the point of collapse, while others have approached constriction in a more gratifying way, like pleasure derived from pain. Artists include: Lana Duong, James Gilbert, Jenalee Harmon, Megan Mueller, Jenny Rask, Nicolas Shake, Katya Usvitsky, and May Wilson. 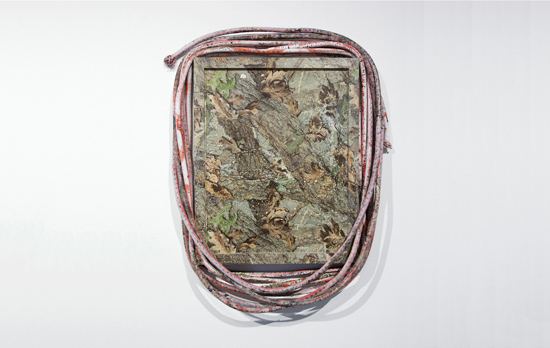 This year marks the 10th annual Air New Zealand Art Show and Wine Tasting, and to celebrate we’ve put together an amazing selection of artists, wine, Kiwi fare and entertainment.

October 14, 2017:
The Wallis Annenberg Center for the Performing Arts (The Wallis) presents Turn Me Loose, a comedic drama by Gretchen Law, produced by John Legend and Mike Jackson, about the life of trailblazing comedian and civil rights activist Dick Gregory who passed away last month at the age of 84. The production, under the direction of John Gould Rubin, will open in The Wallis’ Lovelace Studio Theater, which will be transformed in part into a comedy club. For additional info see the Upcoming Event Feature. Single tickets are available for $60 and $75; Performances runs through November 19, 2017: Thursdays–Fridays at 8pm; Saturdays at 2:30pm & 8pm; Sundays at 2:30pm; Wallis Annenberg Center for the Performing Arts, Lovelace Studio Theater, 9390 N. Santa Monica Blvd, Beverly Hills, CA, 90210; http://www.thewallis.org/

October 19, 20, 2017:
In Santa Monica….Take in some theater at the BFF (Binge Festival of Theatre). One traumatic episode as a teenager can alter the way life flows – written and performed by noted actress-producer-writer Ruchika Mandhyan. All seats are free as part of the Second Annual Santa Monica Playhouse BFF Binge Festival of Theatre. The BFF (October 16 – 29) offers over 4 dozen FREE plays, workshops and family friendly events. Show times: 7:30pm; Reserve a seat at 310-394-9779 ext 1; The Other Space @Santa Monica Playhouse, 1211 4th St., SM 90401;  http://www.santamonicaplayhouse.com/

October 21, 22, 2017:
The fall edition of the The Beverly Hills artSHOW will be held October 21 & 22, 2017 from 10am to 5pm. The free show features art by over 245 artists from around the nation who showcase their work in painting, sculpture, watercolor, photography, mixed media, ceramics, jewelry, drawing and printmaking. See the Upcoming Event Feature for more info. Event runs Sat/Sun, 10am-5pm; Beverly Hills artSHOW, Santa Monica Boulevard between Rodeo and Rexford Drive. http://www.beverlyhills.org/

October 21, 2017:
Please join Skidmore Contemporry Art  for wine and conversation with artists Jaime Guerrero and Bradley Hankey. The artists will speak about their processes, and give an inside perspective of the concepts behind their work. The shows are both on view until October 28th. Vit the Artists & Exhibitions page for more details about this show. Art talk: 4pm; Skidmore Contemporary Art, Bergamot Station 2525 Michigan Avenue, B-4 Santa Monica, 90404; http://www.skidmorecontemporaryart.com/

October 21, 2017:
Hauser & Wirth Los Angeles celebrates the art of Mike Kelley. Organized in collaboration with the Mike Kelley Foundation for the Arts, ‘Mike Kelley: Kandors 1999 – 2011’ is the most comprehensive survey ever mounted of the last body of work by the celebrated late Los Angeles artist.

October 21, 2017:
Get into the spirit of Halloween – Dress up while enjoying a sscreening of A Night of the Living Dead…Intelligent, crafty and terrifying, the late great George Romero single-handedly started the zombie horror genre. Take a pix in the free photo booth, and pack a picnic with beer and wine in the Hollywood Forever cemetery! Freixenet Cava will be offering complimentary bubbly for guests with 21+ valid ID. tickets $12-$16; Doors open: 5:15; Screening: 7:00pm; Hollywood Forever cemeter, 6000 Santa monica Blvd., Click Here to purchase tickets;

October 21, 2017:
Longtime performer/activist Barbara Dane is set to be featured at UCLA’s Royce Hall for a 90th Birthday Concert. Celebrating a Lifetime of Jazz, Blues, and Songs for Peace and Justice, Dane will be joined by renowned jazz pianist Tammy Hall’s Trio, with special guests, the Chambers Brothers. The evening’s guest artists include Pablo Menéndez, leader of Cuban band Mezcla, and Cuban blues and rock musician Osamu, Dane’s son and grandson. Performance: 7pm; Royce Hall, UCLA, (north side of campus) 340 Royce Drive, Los Angeles, CA 90095; Get a Discount by using the code PROMO50 when you order tickets from UCLA website: http://cap.ucla.edu/ 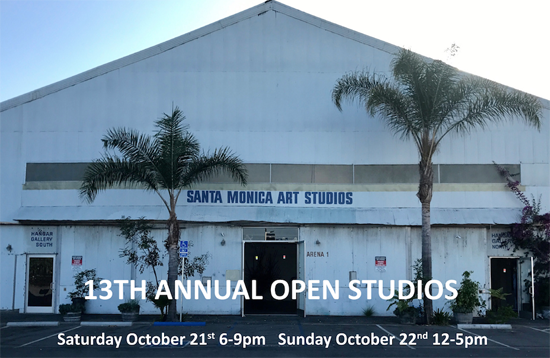 October 23 – 31, 2017:
Start celebrating Halloween early with “INVASION” at The Magic Castle® Members & their guests* are welcome to join the party in their Halloween’s best for the biggest week of the year at The Magic Castle®: Halloween Week! The Magic Castle will transform the club into its very own “INVASION!” inside-out! Think retro “War of the Worlds,” “Invasion of the Body Snatchers,” “The Day The Earth Stood Still,” etc.

The art of Brayden Bugazzi will be featured. Brayden explained the work he is exhibiting, “I am showing a collage fusing vintage space exploration recreating a famous photograph from the Moon landing, to the new modern dreams of reaching further out to Mars and beyond. This will play into the Space, invasion theme that the Magic Castle is building with their Halloween event.”

October 28, 2017:
Cinespia Presents at the Los Angeles Theatre present a dreamy night of fantasy, magic and a masquerade ball in one of the most opulent movie palaces in the world! The dark musical fable features the superstar who fell to earth David Bowie in his enchanting role as the glam rock fairy-tale dandy, Jareth the Goblin King, supported by a cast of bewitching monsters from visionary Jim Henson. An unearthly evening full of illusions and delights, with Labyrinth on the big screen. Magic shows, live music, full bars, photo booth and surprises aplenty to explore in the hauntingly historic Los Angeles Theatre.

COSTUME REQUIRED FOR ENTRY. 21+ (wit h valid ID). Our friends at Freixenet Cava will be on-site to toast this Halloween event with some complimentary bubbly for our guests. Happy Halloween! Admission: $35-$85; Doors open: 7:00pm; Show: 9:00pm; 21 and over; The Los Angeles Theatre, 615 South Broadway, LA, Click Here to purchase tickets.

Check back the last week of October for an update!