In 2022, Ayara Thai celebrates 18 years in business located in the Westchester neighborhood of Los Angeles, CA. Established in 2004, Ayara Thai cuisine continues the tradition of crafting home-cooked food for those dining out. CLICK HERE to read my review on our sister site EatTravelGo.com or visit the Stories Section / Dining Drinking / Reviews. 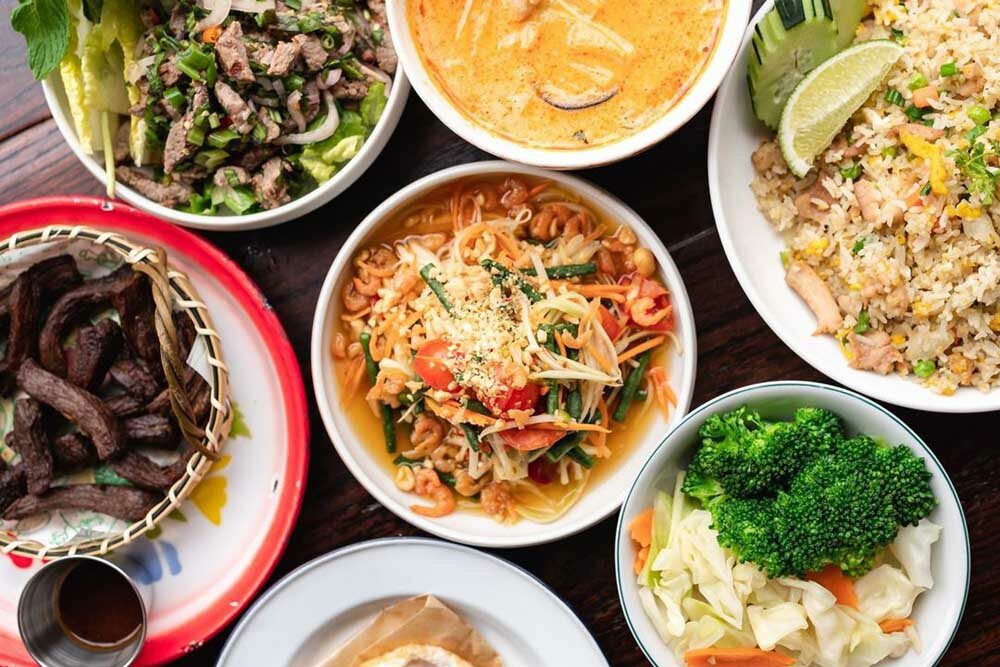 Growing up in a Thai-Chinese community in the Samsen District along the banks of Bangkok’s Chao Phraya River, Chef and restaurateur Andy Asapahu received his cooking and business prowess by helping his mother cook. Not only did Grandma’s (Andy’s mother) large batches of food feed her family of eight, but also those in the neighborhood, who would stop by to purchase her well-known curries. As a result of the home’s location between the palace and the river, both royal cuisine and the bustling spice trade helped to shape the home-cooked flavors so savored.

Anna, wife of Andy and self-taught chef, hails from the city of Lampang in the heart of northern Thailand and grew up in a family that primarily cooked with home and locally-grown fruits and vegetables. Since Ayara Thai’s opening day in 2004, head Chef Anna remains a leader in the kitchen and continues her family tradition by using home-grown herbs in the restaurant’s dishes. Reflecting both the dishes she ate in the past, as well as her family’s values in sustainable dining, she ensures dishes inspired and prepared with only the freshest ingredients that the season has to offer. 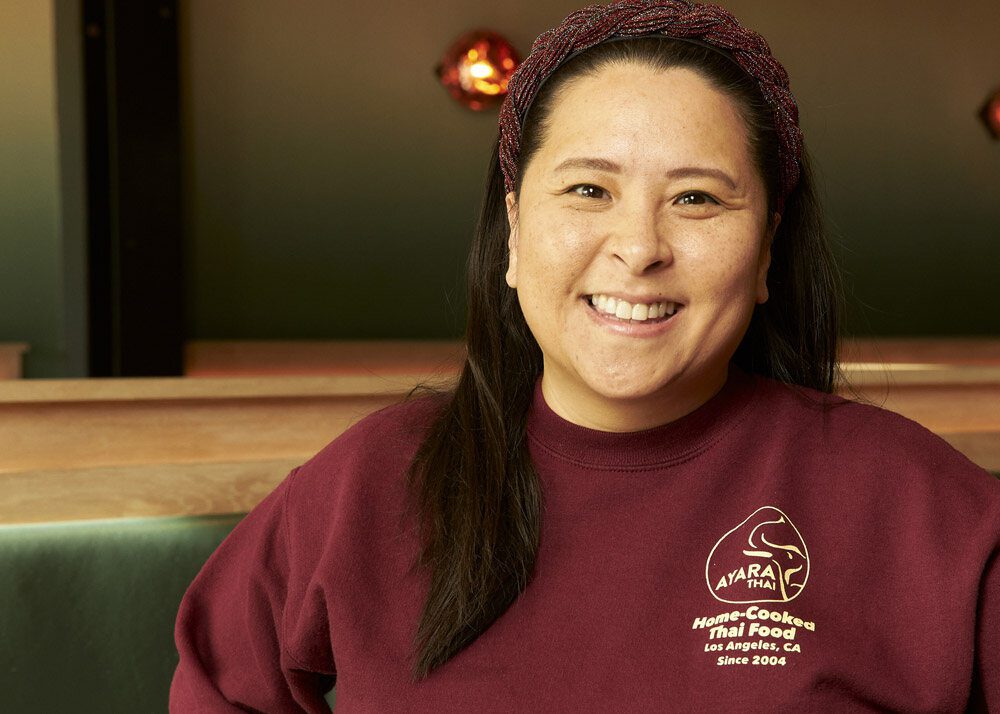 Today, having survived the Great Recession and the COVID-19 pandemic, the family traditions of Andy and Anna are continued and developed into the third generation at the restaurant, through their daughter Vanda. Living and working in Thailand for four years allowed Vanda to revive old family recipes, while traveling through the nation’s different regions has allowed her to discover new tastes and inspirations. After cooking with relatives and eating her way through the streets and countryside, it is these old recipes and new flavors that Vanda brings back to share at Ayara Thai.

With family recipes and cooking styles passed down through generations, the Asapahu family is pleased to offer a taste of authentic Thai food, where quality is never compromised. Using the freshest ingredients, each dish is prepared from scratch and enhanced individually by herbs and spices to ensure the boldest, most genuine flavors. In 2019, under Chef Vanda’s leadership, Ayara Thai earned a Michelin Bib Gourmand. In 2022, Chef Vanda was chosen as the first female Host Chef for Masters of Taste, LA’s premiere food event of the year, and also graduated from the James Beard Women’s Entrepreneurial Leadership Program. She is an integral member of the Regarding Her Food Membership Committee, and is an outspoken advocate of commanding the worth Asian cuisines deserve. 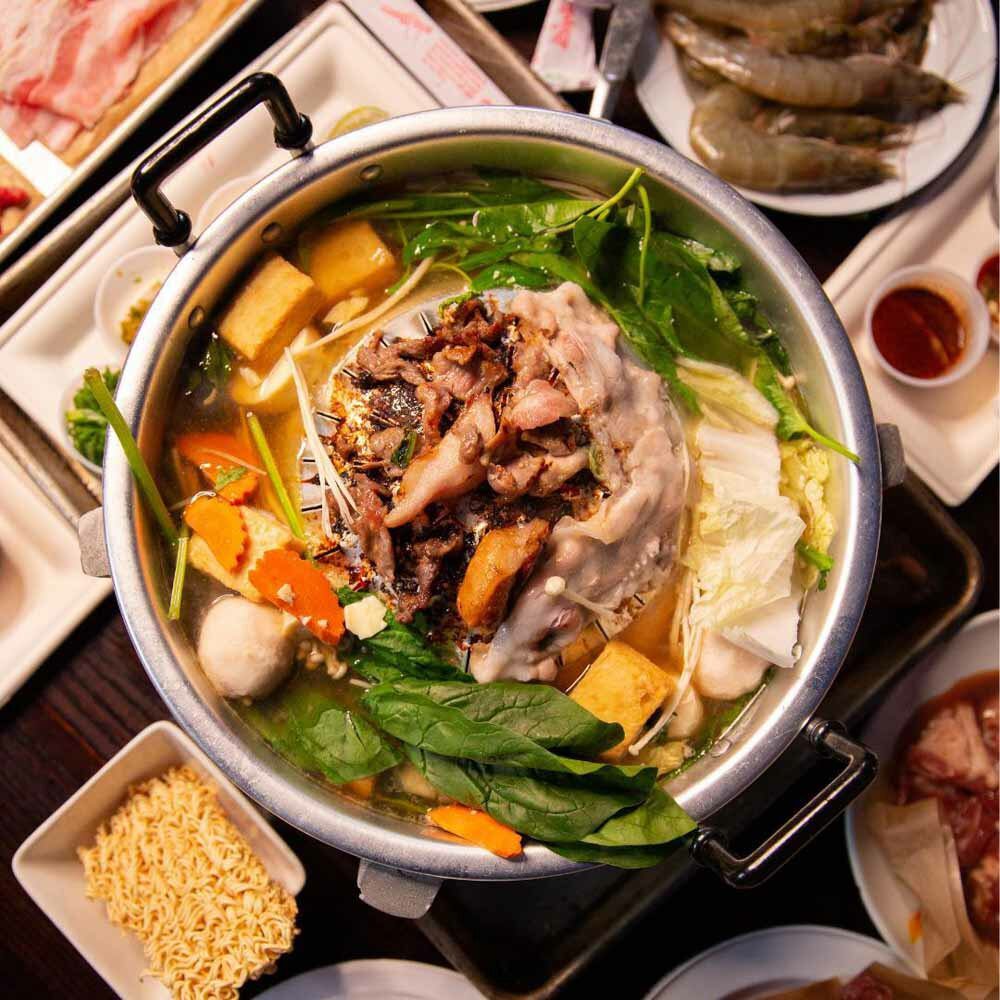 In addition to the Ayara Thai restaurant, the Asapahu family owns Ayara Thai Products— premium cooking kits and sauces made with the freshest local ingredients using their generations-old family recipes and available to ship to the contiguous United States. https://ayarathai.com/