Skip to content
October 13 – November 12, 2017: Turn Me Loose  at Lovelace Studio Theater  at the Wallis!

Wallis Annenberg Center for the Performing Arts (The Wallis) launches its 2017/18 theater season with the West Coast premiere of the Off-Broadway hit Turn Me Loose, a comedic drama by Gretchen Law, produced by John Legend and Mike Jackson, about the life of trailblazing comedian and civil rights activist Dick Gregory who passed away last month at the age of 84. The production, under the direction of John Gould Rubin, will open in The Wallis’ Lovelace Studio Theater, which will be transformed in part into a comedy club, on Friday, October 13 at 8pm. 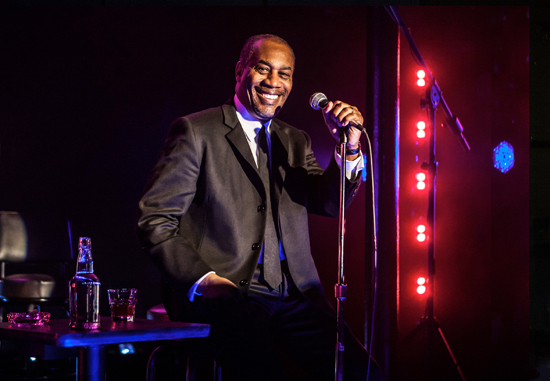 It stars Emmy and NAACP Image Award-winner Joe Morton (ABC’s “Scandal”) in a tour-de-force performance as the pioneering satirist. The play also features actor John Carlin, as well as an original song by Legend. The limited engagement runs Thursdays through Sundays and has been extended through November 12. Turn Me Loose is made possible in part by the generous support of The Sheri and Les Biller Family Foundation.  Turn Me Loose explores the influential life of 1960s comic genius Dick Gregory, the first Black stand-up to make white audiences laugh at the absurdity of bigotry. The play reveals how the power of activism enticed Gregory from one of the most successful show business careers of the postwar era into a life of sacrifice and danger alongside Martin Luther King, Medgar Evers and other Civil Rights leaders.  Wielding razor-sharp wit, Gregory hacked away at myths about race, poverty, war and politics, up until his passing in August 2017.

Single tickets are now available for $60 and $75. For more information or to purchase tickets, visit TheWallis.org/TML, call 310.746.4000, or stop by in person at the Wallis Annenberg Center for the Performing Arts Ticket Services located at 9390 N. Santa Monica Blvd., Beverly Hills, CA 90210. Ticket prices subject to change.  The Wallis also offers three different options to subscribe to the 2017/18 season: the Premium Subscription Series; the Design-Your-Own option; and the new 3-show Flex Pass for $99, created for busy young professionals—39 and younger—giving the most flexibility to join The Wallis family of subscribers. Learn more at TheWallis.org/Subscribe.