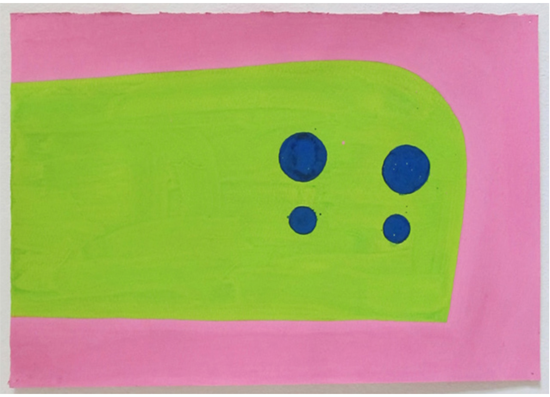 erie, a group exhibition featuring twenty-one contemporary artists, many represented by CB1 Gallery but also a few surprises—younger artists as well as several whose work has not been seen in LA in recent years. The paintings, many of modest size, vary in medium from traditional oil and acrylic to gold leaf and other non-traditional materials; the drawings include graphite, ink and natural pigment drawings and range from post-it note size to much larger scale drawings. 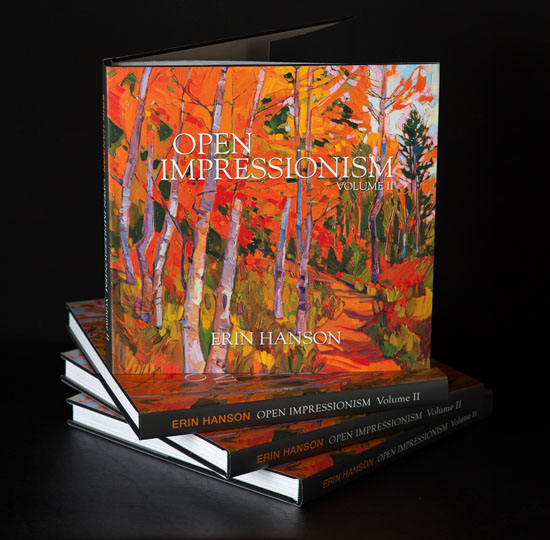 Guests will enjoy live music, a special microbrew tasting by 559-Beer and a special book signing. Attendees will also get to experience Erin’s latest works including her recent 13-foot landscape, Field of Blooms.

The gallery is located just where the 2 meets the 5 and all are invited (21+).

In the Mid Wilshire area…The Icon hosts a solo photography exhibit featuring the work of Kristina Harrison from 5-8 pm; The Icon, 5450 Wilshire Blvd, 90036; 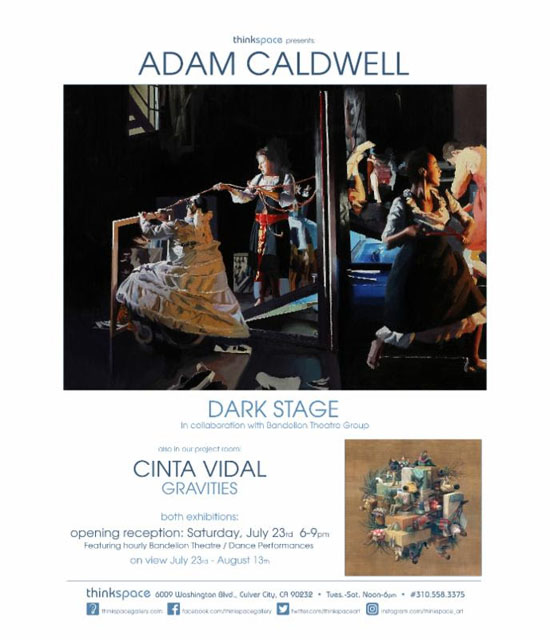 Thinkspace Gallery celebrates two exhibitions….In the main gallery, it will be showcasing Adam Caldwell’s new body of work. The new oil paintings for ‘Dark Stage’ are by far his strongest and most cohesive body of work to date. A game changer for this amazing talent out of the Bay Area. In the project room, Thinkspace Galelry welcomes Cinta Vidal out of Spain.

The opening reception will feature two special performances from the Bandelion Dance Troupe, whom posed for Caldwell for many of the paintings featured in this exhibition. There will be performances at 7PM and 9PM.

See tomorrow’s page – Sunday for info on an art talk at 2pm. Enjoy a special talk with Caldwell and an extended performance from Bandelion on Sunday, July 24 at 2PM. 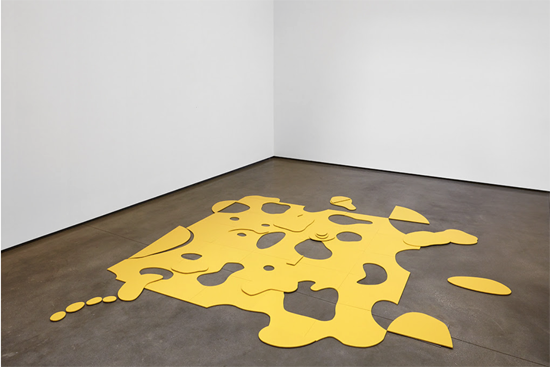 DearMeatCutsDevilMayCry is Costa’s first solo show in the United States. Adriano Costa culls his materials from the detritus of contemporary existence. He weaves together poetic tableaux from objects and images generally regarded as ephemeral, accidental, or discarded. In his work these forms find new life while retaining markers of their disvalued state, allowing the artist to hold up a mirror to the social divisions, the pervasive dread, and the paradoxical, fallen beauty that characterize life in the first quarter of the 21st century. Costa’s practice often involves working on site in whatever city his next exhibition will take place, and he combines materials foraged from the urban landscape of his native São Paolo with those he finds in his temporary adopted homes. DearMeatCutsDevilMayCry will therefore reflect the booming and broken dream-state that is Los Angeles, the political and economic disasters facing Brazil at a moment when it is very much on the world stage, and the perennially decaying cornucopia of information that is the Internet, where a large part of the global population currently maintains a second residence.

“Slaves and Humans” is an exhibition of new ceramic sculpture by Ruby Neri. In her sculptural practice Ruby Neri embraces a broad spectrum of figuration, drawing upon idiosyncratic 20th century West Coast traditions as well as a global catalogue of art historical and anthropological modes.

Head to the Downtown Arts District…

Visit the website to see a sneak peek of the exhibition.

Artists will be present and light refreshments will be served!

Also in this area…

en’s Crescent” debuts new photography by the artist. The exhiibition was dubbed Queen’s Crescent, the name of the street where Johnson’s studio currently resides in London. Once a thriving market place in the midst of a booming metropolis in the mid-ninteenth century, the market place now faces possible distinction.

Growing up in the Los Angeles area, curator and artist Patrick Martinez has long been fascinated with the geography and culture of greater Los Angeles.

SUBLIMINAL PROJECTS and OBEY CLOTHING are pleased to present “Banned In Babylon: The Art and Culture of Bad Brains.”

The group exhibition features works on paper and paintings on canvas by Darryl Jenifer; photographs by Lucian Perkins, John Mo 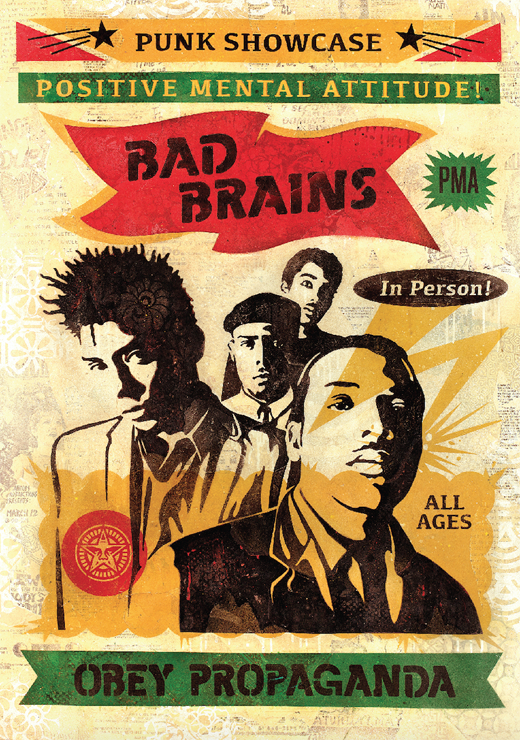 usheghian, and Jeannie “Aunt Jean” Pawlowski; mixed-media paintings and prints by Shepard Fairey; and an assortment of memorabilia including rare vintage flyers, posters, and records.

An RSVP is required to attend: rsvp@subliminalprojects.com