For the first time since 2013, the music of Richard Wagner has returned to LA Opera with a masterpiece of 19th-century German Romantic opera, “Tannhäuser.” The show opened on October 16, and will run through November 6, 2021. Read a review by one of our staff writers for this production on our Reviews Page or CLICK HERE for direct link. 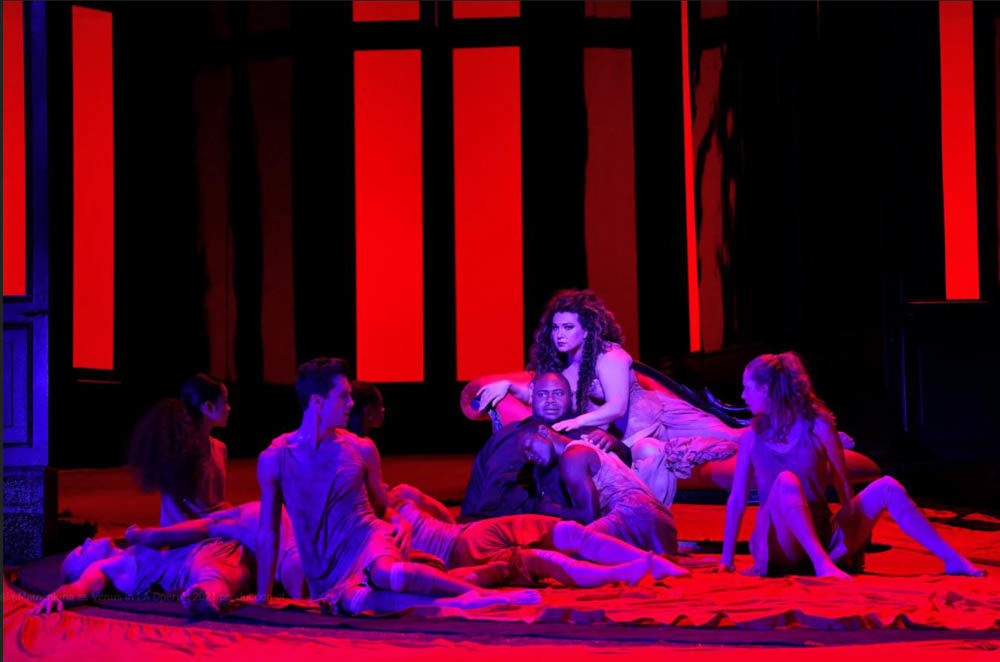 Yulia Matochkina as Venus and Issachah Savage as Tannhauser in LA Opera’s 2021 production of “Tannhauser”; photos by Cory Weaver; courtesy of LA Opera

Born into a musical and religious family from the Philadelphia area, tenor Issachah Savage returns to LA Opera for his first performances of the incredibly challenging title role. Since making his company debut as Narraboth in Salome in 2017, he has emerged as a major interpreter of the heroic tenor repertoire, with performances as Bacchus in Ariadne auf Naxos with the Seattle Opera and with the Théâtre du Capitole in Toulouse, as Radames in Aida at the Dallas Opera and as Siegmund in Die Walküre with both the Canadian Opera Company in Toronto and the Opéra National de Bordeaux.

Dance is a crucial element in the opera’s storytelling, with a major ballet (the Bacchanale, set in the mystical realm of Venus) as the centerpiece of Act One. This production will feature new choreography created by Aszure Barton, making her company debut. A recipient of Canada’s prestigious Arts & Letters Award, Barton has choreographed for Alvin Ailey American Dance Theatre, English National Ballet, American Ballet Theatre and opera companies around the world. She has created works for Mikhail Baryshnikov and Misty Copeland, and she made her Broadway debut in 2006, choreographing The Threepenny Opera.

In addition to the in-person performances at the Dorothy Chandler Pavilion, LA Opera will livestream two performances (October 24 and 27) of “Tannhäuser” for viewers worldwide to access from the comfort of their homes via the company’s On Now digital platform. For those who attend in person, LA Opera’s new vaccination policy, along with a new, state-of-the-art air filtration system and enhanced cleaning protocols, will ensure the best and safest possible experience for audiences, artists and staff, the company’s top priority. (See below for more information.)

Vaccination is required for entrance; Visit the website for more info.; Digital tickets to watch the livestreamed performances of Tannhäuser on either October 24 at 2pm or October 27 at 7:30pm can be purchased for $30;

Admission begins at $19 and are on sale now. Tickets can be purchased online at LAOpera.org, by phone at 213.972.8001, or in person at the LA Opera box office at the Dorothy Chandler Pavilion (135 N. Grand Avenue, Los Angeles CA 90012). More information is available at LAOpera.org/Tannhauser