If you’re as much of a Los Angeles art scene fanatic as I am then we surely must have crossed paths at the 2018 Los Angeles Art Association’s Annual Benefit Auction on Saturday, July 28. The event took place at Gallery 825 on La Cienega Boulevard in West Hollywood. By the time I arrived it was standing room only and the gallery was filled with a veritable “Who’s Who” of the art world all there to support LAAA. 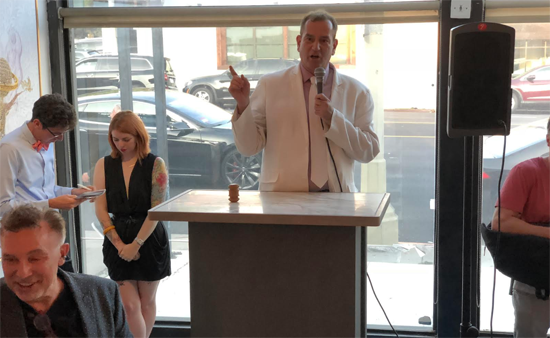 Few people know that LAAA has successfully navigated the Los Angeles art landscape for 93 years. It’s origin dates back to 1925 when its founders formed an alliance dedicated to assisting up and coming Los Angeles area artists by supplying them with exhibitions and various resources and services. Gallery 825 is housed in a building that was purchased by the organization in 1958 to give their stable of emerging artists a bonafide working gallery in which to display their creations in a real-world environment. This historic and obviously well established Los Angeles partnership has launched many aspiring artist careers and helped lay the foundation for the current burgeoning and highly expressive LA art scene. Peter Mays, who has been behind the LAAA helm since 2005, has held true to this iconic organization’s original quest. He has also helped to expand its reach through cultural exchanges with Germany, Korea, and China. This annual fundraiser is structured so that the collective of artists with LAAA can donate work with all proceeds funneled back into the emerging art community and the institution that has been so beneficial to their growth.

Miguel Osuna with his work; photo by Paul Finn

This year, over 140 pieces of art were on display that could also be previewed on Paddle8 for several days before the benefit. One artist that resonated with me the most was Miguel Osuna. Miguel possesses an uncanny artistic mechanical aptitude, which allows him to create brushstrokes that add a beautiful Zen-like quality to his work. As you view his piece, there seems to be an unidentifiable source of light emanating from within the canvas. His artwork featured in this show was masterfully executed on velvet with acrylic paint. You can see more of his work on September 15th from 3-5pm at The Hollywood Gallery & The Hollywood Sculpture Garden.

As I tried to keep my focus on the artwork, several platters of sushi, supplied by Nobu, made their way through the crowd creating a temporary distraction. Luckily I was able to reel in a few for myself. These delicacies must have been delivered to the show on the dorsal fins of dolphins and prepared by the hands of Neptune himself…it was that good! Turns out, the sushi was provided by Nobu. 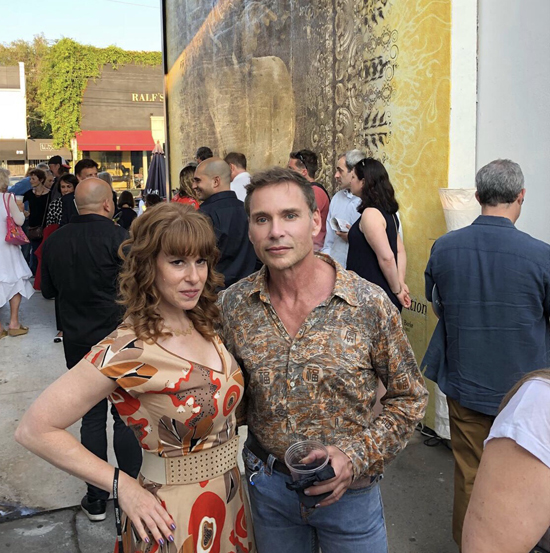 If you missed the LAAA event this year, you’ll want to set a reminder on your smartphone not to miss next year. Visit the website to find out more about Los Angeles Art Association and it’s next upcoming exhibition. https://www.laaa.org/