Skip to content
Review: Eurydice at LA Opera at the Dorothy Chandler Pavillion

LA Opera presented the world premier of Eurydice, collaboration between composer Matthew Aucoin and Sarah Ruhl who wrote the libretto based on her acclaimed 2003 play. The work reimagines the classic Orpheus myth into a contemporary vision perceived from the heroine’s point of view. 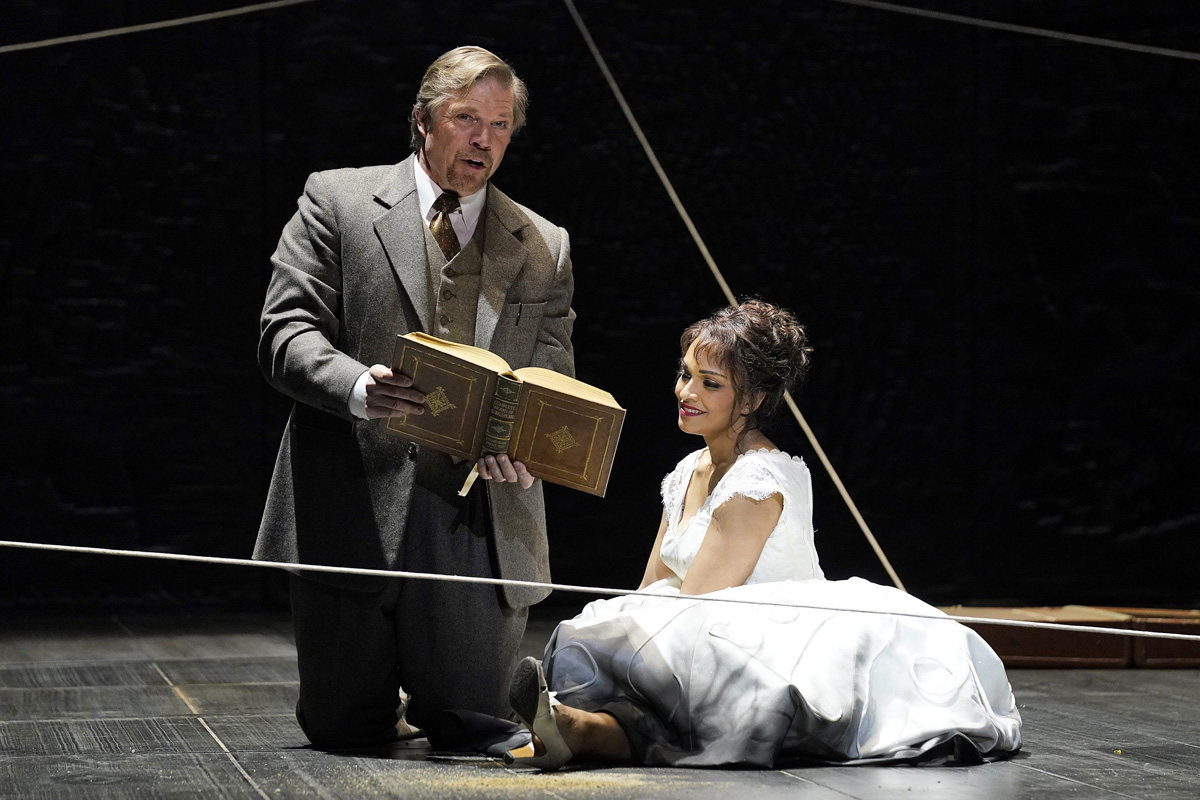 The myth tells of how Eurydice is tragically killed on her wedding day and descends into the underworld where she reconnects with her adoring father and when presented with the opportunity to return to her husband, Orpheus, in the world of the living, must choose between the two men she loves.

The opera, sung in English with English subtitles projected above and on side stage displays, is highly accessible to anyone not usually drawn to classical opera…As heart-brokenly tragic as the story is, the opera has a wildly energetic, surreal and absurdly humorous tone that moderates the deep spectrum of emotions that are exposed.

In the pre-performance conversation, Ruhl expressed her personal connection with the work to portray Eurydice’s father, much like her own father, as kind, gentle, with humility, grace and “mid-western”.  She expressed that the creative process was “remarkably seamless” and there being a naturalness in the speech pattern captured in the opera with most all of the play’s text included. Aucoin spoke to how the “musicality” of the play’s stage direction influenced him and characterized using tonal harmonies with an instability or an explosiveness to create a “vulnerability and a sweetness to the music.”

An interesting addition in the opera’s characters is Orpheus’ Double who represents his ethereal and divine being in contrast to Orpheus’ worldly persona, which Aucoin describes to be an “immature regular dude with artistic talent”.  This split nature is heard musically in baritone Joshua Hopkins as Orpheus and contra tenor John Holiday as the Double. 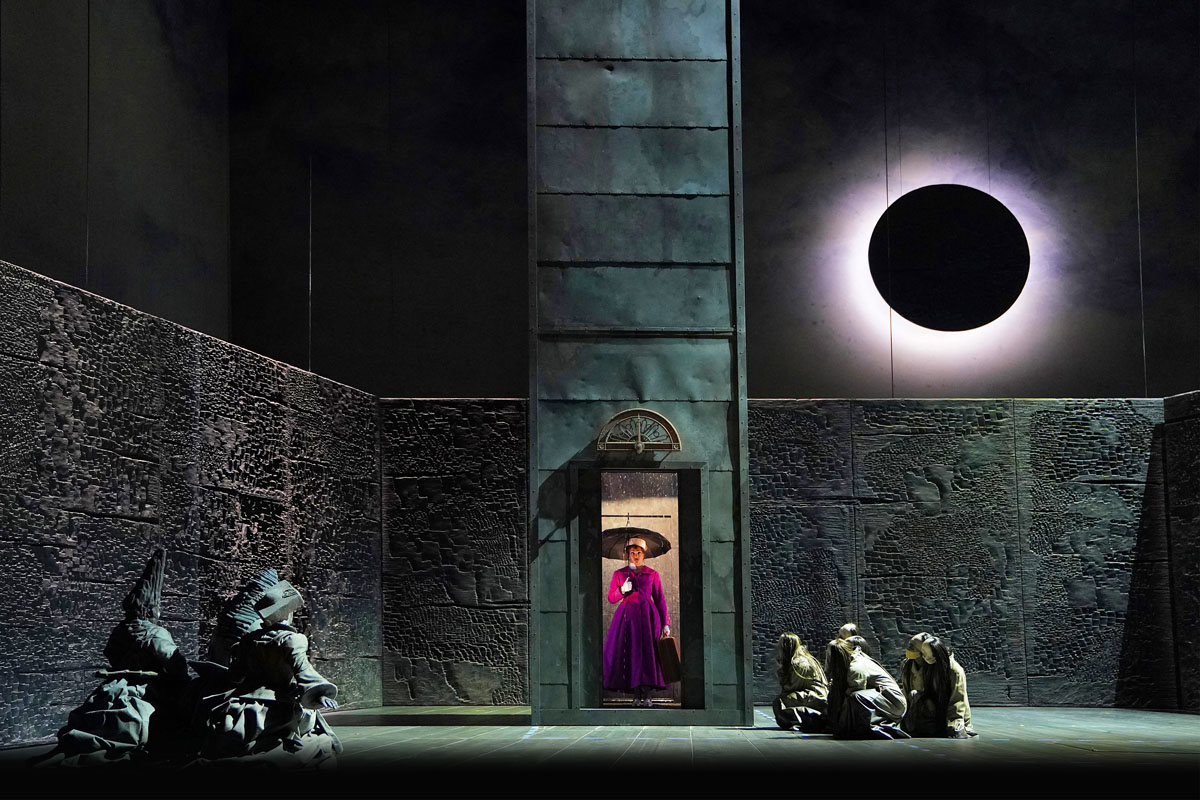 Leading the performance is soprano Danielle De Niese as Eurydice who sings with strength and clarity portraying her as a youthfully buoyant bride and when her character dies and memory fades, has Eurydice’s “bookish” personality remain very alive, curious, vulnerable and self determined.

Barry Banks is Hades, the bad guy, who seduces Eurydice in his penthouse with champagne and precipitates her death and who is portrayed as absurdly obnoxious and in contrast to most operatic villains who sing bass, Banks is a high tenor.

Supporting the scenarios in the land of the dead are the Stones, who as a Greek chorus, interact with most all the characters and “enforce the rules of the underworld” with dead pan irony and come to represent people who don’t allow others to fully grieve,

Scenic Designer Dan Ostling created an open space stage with the various scenes incorporating simple box-like structures that are raised and lowered as is the elevator to the Underworld.  Supporting the rich musicality of the opera is a 40 member chorus who remain out-of-view backstage.

The Cast —  Danielle de Niese (Eurydice) has been hailed as “opera’s coolest soprano” by the New York Times Magazine;  Rod Gilfry (Father), Baritone, is acknowledged for “by the closing performance of Eurydice, he will have appeared in 168 performances of 32 roles”; Joshua Hopkins (Orpheus), Baritone, “was chosen by Opera News as one of 25 artists poised to break out and become a major force in the coming decade”: John Holiday (Orpheus’s Double), Countertenor; Barry Banks (Hades), Tenor; Stacey Tappan (Little Stone), Soprano; Raehann Bryce-Davis (Big Stone), Kevin Ray (Loud Stone), Tenor. 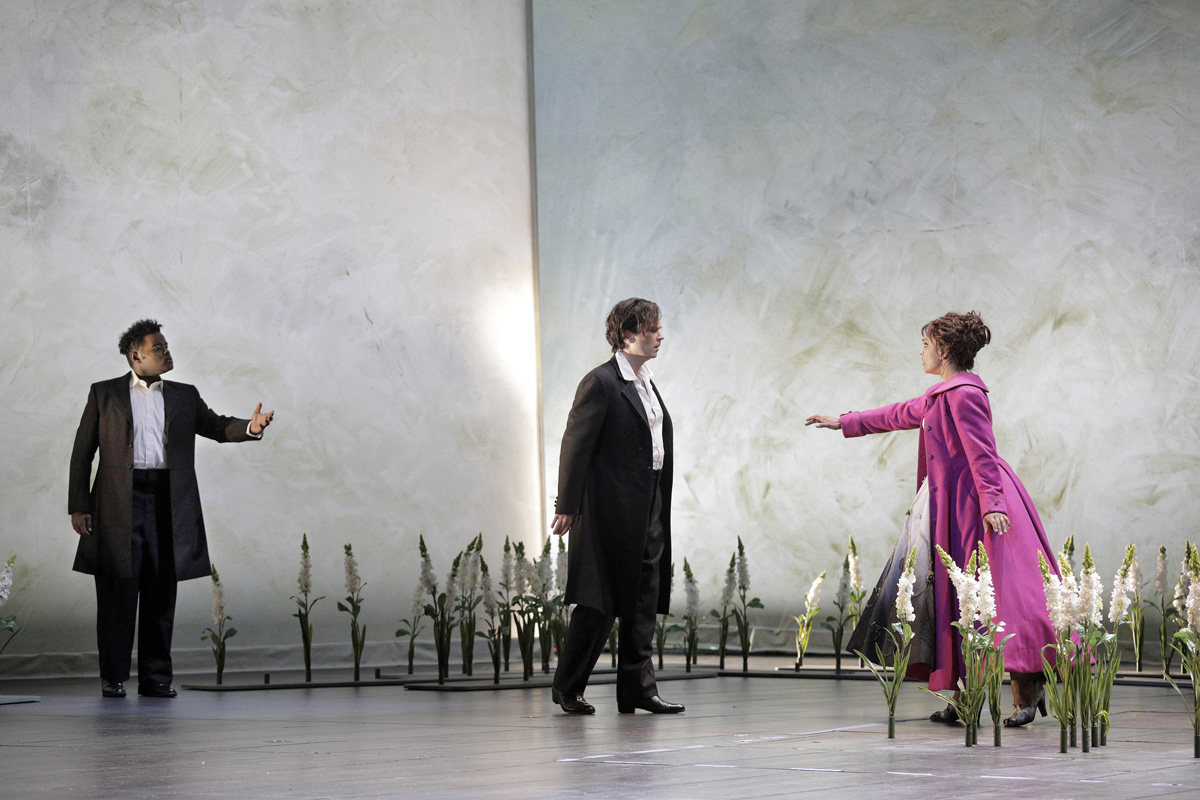 One hour before every performance an opera expert will guide you through the performance by touching on the story line, the music, and more.

During the run of Eurydice, Dorothy Chandler Pavilion becomes the hub of the community-wide