Skip to content
Review: “Love Actually Live” at the Wallis!

Fun, surprising and delightful is how I would describe “Love Actually Live,” back by popular demand at the Wallis Annenberg Center for the Performing Arts!

Uncertain about a live multimedia event, this production exceeded my expectations! Is it a live concert? Is it musical theatre? Is it a film? Yes, yes and yes! All three of these things perfectly merged into a multimedia concert celebration of the 2003 holiday, romcom classic. I found it joyful, heartwarming and nostalgic as it reenacts the movie’s lively crisscross of love stories set in London in the weeks before Christmas. It is an unusual hybrid of actors and singers, projected film clips, stage sets, and a 15-piece orchestra (which is actually two different bands on stage) creating a three-dimensional world in which film and live action seamlessly intertwine throughout. 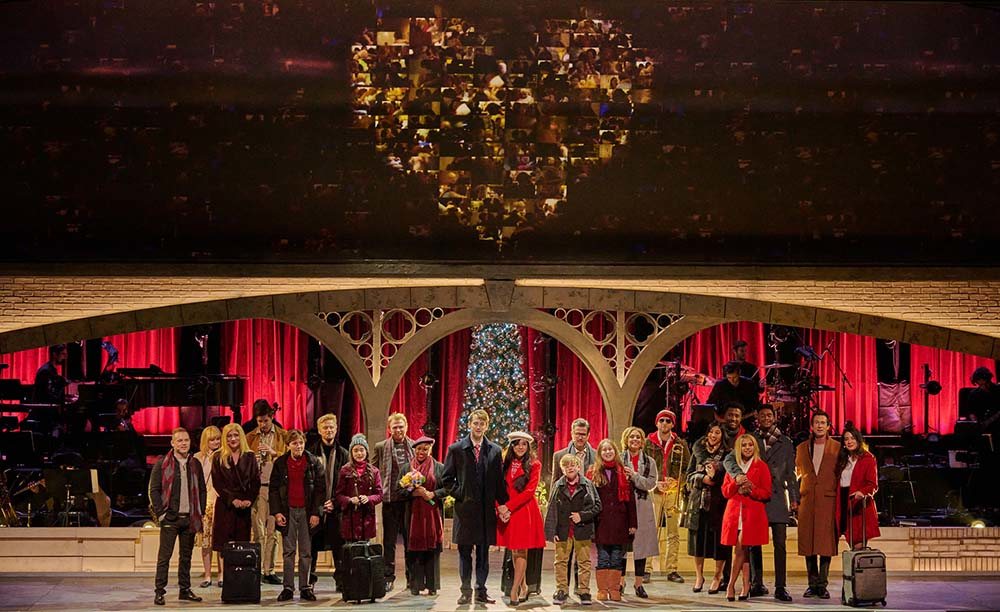 Wonderful performances by Aaron Lazar, Brian McKnight Jr., Anthony Fedorov, Michael Thomas Grant, Nina Nelson, and Cheyenne Wells who lead an all-star cast along with the orchestra reimagine the iconic soundtrack including, “Christmas is All Around,” “Trouble with Love, “ and Joni Mitchell’s “Both Sides Now.”

What I loved about this experience was how the characters on stage interacted with the audience. Sometimes, like in the case of Rex Smith who reprised his role portraying aging rock legend Billy Mack (Bill Nighy in the film,) he would be rocking out with his guitar and singing on stage and then come right up to our aisle as if he were singing directly to us; it added another layer. It was magical. There were many other charming instances of actors singing on stage and then walking into the audience and performing. 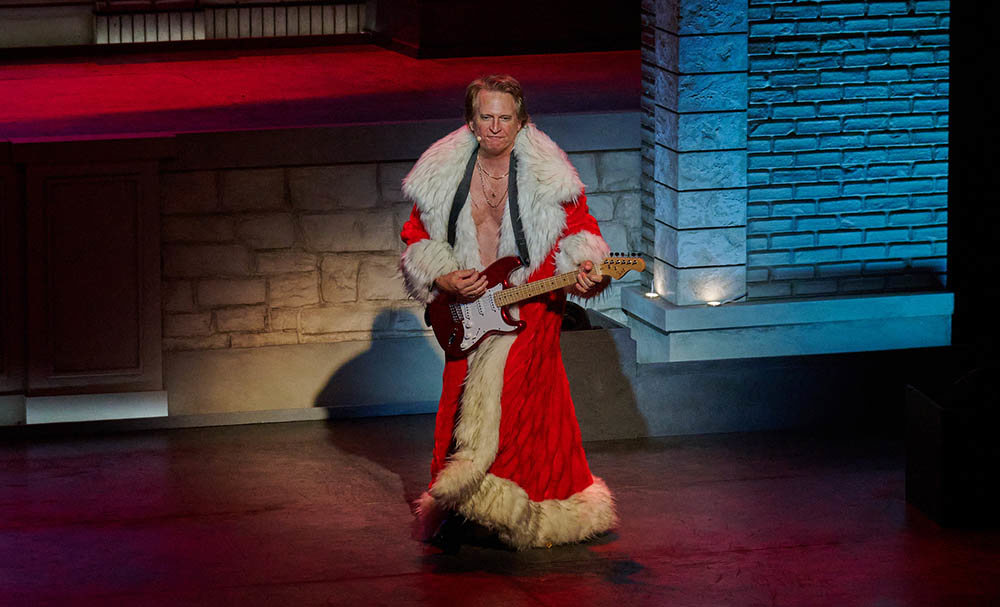 Another standout performance for me was Conor Jack Kowalski who portrays the 14 year old lovesick boy, Sam who sang and performed “Puppy Love” with such emotion and passion, way beyond his years.

This is a fabulous event to treat yourself especially during the holidays if you’re a fan of “Love Actually” and even if you missed seeing the original.

“Love Actually Live”, at The Wallis Annenberg Center for the Performing Arts runs through December 31, 2021. For more information, go to TheWallis.org