Regen Projects is pleased to announce Pacific “Ocean Pop,” an exhibition of new drawings and collages by Raymond Pettibon. This presentation marks Pettibon’s eleventh solo show at Regen Projects since he joined the gallery in 1993. 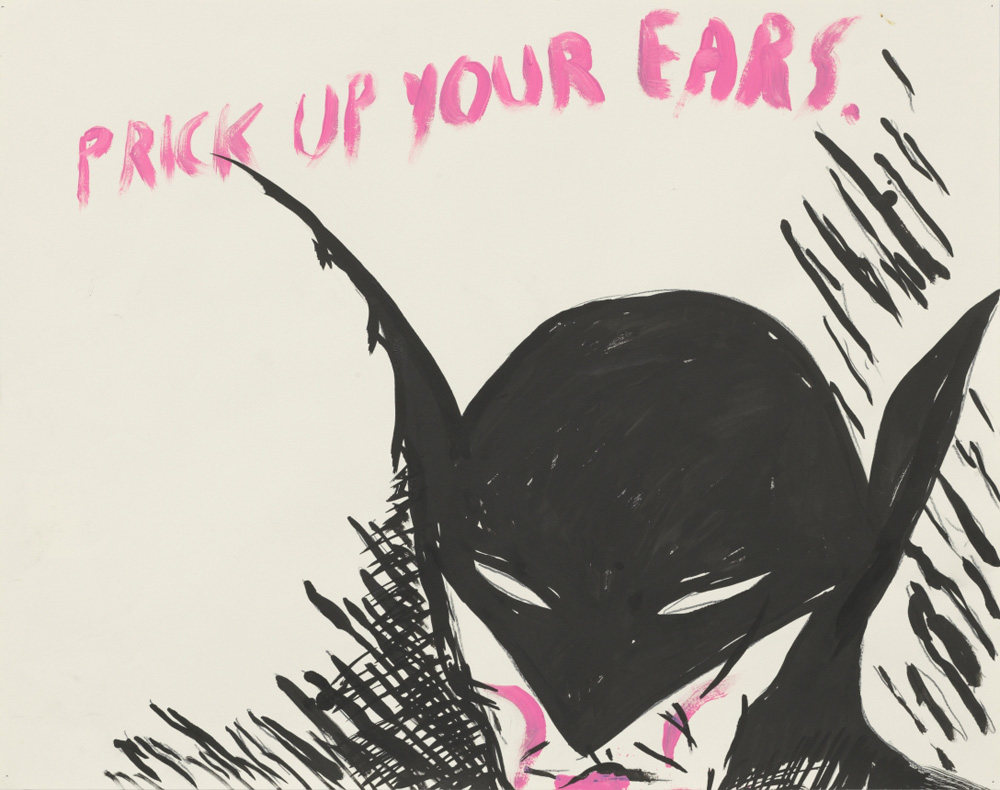 Pettibon’s distinctive style combines pen and ink figuration with hand-inscribed text and collage elements to create incisive works that probe the deeply embedded dualities of American culture. The deep well of sources and influences from which he draws — everything from comics, world history, American politics, and baseball to film noir, literature, and surf culture — coalesce into a lyrical rapture of high and low. His remarkable aesthetic is the result of the brazen approach Pettibon takes to drawing, unconcerned with the slipshod markings and concomitant blots, smears, and retracings that appear in its wake. This outwardly crude manner is underwritten by technical and linguistic mastery — an interplay that has made Pettibon’s work an emblem of countercultural disaffection since he emerged on the art scene in the early 1980s.

This exhibition of new drawings and collages welcomes back familiar characters and motifs such as Gumby and his horse, Pokey, Batman and Superman, Hollywood actors, dogs, baseball players, and gangsters. Also featured are new ‘wave’ paintings by Pettibon, whose longstanding fascination with surf culture has grown into an iconography unto itself. Other prevalent motifs include racehorses and jockeys, which stride alongside tokens of Antiquity, mythology, and Classical architecture. Pettibon presents this latter set as decaying, delinquent, and over-sexed, a dilapidated reality that presents a dilemma to scenes of Western triumph — mostly snide but occasionally wistful — that are grouped among them.

On view: September 12 – October 31, 2020; Regen Projects is open by appointment only. CLCK HERE to make a reservation to visit the exhibition. Gallery hours by appointment: Tuesday – Saturday, 10:00 am – 6:00 pm