Skip to content
Save the Date, Friday August 7…Brew at the L.A. Zoo Returns!

he 5th Annual Brew at the L.A. Zoo, one of summer’s most popular events for guests 21 and over, returns on Friday, August 7, 2015, 7 to 11 pm, featuring an after-hours visit to the Zoo with beer samples from 55+ local craft and microbreweries and an eclectic music lineup….see below. 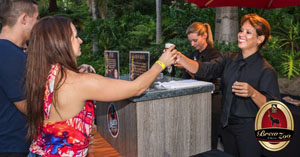 The Spazmatics, who have to be seen to be believed, bring sounds, styles, and “way cool” dance steps from the 1980s, a decade they say they’d “love to forget.” Complete with skinny ties, Brillcreemed hair and horn-rimmed glasses, The Spazmatics recapture all the best of the worst. Outstanding musicianship combined with creative flair and style makes for an evening of pure energy and entertainment. Their motto: so tonight we’re gonna party like it’s 1999; only it’s not!

The Black Canyon Band, Simi Valley’s premier live act, was formed by longtime friends Gary Usher Jr., Ryan O’Connor and Eddie Montes. With the inclusion of Alex Naylor, this quartet has burst into the Ventura County music scene with a fun “let yourself go” sound at events such as the Aloha Beach Fest, the Ventura Beach Party, block parties, corporate events and many live music venues in Simi Valley and Ventura.

asual Encounters Live Band Karaoke, featuring guitarists Eric Volfango and Rosh Roslin, drummers Rich Smith and Timmy Sean Mahoney, bass player Graeme Hinde and vocalists/MCs Manny DeCoria and Jay Miramontes, specialize in making every singer feel like a rock star. Their huge song list with something for everyone, even guests too shy to sing initially, has been featured at parties for Converse, TMZ, NBC’s “The Voice,” Wells Fargo, Hard Rock Café and FantaSea Yacht among others. 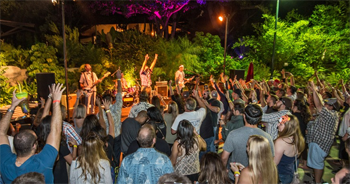 The Los Angeles Zoo and Botanical Gardens is located in Griffith Park at the junction of the Ventura (134) and Golden State (5) freeways. 5333 Zoo Drive, Los Angeles, CA 90027. Free parking is available. For additional information, call (323) 644-6042. www.lazoo.org/brew

For more info about this event and the full list of breweries, be sure to check the website. *participating breweries subject to change