In its second iteration in LA this year, Frieze was better organized and in many ways more open and varied in the selections of art from both powerhouse galleries and local smaller establishments, but again of very high quality throughout. Whereas last year was like walking through a museum with gallerists standing guard at each with levels of welcome ranging from zero to warm, this years’ Frieze tended to warm the whole way through. Much more relaxed. A well known former gallery owner said that after last year, this year “they were demonstrating what their art was really about” and I would agree easily with that. 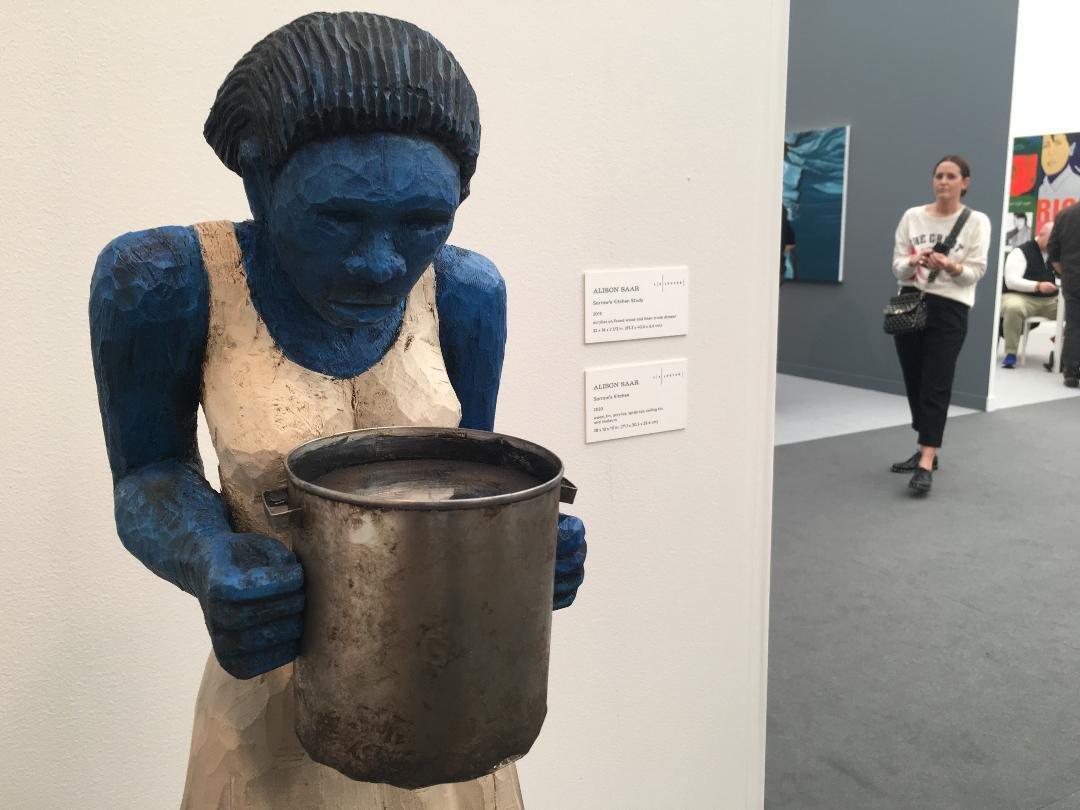 LA Louver held down their corner again this year with an exceptional show of Allison Saar, which was nearly sold out by the time I hit the tent on the Paramount lot by noon on Friday. All the works were hung and curated to reference each other. For such a small amount of space it was typically powerful, authoritative and evocative – something LA Louver is known for. 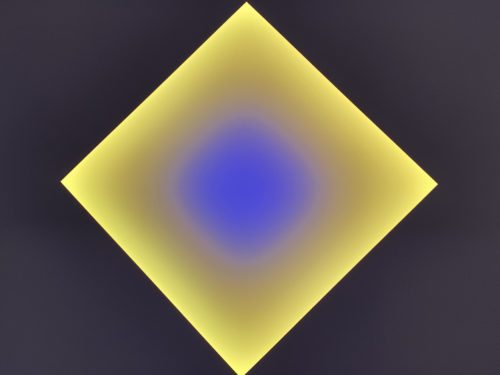 The Turrell exhibit by Pace Gallery/Kayne Griffin Corcoran was well received, judging by the reactions of and to the audience members lounging on the floor to look up at the subtly changing blue emanating from the ceiling, this writer included.

Finally Sam Parker returns with his gallery an another standout show – this time “50 Years of Work on Paper” by Gladys Nilsson, who’s got to be doubly pleased by her recent article in the New York Times. This show is exceptionally consistent, with vibrant, delightful watercolors and drawings. 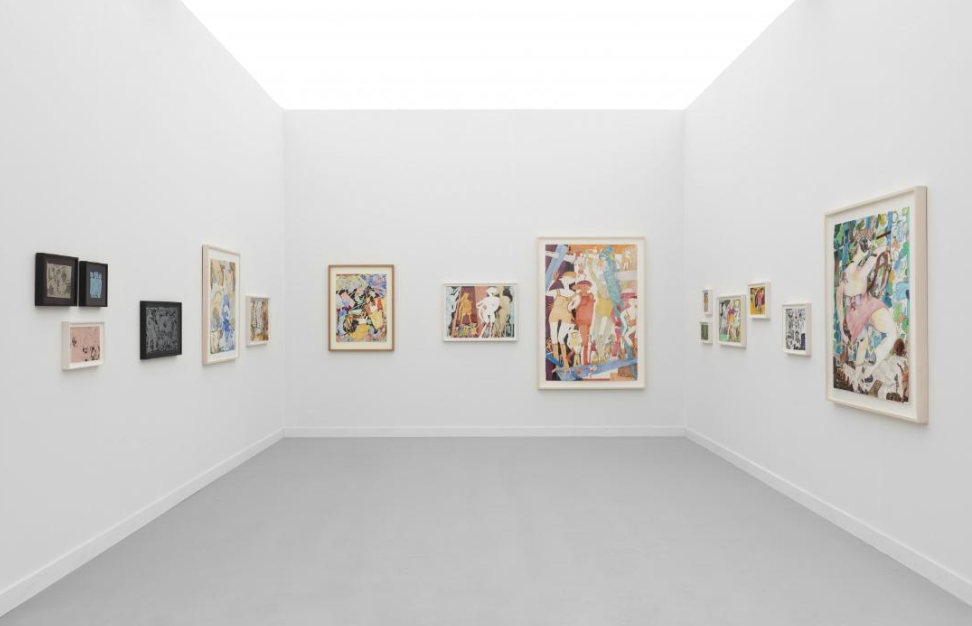 Later that evening, waiting for my crunchy shrimp tacos at the Parrasch Heijnin Gallery before the Hopper paintings were combined with an improvisational virtuoso performance by Grammy award-winning composer and musician Nels Cline, I asked an art advisor in from Miami what she thought of Frieze. She said “I didn’t think it was that great, really. Not at all.”

I couldn’t disagree more. All in all, despite what our dear friends at the other Fairs might say, Frieze has, in a fantastic way continued to lead LA’s rise as an art collecting center. Bravo.

Find out more about Frieze on its website – https://frieze.com/