Considered to be one of the best living jazz fusion drummers, Billy Cobham has performed with a slew of impressive musicians in the jazz and rock genres, including Miles Davis, Milt Jackson, Horace Silver, Bob Weir and The Mahavishnu Orchestra. This week, the drumming legend brought his Crosswinds Project to The Canyon Club in Agoura Hills. 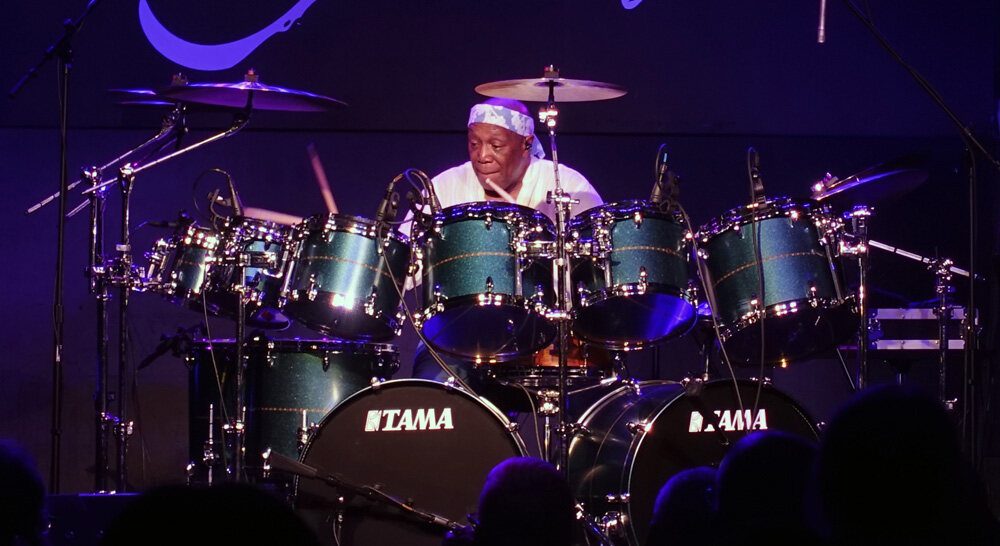 At 78, legendary drummer Billy Cobham shows the crowd his skills have not diminished; photo by Richard Bilow

Cobham was inducted into the Modern Drummer Hall of Fame in 1987, the Classic Drummer Hall of Fame in 2013 and was named one of the 25 Most Influential Drummers by Modern Drummer magazine. He pioneered an ultra-aggressive and virtuosic double-bass drumming style, and his experiments with techniques and the way drum kits are assembled changed the way people play music.

He’s also released nearly 40 solo albums since his 1973 debut Spectrum and even helped start a group called ‘Jazz is Dead’ which reprised Grateful Dead music with jazz iterations. Coincidentally, that group will be playing the Canyon Club In January 2023, but without Billy. 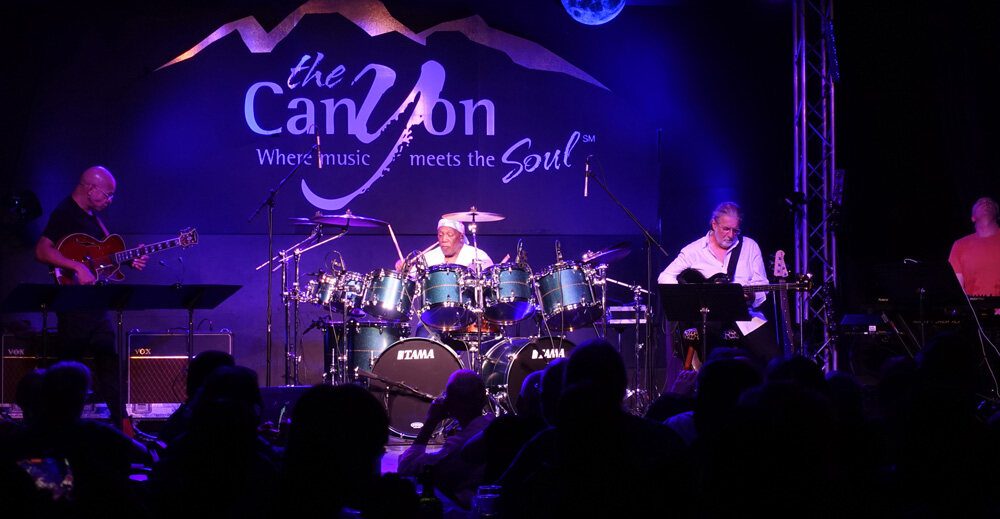 Cobham’s current tour focuses on his second album, Crosswinds, which was originally released in 1974. Considered to be one of his best recordings for the Atlantic label, it features the late saxophonist Michael Brecker, guitarist John Abercrombie, and keyboardist George Duke, all in fine form.

Cobham and his current band – Mark Whitfield on guitar, Tim Landers on bass, and Scott Tibbs on keyboard, played to a room full of fusion lovers (and no doubt lots of drummers) at the Canyon Club in Agoura Hills.

album Spectrum and his 1974 album Crosswinds, including the groovy “Crosswinds,” the funky “The Pleasant Pheasant,” the atmospheric “Spanish Moss” and the powerful, punchy “Taurian Matador.” Throughout the set, we witnessed the drummer’s mastery of dexterity and nuance, while his band stretched their chops. 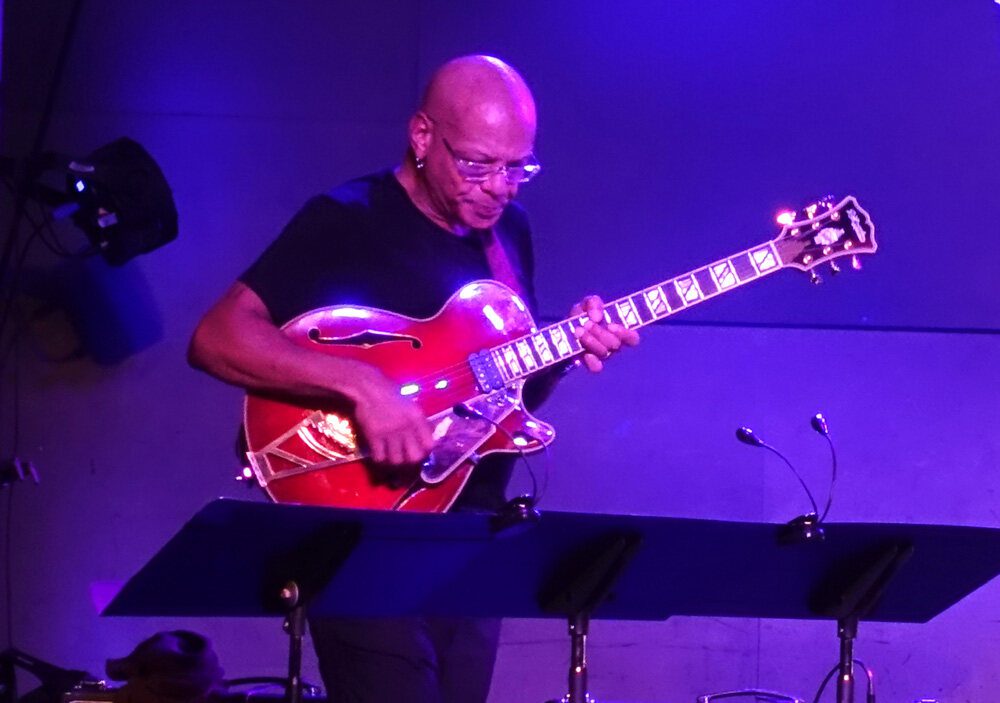 Adept guitarist Mark Whitfield played with a sound that touched upon both straight-ahead jazz and rock ‘n’ roll; photo by Richard Bilow

The affable Cobham never seemed to break a sweat, attacking his multi-piece drum kit with the passion and energy of a musician fifty years younger, but with the agility and finesse of a drummer with more than half-a-century of experience. Tibbs’ keyboard solos were intense and perfectly matched with Landers’ bass, while Whitfield added numerous innovative guitar solos throughout the set.

A gracious performer who appreciates his fans, Cobham announced that after the show, he would be signing autographs in the club for his exclusive 2019 CD Time Lapse

Cobham inspired and amazed the Canyon Club crowd with his drumming prowess and his ability to inject new life into his classic 70’s repertoire. It was great to see a jazz legend continuing to be innovative, sharing his amazing gifts with a live audience. His influence on the drums, drumming, and drummers crosses genres and is as strong today as ever. Find out more about upcoming events at the Canyon Club in Agoura Hills on the website – https://wheremusicmeetsthesoul.com/canyon-agoura-hills/