Skip to content
Pick of the Week…Edward Cella Debuts “Unbound” at New Location! 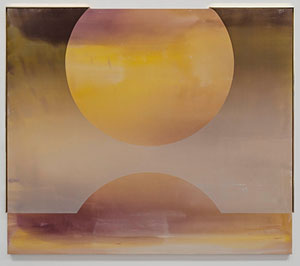 Here is some info from the gallery: After six years on the Miracle Mile, and with almost a decade of continued operation, Edward Cella is relocating to 2754 S. La Cienega Blvd in the heart of Culver City’s gallery district. The move prompted the proprietor of the eponymously named gallery to reinvent its space, identity and possibilities. The gallery’s new location and graphic identity is being re-imagined by Los Angeles-basedGroup Effort:a collaboration between Jessica Fleischmann/still room and Rachel Allen Architecture. ECAA has also commissioned Alex Rasmussen from Neal Feay to create a bespoke site specific architectural intervention of machined and anodized aluminum. Using cutting edge technology, and hand craftsmanship, Rasmussen has created a striking reception desk for the new space.

“Unbound” presents new work by gallery artists and builds upon the organizing principal that contemporary painting is diverse in its methodologies. Each of the artists in the exhibition will present large format works that highlight their unique approach to painting. Seizing on the gallery’s new location, scale and configuration, the artworks in this exhibition underscore the possibilities and challenge the identity of this highly malleable medium. 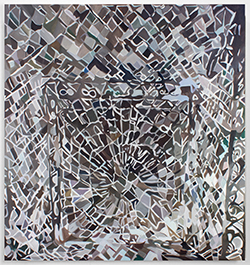 “Unbound” is the first of two debut exhibitions featuring a collective presentation of new works that offers new insights into the gallery’s curatorial perspective. The exhibitions express Edward Cella’s commitment to artists focusing on the conjunctive nature and intersecting histories of art, design, and architecture.

Joshua Aster’s solo exhibition, Innerverse, at Edward Cella in 2014 was reviewed by Los Angeles Magazine and chosen by Artillery Magazine as “Pick of the Week.” His conceptual based process incorporates objects as a subject and tool to express the complex and essential connections between color, space, and movement.

Mara De Luca’s new paintings are made as two-shot pictures of sublime effect: a pour of thinned acrylic paint onto unprimed canvas, overlaid with fabric and adorned with custom rose-gold and silver frames that gesture toward the landscape and culture of Los Angeles. 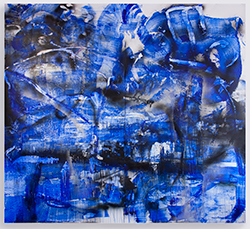 Spencer Lewis’ sold out solo debut exhibition at Edward Cella in 2014 featured expressive abstract paintings on a variety of substrates, including canvas, cardboard, and sculptural forms.

Donnie Molls’ cover feature in Art Voices Magazine this past December presented his photo-based oil paintings as a push back against the hyper-reproducibility of digital media that are influenced by junk yard piles and the consumer culture of Los Angeles.

Ruth Pastine’s current solo show at the Carnegie Art Museum exhibits all new work in six galleries where each room is designated for displaying a particular color system. These new paintings instill her ties to the Southern California Light and Space movement and her review in ArtScene has labeled her a “Master Colorist.”

Chris Trueman’s debut solo exhibition at Edward Cella in 2014 featured large scale paintings that cinematically mosaic the painting traditions known as Abstract Expressionism, Color Field painting, and Op Art and were reviewed by Art Ltd. and the Huffington Post who describe the paintings as “hypnotic.” 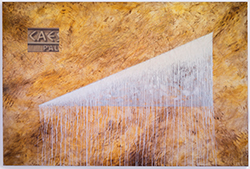 Jeffrey Vallance’s upcoming solo exhibition with Edward Cella will include large format drawings, paintings, sculptures and performances, which like his extensive career and activities, direct attention to both the social and personal significance of objects. These new works present an evolution in his practice by shifting scale and creating his own proposed artifacts.