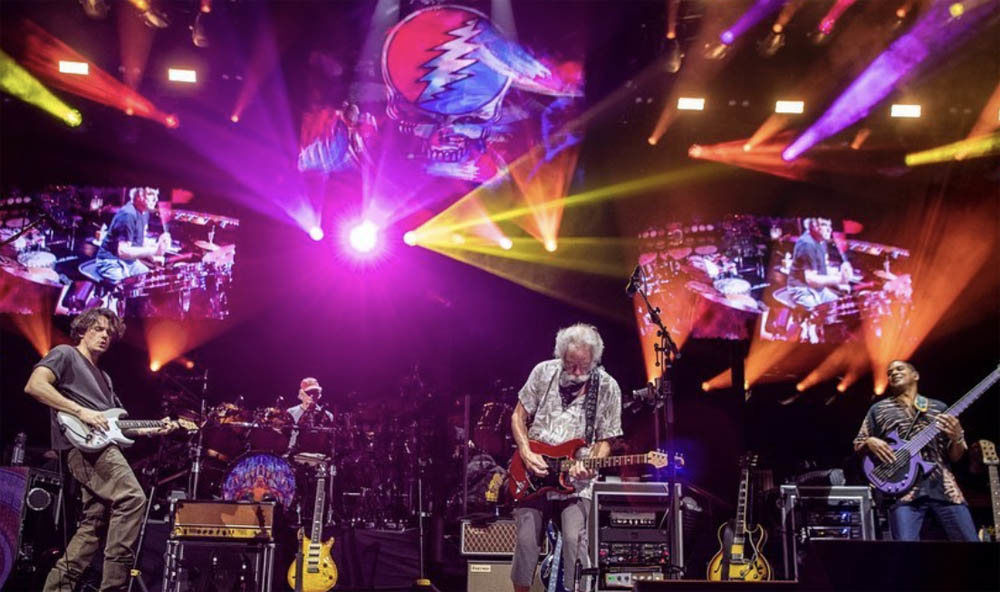 Dead & Company was formed in 2015 when the Grateful Dead’s Mickey Hart, Bill Kreutzmann and Bob Weir joined forces with artist and musician John Mayer, Allman Brothers’ bassist Oteil Burbridge, and Fare Thee Well and RatDog keyboardist Jeff Chimenti. The result was one of the most successful touring bands of the decade. The inaugural tour kicked off in the fall of 2015 with two sold-out shows at the legendary Madison Square Garden and ending the year with two sold-out performances at the ‘Fabulous’ Forum in Inglewood, California.

Since then, the band has gone on to complete three record-breaking U.S. tours, performing to more than a million fans. The 2017 summer tour, which lasted from the end of May through the first of July, drew in nearly 500,000 fans and consisted of 20 concerts, including two-night stands at the Hollywood Bowl in Los Angeles, Shoreline Amphitheatre in San Francisco, Folsom Field in Boulder, Colo., Fenway Park in Boston, and Wrigley Field in Chicago. The back-to-back sold out shows in Chicago drew in over 80,000 fans and set the ballpark’s all-time record for most tickets sold for a single concert (43,600).

Due to state regulations, attendees must provide proof of full vaccinations or a negative covid test within 72  hours. CLICK HERE for the Hollywood Bowl’s updated safety protocols. Masks are required indoors and recommended at all times when not in your seat. The Hollywood Bowl will continue to update its policies based on guidelines from Los Angeles County.