In a year that has amplified the all-out assaults against Black people throughout the world at the hands of racial & social injustice, Band of Vices proudly embraces four young kings in their quest for visual reckoning…Their bold, defiant & fearless approach to their practice ordains these contemporary emerging artists as our young KANGS… 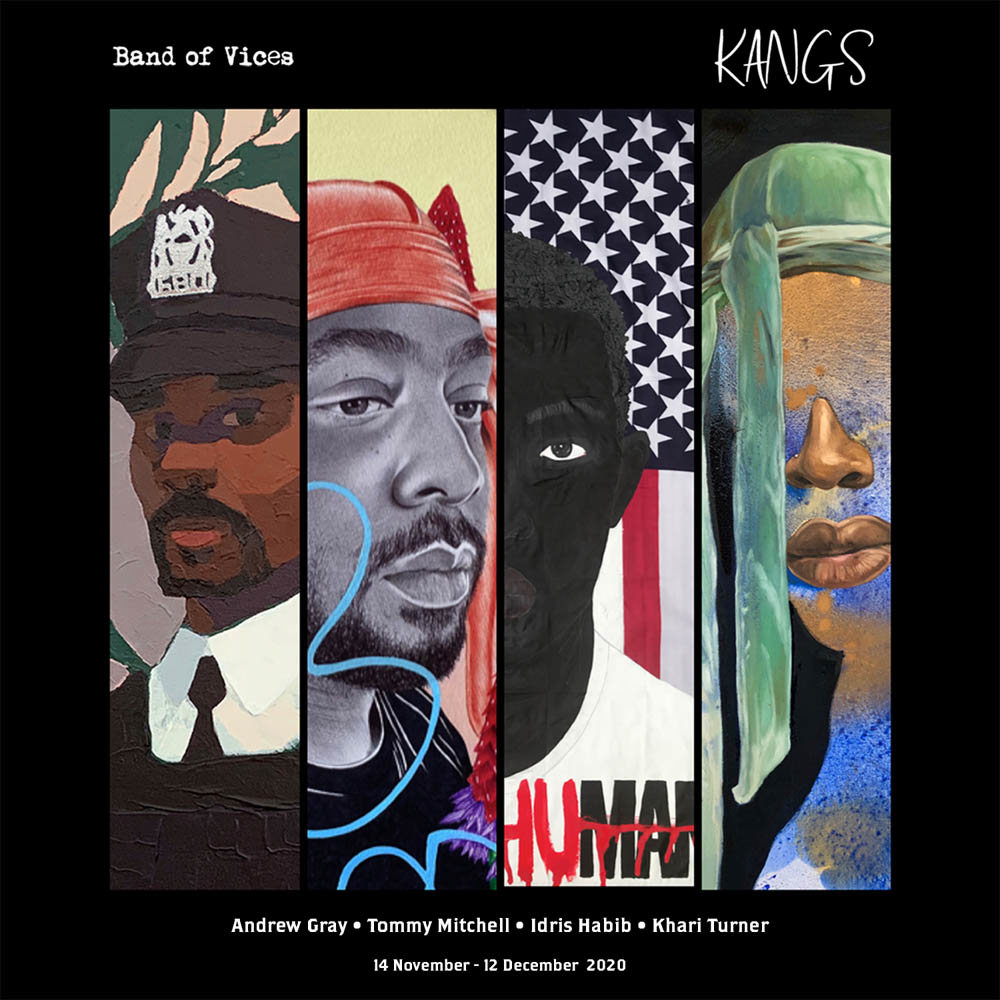 The exhibition centers its attention on four artists: Andrew Gray, Idris Habib, Tommy Mitchell and Khari Turner. These four young African American kings are navigating being Black in America the best way that they know how– by expressing it individually through their artwork. Their journeys have included contemplating their own personal history, challenging & disrupting the notions of ideal beauty, engaging with their connections to blackness & what it means to be a Black man in America, all against the backdrop of police brutality, the visibility/invisibility trope, systemic racism, and the canon of art history, to only name a few.