Skip to content
March 4, 2018: LLS Benefit at the Upper West

People everywhere from diverse backgrounds have been affected by terminal diseases. However, the Leukemia Lymphoma Society has drawn a committed group of supporters who consistently raise funds for the cause. The nonprofit organization offers various types of programs such as Team in Training that also give back to the volunteers. It’s a win, win for everyone involved.

In exchange for fundraising for LLS, volunteers receive coaching and training for endurance events such as marathons, triathlons and 100-mile bike rides. The program draws volunteers from all fitness levels.

“I’ve been training for marathons and triathlons with Team In Training since 2011,” said Sara K. Fay, who has an upcoming marathon scheduled for March 25, 2018. “When I started, I had never run more than a mile at one time. Team In Training is a miracle worker, both for amateur athletes and for a future without blood cancers.”

Five years ago, Fay created an Oscar viewing fundraising event in honor of her father who died due to acute myeloid leukemia. This year, Cameron Iverson and his wife Lindsey will once again join Fay in co-hosting the event.

When Iverson first met his wife, she was also training with Team in Training. “Her enthusiasm for the cause and her friendship with others raising funds for LLS convinced me it was a worthwhile experience.” Lindsey Iverson was one of the hosts early on. This will be her husband’s third year helping to produce the event. She has been involved with Team in Training for ten years. “I started because I wanted to do something good for other people and have since met many people dealing with this disease as well as family members.” 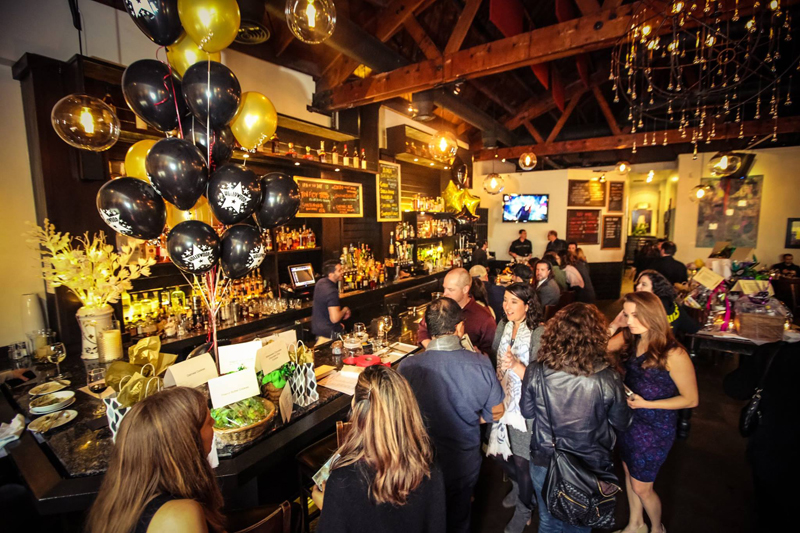 Dress to impress and partake in Hollywood’s glitz and glamor, while entering the Oscar winner prediction contest. The full menu will be available. Order up, since the Upper West will be contributing a percentage of all Oscar night sales to LLS.

The event begins at 4:30pm, when the celebrity red carpet preview begins. There is a suggested donation of $20. For additional info, visit the FB Event Page.