One of the few remaining old guard blues legends, Buddy Guy graced us with his presence last week at the Saban Theater in Beverly Hills. 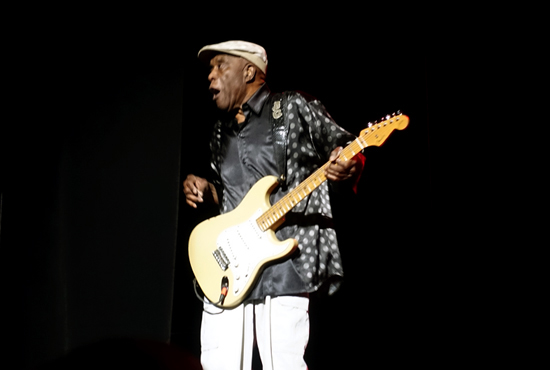 The 81 year old guitarist shows no signs of slowing down. Unlike some of his contemporaries who look fragile onstage, Mr. Guy displayed the enthusiasm of someone half his age. The legend started the night with a cover of Willie Dixon’s “I’m Your Hoochie Coochie Man” and immediately showed the crowd what he could do. He teased the crowd a little by rubbing his guitar against his shirt to the beat and then tore into a solo that highlighted his tremendous tone and dexterity.

Throughout the night he told stories about his youth, how important it is to love and how honored he is to be able to play homage to his blues heroes. To that end, he played some John Lee Hooker, Jimmy Reed and the man he called his all-time favorite – BB King. 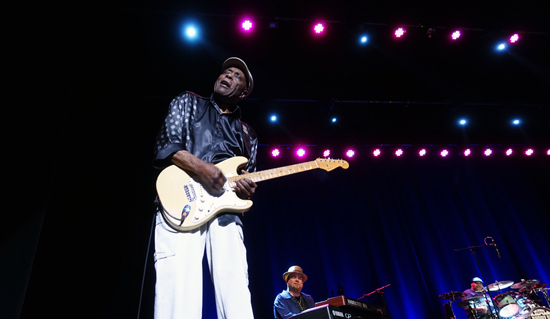 One of the highlights of the night was Little Willie John’s “Fever” where Mr. Guy had everyone clapping their hands to the snap of his fingers. The crowd ate it up and his adept band kept up with him at every stage. The song provided rhythm guitarist, Ric Jaz, with an opportunity to showcase his impressive chops and it also allowed Guy to trade some notable licks with keyboardist Marty Sammons.

Throughout the night, Guy rapped to the crowd about various problems with society – e.g., you can’t drink until you’re 18, but you can go to war or all the pesticides, etc. that is used in our food. However, all of his rants ended with him professing that his parents taught him to love everybody and that if everyone was like him, there wouldn’t be a worry in the world. 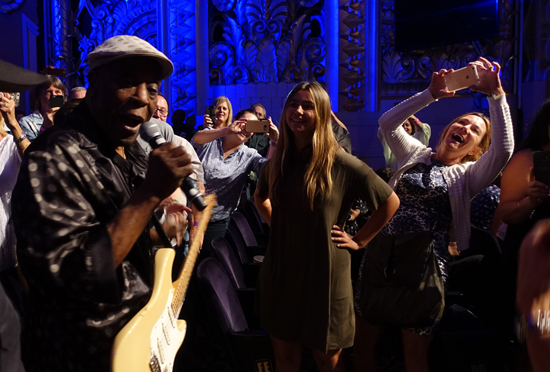 During Guy’s classic “Someone Else Is Steppin’ In (Slippin’ Out, Slippin’ In), he jumped into the crowd and walked among his disciples soloing, singing and joking with the mob. No doubt his connection with his audience keeps him young, but, it is also his willingness to share the spotlight with young players. For the encore, Guy brought up his opening act Quinn Sullivan along with Carmen Vandenberg and a young lady whose name I didn’t catch. All of them revealed serious blues prowess. While the trio of young virtuosos soloed, Guy walked around onstage smiling and throwing picks to the crowd. His smile said it all – the blues has a future!