Cat Art Show LA—the Los Angeles-based art exhibit that surprised locals by drawing thousands of visitors when it debuted in 2014—is coming back for a second year on March 24th, 2016 to Think Tank Gallery in DTLA. 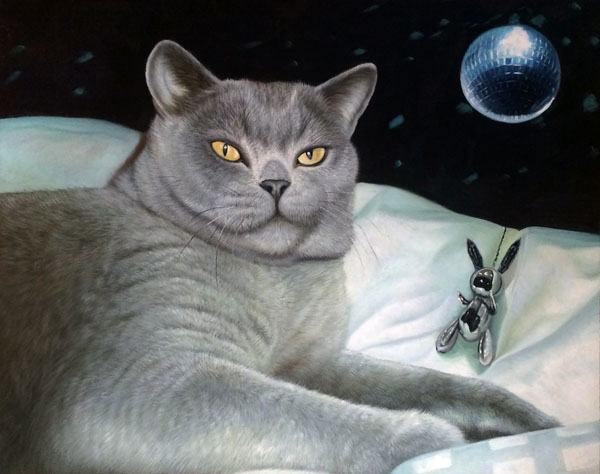 The exhibition will once again focus on the cat—our domesticated companion and internet meme—as muse. Cat Art Show LA 2: The Sequel will feature more than 70 globally-recognized artists including Mark Ryden, Norman Reedus, (“The Walking Dead”) Marion Peck, Travis Lampe, Walter Chandoha, Mick Rock, Adam Wallacavage, and Kat Von D, among others. All of the artwork will be available for sale including both originals and limited editions and a portion of the proceeds will go to Kitten Rescue.

“Cat Art Show LA 2: The Sequel is a continuation of our inaugural cat art outing which brought together cat lovers and art enthusiasts,” said Susan Michals, curator of the show. “We have asked each artist the basic question, what is the true meaning of cat for you—ally, domestic partner, enemy, frenemy, allergic reaction or guru? From that, each artist’s interpretation is unique and honest.”

“Cats have been part of our lives for thousands of years. The Egyptians frequently aligned them with the gods and artists like Picasso created masterpieces centered around cats,” continued Michals. “Now people post them on Instagram and artists interpret them.”

About Cat Art Show LA: 2 The Sequel:
Cat Art Show LA 2: The Sequel was created, and is produced by, Susan Michals, a journalist who writes about the intersection of art, culture and celebrity. Her work has been featured in media outlets such as The Wall Street Journal, Vanity Fair, The Art Economist, GalleristNY, and The Huffington Post, among others. She is also the creator of CatConLA. Michals owns one cat, a Maine Coon, named, Miss Kitty Pretty Girl. 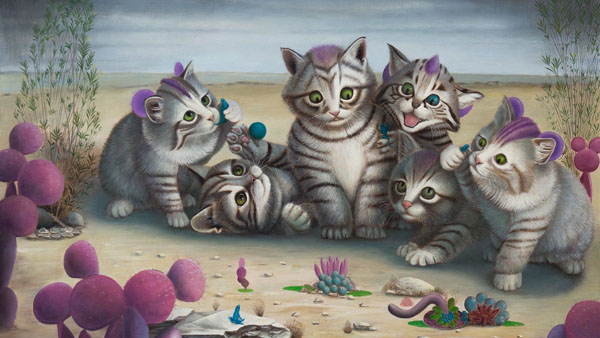 Cat Art Show LA is also produced in association with Daniel Salin. Salin is a producer, promoter and curator, recognized for his production of Banksy’s 2006 Los Angeles show, “Barely Legal” as well as the exhibition of Mr. Brainwash’s collection of works seen in the Academy Award nominated film, Exit Through the Gift Shop