Critical acclaim and nightly standing ovations have resulted in an extension of the new play Miss America’s Ugly Daughter through Sunday, August 26 at the Broad Stage in Santa Monica. 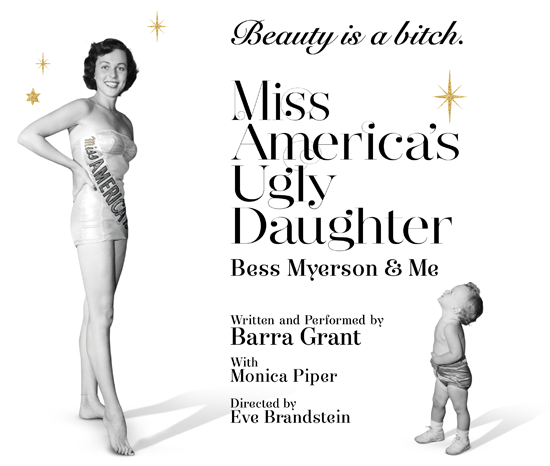 The darkly comedic, poignant two-character solo show is about the seismic mother-daughter relationship between Bess Myerson and her only child Barra Grant, who wrote and stars in the show. Myerson was the first and only ever Jewish Miss America. She was famous and infamous. She had it all…until she fell in love with the wrong man, and lost her reputation and a little of her mind.

The show, which opened on July 21 has received rave reviews. Curtain Up writes, “Barra Grant is beautiful, inside and out…In an exquisite one woman show, Barra Grant pays homage to her mother. And in doing so, recollects, reconciles and redeems a most complex yet loving mother-daughter relationship.”

Tickets are $55. For tickets and additional information about the show visit the website at http://www.missamericasuglydaughter.com or http://www.brownpapertickets.com and enter the name of the show. Performances are also scheduled for every Friday and Saturday night at 8 until August 26.