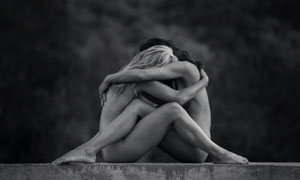 Rymer), Dennys Ilic has for the past 13 years also pursued his passion as a professional photographer. Serving a staggering array of clients from major motion pictures, television, magazines and musicians, Dennys is now permanently based in Los Angeles where he has become best known for edgy and soulful images that capture the true essence of his subjects. His photography has been commissioned by a number of major film studios and musicians, including Warner Bros. Pictures, Roadshow, United Pictures International (UPI), Newline Cinema, Strange Music / Tech N9ne and Flo-Rida. His beautiful and haunting images of iconic sci-fi actresses Amanda Tapping, Tricia Helfer and Katee Sackhoff have sold for, and raised tens of thousands of dollars for charity. Dennys is also known for having photographed actor Daniel Radcliffe on many occasions from the age of 15 for the covers and editorial stories in hundreds of international publications associated with the release of the Harry Potter films.

Now based in Los Angeles Dennys continues to follow his passion for photography and his love of Leica cameras combining the two with portraiture of actors, actresses and musicians and a number of related books to be released in 2016.

It’s the final day of the Los Angeles Fine Print Fair. Covering five centuries of traditional Japanese woodcuts to impressionist, modern and contemporary art, the annual fair features eighteen internationally based Fine art dealers in a stimulating environment where one can view, discuss and learn about prints from the field’s leading experts.

This year eighteen dealers – all members of the International Fine Print Dealers Association – will fill their booths at Bonham auction showroom with 17th – 21st centuries prints and drawings. 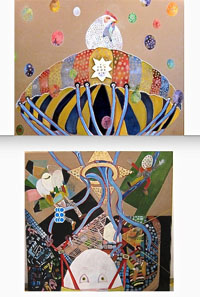 Please join the Colburn School and studioeleven artists for a reception celebrating their exhibition “Coda at Colburn” today, Sunday, January 24, 2016.

This group show is currently on display at the Colburn School located next door to Museum of Contemporary Art and across Grand Avenue from The Broad and Walt Disney Concert Hall. Visitors to the exhibition may notify lklempner@colburnschool.edu in advance for security clearance. Check in at the Olive Street building lobby of the Colburn School. 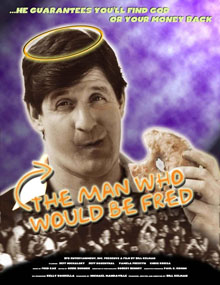 The feature film THE ALMIGHTY FRED aka THE MAN WHO WOULD BE FRED (1996, 90 minutes) at 8:30pm – Directed by Bill Kelman, this hilarious comedy shot in Venice stars long time Venice resident Jeff Michalski (in person), who is the seminal comedy improviser/educator highly praised by Stephen Colbert. Two brothers, down on their luck and in need of cash, cook up a scheme to create their own new religion. Their motto, See the Donut….Not the Hole, catches on beyond their wildest dreams.and more.