The Gil Cates Theater at the Geffen features the West Coast premiere of “Skintight.” Written by Joshua Harmon (Bad Jews, Significant Other), the play is directed by Daniel Aukin, and stars Idina Menzel (Tony Award winner Idina Menzel, Rent, Wicked), along with Eli Gelb & Will Brittain. 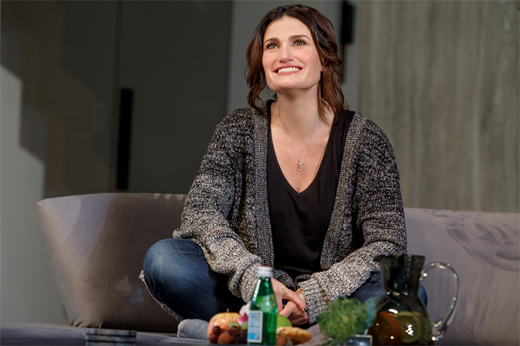 Hanging on by a thread after her ex-husband gets engaged to a much younger woman, Jodi (Menzel) retreats to her dad’s swanky Manhattan townhouse. But rather than the comforts of home, she instead finds her aging father’s new live-in boyfriend, Trey, who is 20.

In his new comedy, Harmon brings a neurotic family drama to the forefront as father and daughter contend with the age-old questions of how to age gracefully in a world obsessed with youth and where love fits into it all.