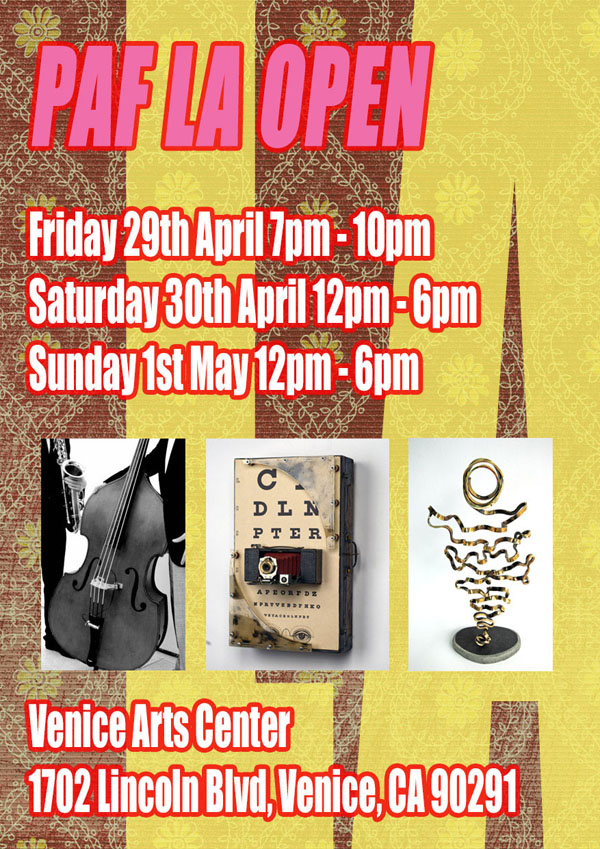 We also have some art events at Bergamot Station (where are pick of the week takes place) in Santa Monica – starting at 5pm.

Start off at FIG (G-6) for a solo exhibion featuring the art of Keisho Okayama from 5-7pm. 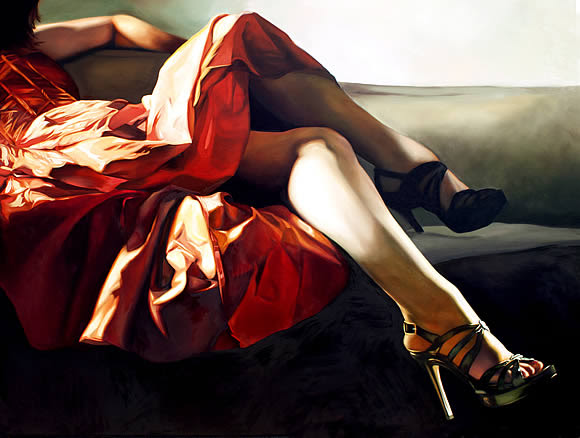 You can read more about this exhibition on our Upcoming Events Page.

Courtney Murphy’s dramatic and elegant paintings of women are rendered with exceptional technical skill. Her canvases depict intimate snapshots of women adorned in billowing fabrics. The figures occupy the space with a kinetic energy, and the rich colors and warm, soft lighting imbue her images dramatically. The rhythmic movement within Murphy’s paintings culminates in her depiction of the figures’ textiles, which she compares to “flowing water” for the way that they “shine and move in waves over the figure.” – Kelly Bertrando, July 2015

Just a couple doors down…

In the post digital age where images are instant and abundant, abstract art is a record of an artist’s individual mark. The artists included in this exhibition explore the various realms of abstraction through materiality and technique. 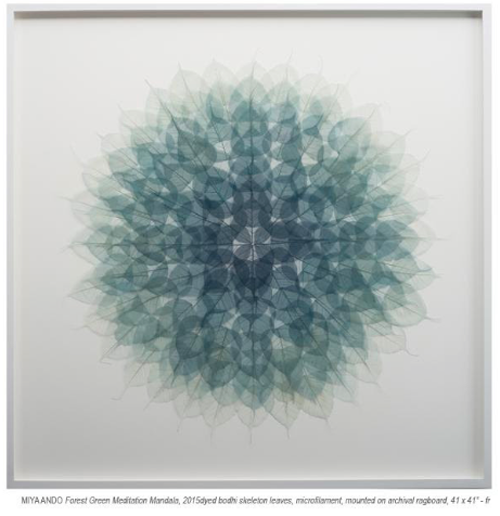 Also opening…”Silence is a Thing I See, new still-life paintings by Gershom. The artist has been exploring and navigating the diverse world of still-life painting, ranging from sumptuous abundance and riches to the traditional vanitas of life .Through paint, his objects tell stories captured through shape, texture, light and color. Each painting is a veneration of each object that invokes the viewer to look more closely at the objects often overlooked.

Pop by the ROBERT BERMAN GALLERY (B7) to see “Space and Motion,” a pop up exhibition for Britt Week, featuring artist John Rose : sculpture and Gary Palmer : Painting from 6-9 pm

Head to the other side of Bergamot (where our Pick of the Week takes place) ROSEGALLERY hosts an artist reception tonight to celebrate the art of Dirk Braeckman from 6-8pm at Bergamot Station (G5).

TRI Gallery was founded in 19 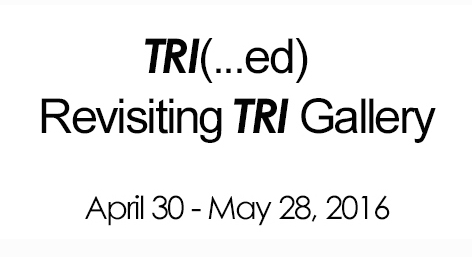 92 by artist Rory Devine in his home at 1140 S. Hayworth Ave in Los Angeles. It was created as a response to the lack of exhibition opportunities for emerging artists—similar to artist-run spaces such as FoodHouse, Bliss, Nomadic Sites and Three Day Weekend that were opening at the same time. 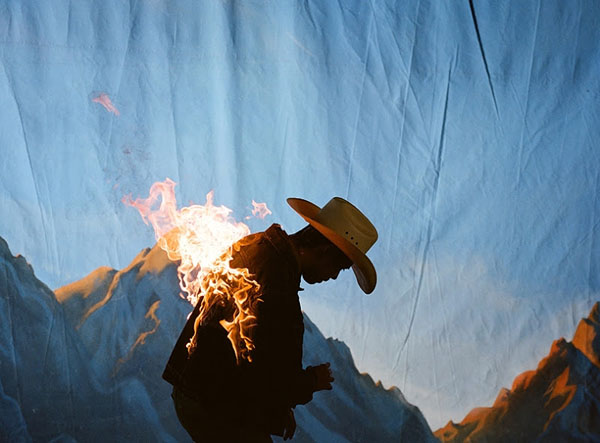 “MOPLA has energized the photographic community in Los Angeles..bringing with it a spirit of collaboration and support,” said Jen Jenkins, owner of Giant Artists.

MAMA Gallery is proud to present “The Earth Is Flat,” James Georgopoulos’ second solo exhibition at the gallery. 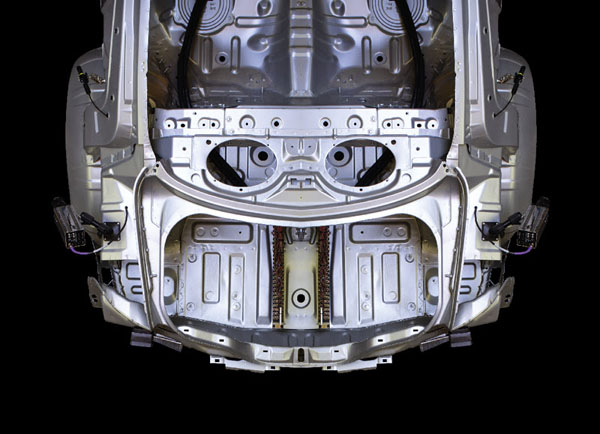 t the artist created out of found, fabricated, and handmade materials, “The Earth Is Flat” is an interrogation of artificial intelligence (AI) and the values and hazards implicit to autonomous computing. The artist‘s four sculptures themselves are superficially interconnected to insinuate that technology has inculcated itself as an indissoluble event in human history. 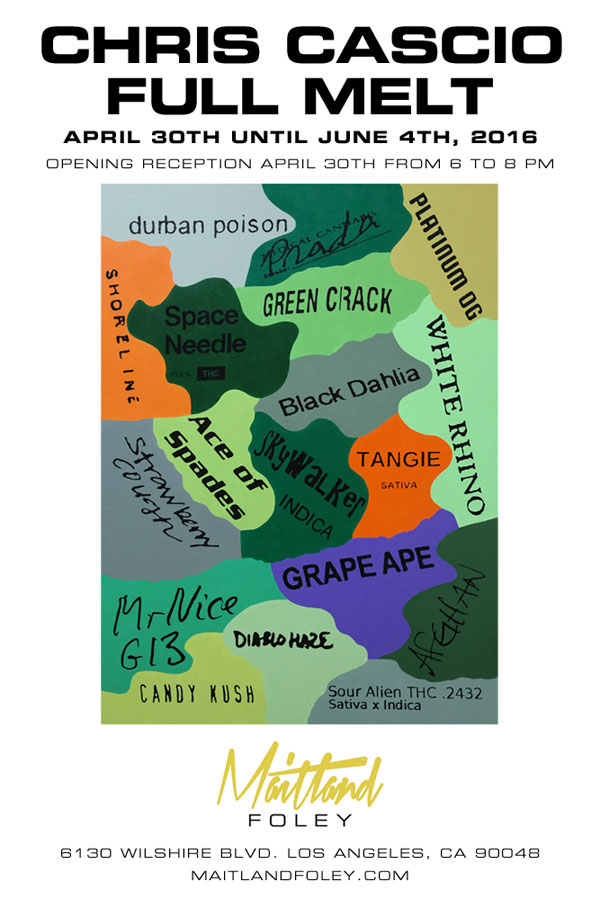 Maitland Foley is pleased to announce its inaugural exhibition, “Full Melt,” a solo show of new work by Houston-based artist.

Building off of his continuing series of Drug Maps, Cascio scales down the presence of his previous work for “Full Melt,” and focuses in on cannabis, and its industry. Referencing notable strains and marquee brands, Cascio plots these signatures and marks across varying neo-camouflage canvases, giving a nod to both the fashion of street culture, as well as the renegade journeymen who take the risk of growing to bring the product to market.

Utilizing a palette that lends itself to the subject matter, tones of honey, orange, and brown dominate works focused on manmade extraction, while greens, browns, and purples carry the eye through nature’s bounty. Ultimately, a chronicle of the artist’s own consumption, the works in “Full Melt” show a sophisticated understanding of the landscape of this culture and its new environs. 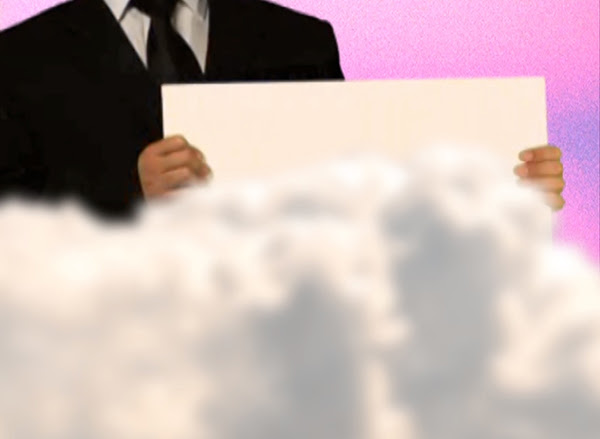 Often seen in early online publishing platforms like Angelfire or WordPress, defaults are preselected options computer programs provide when no alternative is specified by the user. As artist Guthrie Lonergan notes on his webpage Hacking vrs. defaults (2007), the most banal websites are generally constructed from these preselected options. In desktop computer programs like Photoshop and iMovie, defaults allow users to digitally mimic complex aesthetic techniques like color gradients with the click of a mouse. The result can be described as what artist Michael Bell-Smith referred to in his 2013 talk Image Employment at MoMA PS1 as the “readymade affect.”

Each item used by the artist is a quotation of an existing structure, an artifact of a previous visual or material identity culled from print media, archived photography or found studio materials. Dicke’s work interrogates these existing visual mediums through sandpaper abrasions, selective framing, cropping and other deviations. 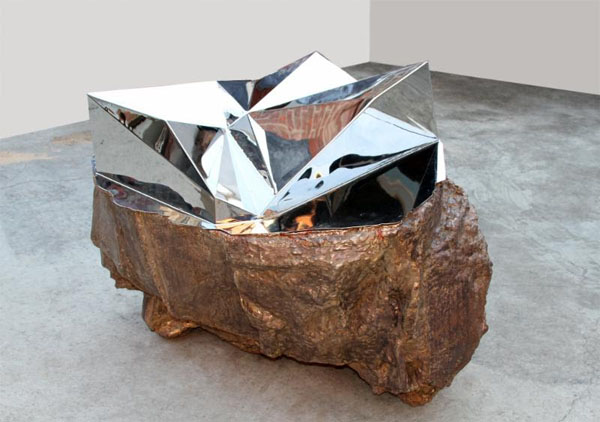 turing new paintings and sculptures by the multidisciplinary artist, the exhibition will present a culmination of three interrelated, and ongoing, bodies of work. Berg has spent the last three decades exploring art at the intersection of science and philosophy, staging conceptual and experiential encounters with objects and surfaces. In the Blink of an Eye,

In this exhibition, Berg explores the temporal and shifting nature of perception, focusing on the moment in which an artwork is experienced and apprehended by the viewer. Fleeting and momentary, the impression of the object is a time-based instant of cognition that lingers; a space of flux and instability in which boundaries are lax and mutable. 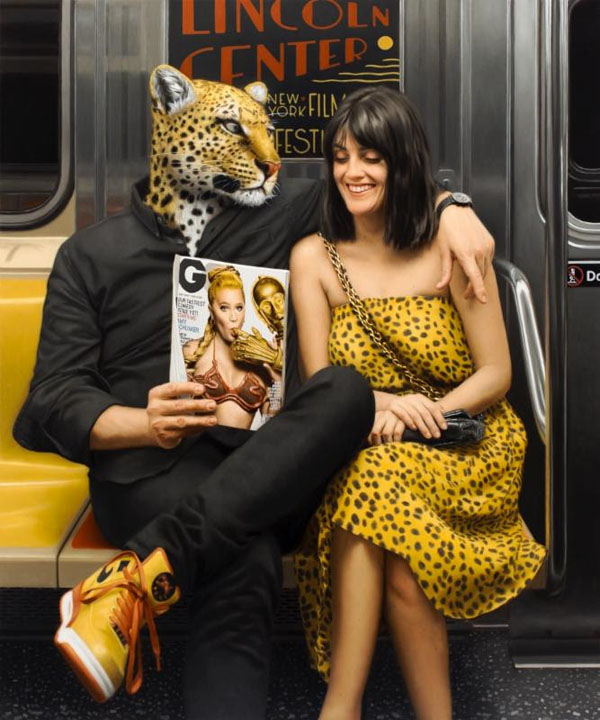 inkspace hosts receptions for two exhibitions…”Melancholia,” the gallery’s first solo exhibition of paintings by Korean artist Kwon Kyung-yup. A graduate of Sejong University in Korea, where she completed an M.F.A, Kwon is currently based out of Seoul. Known for her pale ghostly paintings of delicately rendered figures, the artist uses the human body in her imagery as a vehicle for healing, mourning, and memory. Meditative in their starkness and otherworldly in their filmy delicacy, her figurative depictions are cathartic and emotional, suggesting both trauma and recovery, forgetting and remembering.

Concurrently on view in the Thinkspace project room is Underground, featuring new oil paintings by Los Angeles-based artist Matthew Grabelsky. His works combine a hyperrealistic painting technique with a surreal penchant for unlikely juxtapositions. Raised in New York City, Grabelsky uses its subway’s underground world as the setting for his unlikely pairings.

At 8pm, Dysonna City Art Gallery (5373 Wilshire Blvd LA, 90036) holds the final event for its jazz series from 7-9pm. Be sure to check their website for admisson prices and performer info.