The Malibu Guitar Festival presented by D ‘Angelico Guitars, to be held from April 28- May 1, announces a stellar line-up of nationally recognized artists to perform at the 2nd annual event held in Malibu, California. 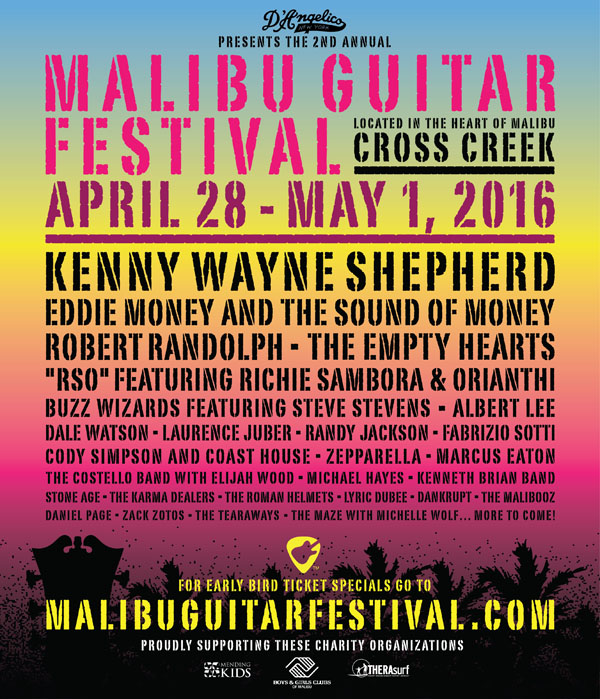 The Malibu Guitar Festival is a 4-day event launching with an opening night fundraiser on April 28; Festival kick-off featuring RSO with Richie Sambora and Orianthi, and special guest Albert Lee on April 29; Festival Day – Main Event at Malibu Village on April 30, and closing with a special Beatles Brunch featuring a “Beatles Gear” Presentation by Andy Babiuk, an Art Exhibit and Live Performances

Malibu Guitar Festival co-founder Doug DeLuca, a music and guitar lover who lives in Malibu, partnered with good friend John Watkin in an effort to bring a high level music and entertainment experience to the seaside town. The duo saw an opportunity to bring the community together, by securing globally renowned, award-winning musicians to perform, while also supporting local musicians and giving back to charity. Steve Ferrone, drummer for Tom Petty And The Heartbreakers, was tapped to become the festival’s Music Director.

DeLuca is a Co-Executive producer for Jimmy Kimmel Live and Watkin, a longtime Malibu resident, is co-owner of the Emmy-winning Planet Grande Pictures. Together, they leveraged their collective networks to bring the 2015 inaugural festival to fruition. “The iconography of the guitar and the backdrop of Malibu are a perfect combination for this beautiful event inspired by a passion for music and a love of community,” said DeLuca, adding “the artists and supporters that have come together will insure the event’s success and growth well into the future.” The community and outlying regions have fully embraced their concept, which was recently awarded with a Malibu Times’ “Dolphin Award” in recognition of their service, commitment and contribution to Malibu. The 2015 Malibu Guitar Festival raised more than $30,000 for Boys & Girls Club of Malibu, Little Kids Rock and the Malibu Special Education Foundation. 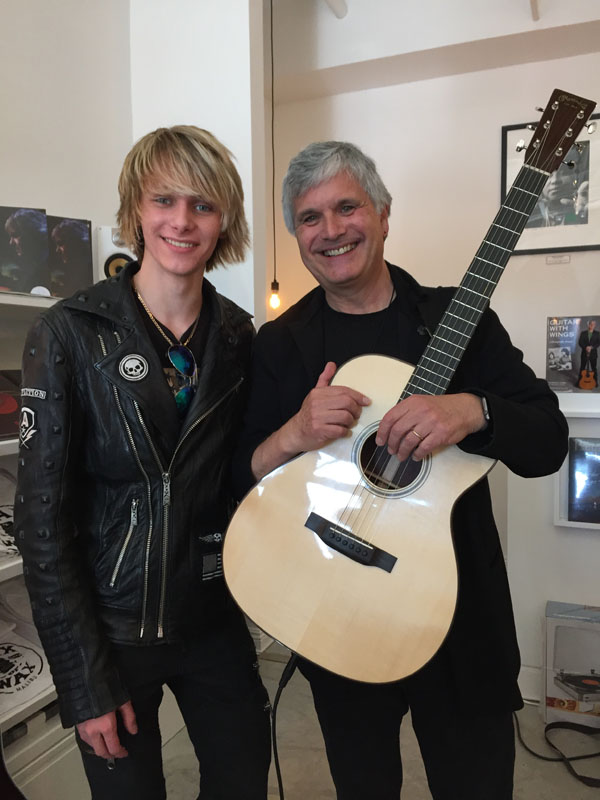 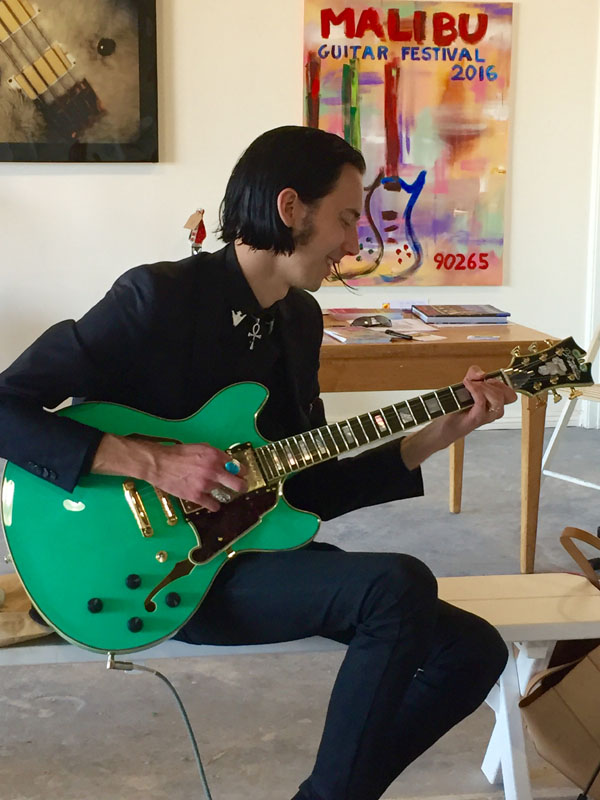 *The Malibu Guitar Festival is offering a weekend pass at an “Early Bird” rate, which offers access to the festival kick-off concert at Casa Escobar (4/29) and to the Festival Day – Main Event (4/30) at Malibu Village. Both general admission and VIP access packages are available.
For more information: CLICK HERE!

Sunday, May 1: 10:30am – 2:30pm – Beatles Brunch at The Sunset, 6800 Westward Beach Road, Malibu, CA 90265
The closing festival brunch pays homage to The Beatles with a “Beatles Gear” presentation by musician/author Andy Babiuk based on his critically acclaimed book, which is the first to tell the full story of how The Beatles made their music. Babiuk details exactly which guitars, drums, amplifiers and keyboards were used at key points of their revolutionary career. Additional highlights include a performance of Beatles songs by Wings guitarist Laurence Juber with Lyric Dubee; a Beatles tribute performance by The Tearaways; additional performances by Fabrizio Sotti and Daniel Paige; and an art exhibit curated by Robert Knight/Maryanne Bilham featuring exclusive photos of Paul McCartney and Ringo Starr, among others. Laurence Juber will also share never-before-seen photos of The Beatles taken during his stint with Wings. In person author appearances and onsite book signings with Andy Babiuk (Beatles Gear), Lisa Johnson (108 Guitars) and Robert Landau (Rock ‘n Roll Billboards Of The Sunset Strip).
To purchase tickets for Sunday May 1, 2016 Beatles Brunch at The Sunset, CLICK HERE! 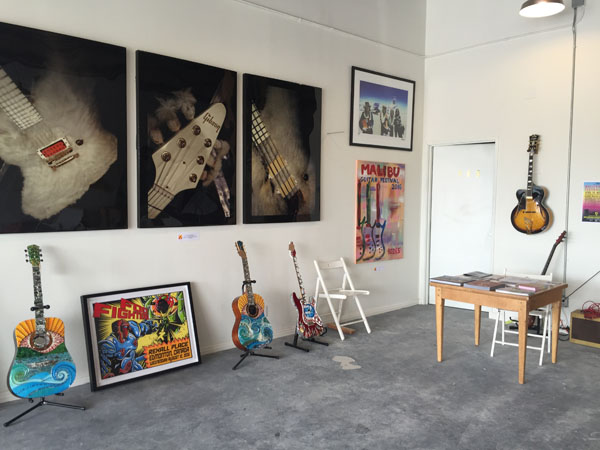 About D’Angelico Guitars:
D’Angelico Guitars recently received “Best in Show” for companies to watch at the 2016 NAMM Show, due in part to the New York made Master Builder Series. Over the course of more than 80 years, D’Angelico has moved from a tiny shop in Little Italy to a sprawling showroom in midtown Manhattan, but their promise remains the same: to produce exceptional guitars that uphold the legacy of founder John D’Angelico.

About Malibu Guitar Festival:
The brainchild of Malibu resident’s Doug DeLuca and John Watkin, both avid music and guitar fans, who utilized their deep passion and connections to bring a grand scale music festival to the shores of Malibu. They reasoned there is no place on the planet with more guitar-lovers, collectors, and aficionados per square mile than Malibu, noting how the guitar unites us all.