Skip to content
Review: Turn Me Loose at the Wallis Annenberg Center for the Performing Arts in Beverly Hills 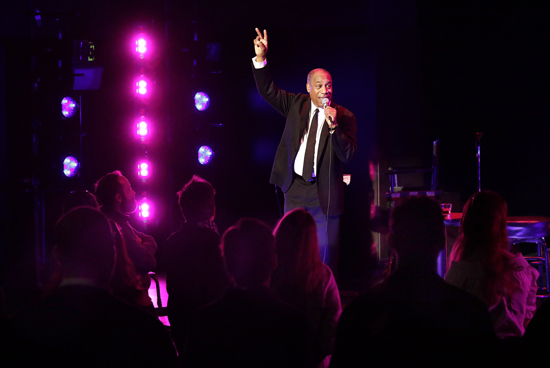 “You can’t laugh social problems out of existence” goes a line voiced by Emmy Award and NAACP Image Award-winning film, television and stage veteran Joe Morton as Dick Gregory in Turn Me Loose by playwright Gretchen Law. This West Coast Premier of the Off-Broadway hit is staged to partially transform the Wallis’ Lovelace Studio into a comedy club with half the audience is seated at small tables close to the stage as we become intimately captivated by the words and life of the deeply passionate comedian and social activist. 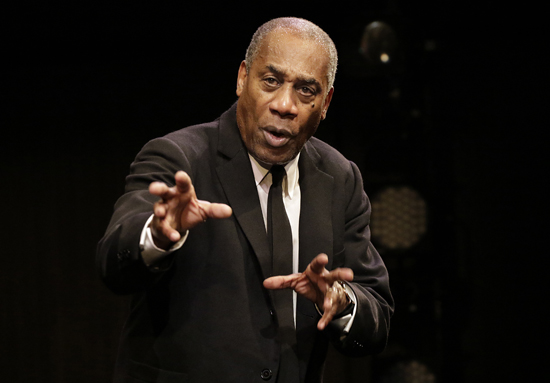 As much a social political history lesson about race and civil rights as a stand-up act, we are taken back and forth between the 1960’s when Gregory was finding his place in the entertainment world to the clearly spiritually grounded presence later in his life and at the time of his passing in August of this year.

Joe Morton subtly shifts in tone, posture and gait portraying Gregory over these 50 years while consistently delivering skillful soliloquies and verbal punches to the audience’s gut, engaging us and keeping us off guard with jokes that educate and admonish our collective complacency. At one point he cajoles us to stand up in our seats and voice to him the racial epithet he so often hears when performing. Supporting Morton on stage to move through the flow of scenes is actor John Carlin who nimbly voices characters including racist audience members who taunt and heckle Gregory as he stands his ground. 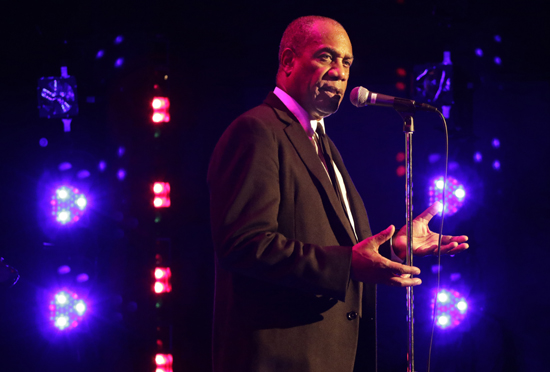 Gregory had an internal voice knowing what to do from insisting to having a “seat on the couch” at the Tonight Show to standing with his friend Medger Evans weeks before he was killed and whose last words were “Turn Me Loose”. Leaving the theater, Gregory’s thoughts and feelings linger to offer more light on the racial and social issues we still confront today.

The production is directed by John Gould Rubin and produced by John Legend and Mike Jackson with an original song by legend. Turn Me Loose has an extended limited engagement through November 19. http://TheWallis.org