With an invite to the audience to “get down” with a live DJ set and complimentary champagne before and after the performance, and during the intermission, Los Angeles-based BODYTRAFFIC set the mood for an entertaining program of works from four choreographers at the Wallis.

Artistic Director Tina Finkelman Berkett took the stage at the beginning of the performance and after intermission to introduce each work and to provide a unifying theme for the program – the exploration of identity. Who are we? What represents you?

Also unifying among these abstractly narrative individual works is a similar choreographic style that emphasizes movement that is complex, energetic, fast-paced, angular, and agitated that often seems as if the dancers are marionettes having their strings being pulled by some external force.

Beginning the program is the world premiere of “Love.Lost.Fly,” choreographed by Michela Taylor, the company’s first Artist-in-Residence. Taylor’s desire and creative process took to reimagine the story of “Madame Butterfly” and explore the emotions associated with unrequited love and heartbreak as experienced when two people come together from opposite worlds. Instead of the score by Puccini, the operatic feel of the work features original music and sound editing by SHOCKEY that weaves in classical musical sounds that accentuate the Taylor’s choreographic influences of ballet, hip-hop and modern dance. 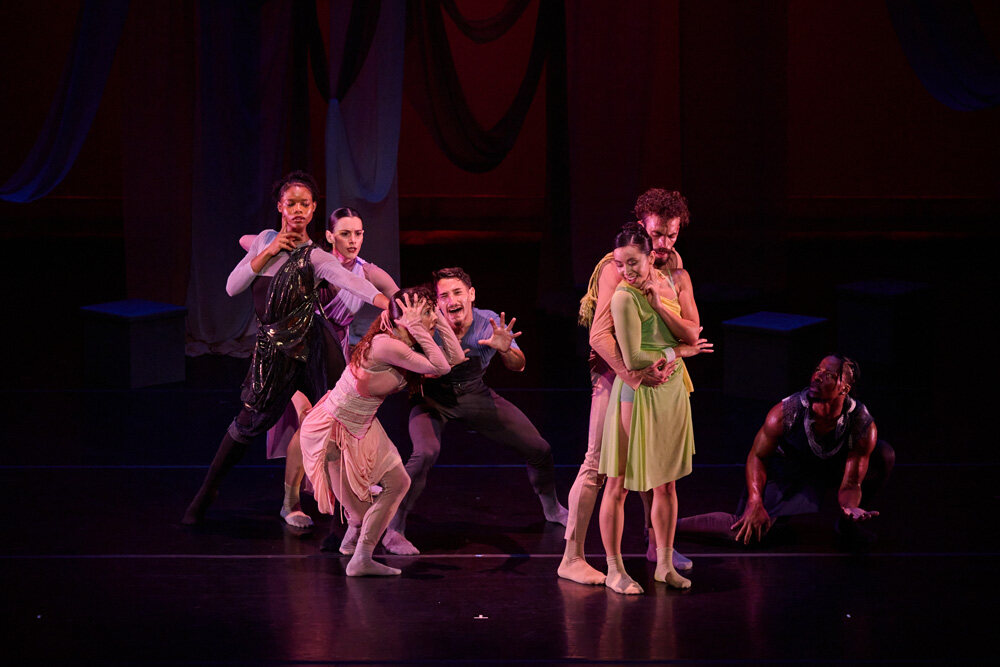 After a long pause, we are treated to Michael Neenan’s mostly whimsical and upbeat “A Million Voices” danced to sentimentally nostalgic songs sung by Peggy Lee, which, per the program notes, “are in response to the political climate of her time.” The lyrical flow of the work guides us to a place of reconciliation and as the iconic lyrics suggest, “If that&#39;s all there is my friends, then let’s keep dancing. Let’s break out the booze and have a ball.” The piece concludes with an atmosphere of quiet as a solo bare-chested Black male dancer runs in place, bends his knee to the floor, reaches up and out and salutes patriotically to a call for “freedom.”

After an intermission, presented was “The One to Stay,” a West Coast premiere, choreographed by Baye & Asa (who are the team of Sam Pratt and Amadi Washington.) This more solemn work with shadowy in staging was inspired by and based upon Patrick Radden Keefe’s book “Empire of Pain: The Secret History of the Sackler Dynasty.” The dance is described as a statement on power and greed related to the opioid crisis. Set to a score from Eastern European and Russian sources including Russian Brass Band; Romanian Folk Dances; Béla Bartók; Georgy Sviridov the choreography accentuates a variation of harsh military-like marching, convulsive twitching as well as more delicately interconnected harmonic movements. 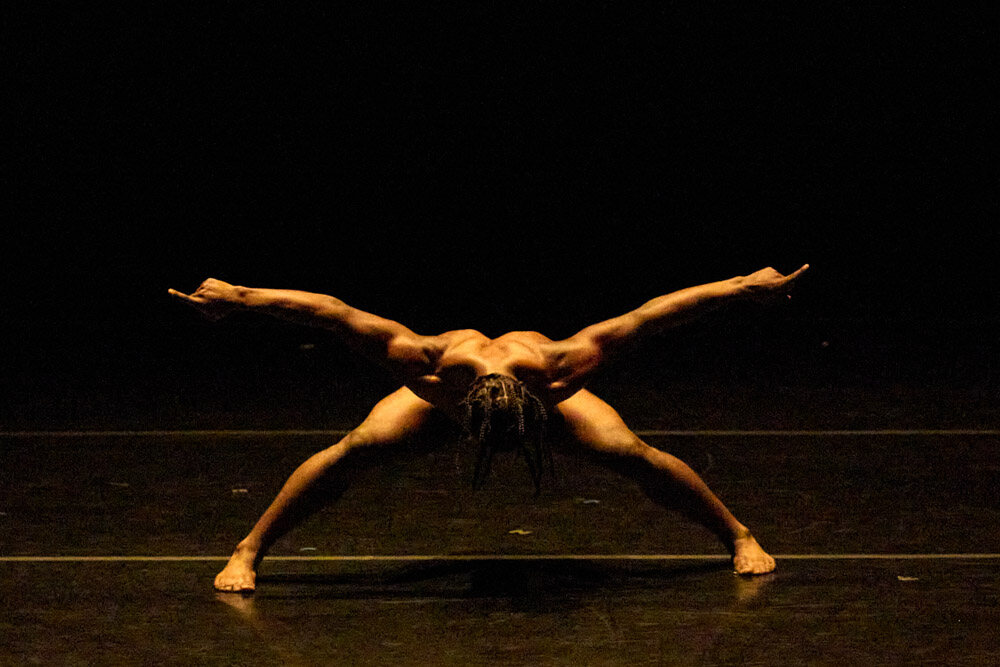 Completing the program was Alejandro Cerrudo’s “Pacopepepluto.” The dance, divided into three segments, each to a song sung by Dean Martin, features solos by male dancers costumed in a lightly colored thong that accentuated their frontal and posterior muscularity as they joyfully expressed themselves with wit and grace.

For upcoming programs at The Wallis, go to TheWallis.org