In the intimate setting of the Audey Skirball Kennis Theater at the Geffen Playhouse, Vinny DePonto, entertained, engaged and educated an awestruck audience with his solo performance of “Mindplay.” A core component of the show had DePonto relying on randomly selected audience members to participate with him in a series of, as he calls it, psychological tricks to uncover the answer to the performance’s  main theme of “what’s on your mind?”. DePonto is charming, non-threatening and compassionate In his interactions with audience members who join him on stage  and are gently guided and manipulated as he seeks to reveal their thoughts and memories. 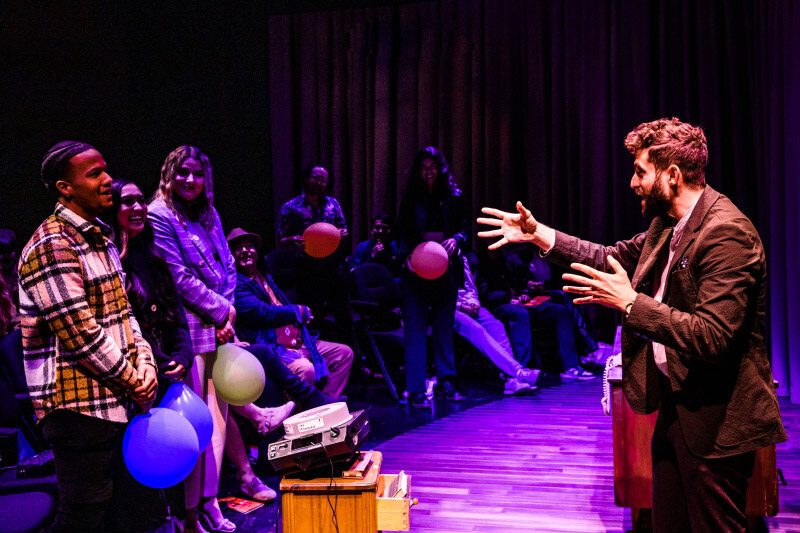 Th show wove together a multi-faceted theatrical performance that had him joking in the fashion of a stand-up comedian; telling personal autobiographical confessional stories from his own childhood; presented, educating us, in what in another venue could be an academic TED talk on the neuroscience of the brain, memory and behavior; and  then taking us into a surreal twilight zone world where he is confronted by entities beyond his control.

A fascinating part of the program was when DePonto described and demonstrated his approach to the classic technique of creating a Memory Palace in his mind. He is able to attach memories with specific objects or scenes in a visualized environment and then be able to mentally “walk through” this space to recall and recite specific passages from randomly selected pages of a book that he had memorized. 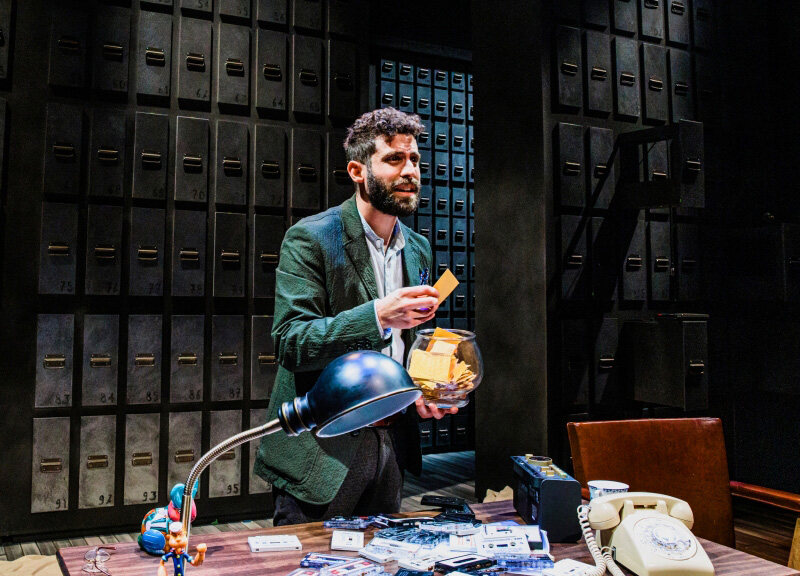 The performance was co-written with Josh Koenigsberg and directed by Andrew Neisler. Sibyl Wickersheimer’s set design involved an  immense structure of file cabinets that had a life of its own as DePonto interacted with opening and closing drawers containing all sorts of memories. The theatrical feel of the performance was  enhanced by Pablo Santiago’s eerie lighting design and mood-altering sound design by Everett Elton Bradman.

With all the magic and wonder of his performance DePonto’s overall message to the audience was heartfelt and reassuring  as he  acknowledged  the challenges we face in being human, with our fears, loves, and what we hide away and how the vagaries of our thoughts and memories  can function to support us in healing old wounds and nurturing  our desired  future.

For more about Vinny DePonto https://www.vinnydeponto.com/

For upcoming shows at the Geffen Playhouse https://www.geffenplayhouse.org/