Skip to content
Review: The Book of Mormon at the Ahmanson Theatre

The Book of Mormon is playing at the Ahmanson Theatre in DTLA through March 29, returning to L.A. after several previous successful runs here and nearly 10 years on Broadway.  I attended the premier for LAArtParty and can happily report that the show is a rollicking good time for all, and completely lives up to all the hype it has received, both in terms of the show in general and this terrific production of it. 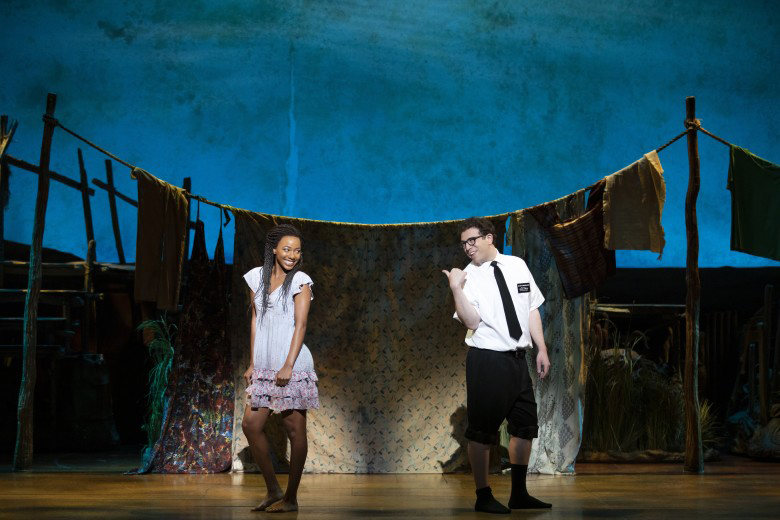 Alyah Chanelle Scott and Jordan Matthew Brown in The Book of Mormon; Photo by Julieta Cervantes

It remains of the funniest shows ever to hit the Broadway stage, with songs that are both beautifully crafted and hysterical, and packed full of humor that while occasionally might be a bit dated, is still quite effective and often laugh-out-loud funny. This is all aided by a remarkable and uber-talented cast, led by Liam Tobin (he played Gerry Goffin in Beautiful – The Carole King Musical) as Elder Price and Jordan Matthew Brown as Elder Cunningham, the roles that made Andrew Rannells and Josh Gad famous, and an amazing Alyah Chanelle Scott as the free-spirited young daughter of the Tribal Chief.  The secondary performers are all amazing as well.

The show somehow magically manages to both skewer and celebrate Mormonism, but in reality no branch of belief or religion is left untouched as the show examines faith and the uniquely American spirit and missionary zeal that form the backbone of Mormonism.  But at its core The Book Of Mormon is really a buddy comedy about two mismatched young missionaries who are sent out on The Mission From Hell to Uganda. 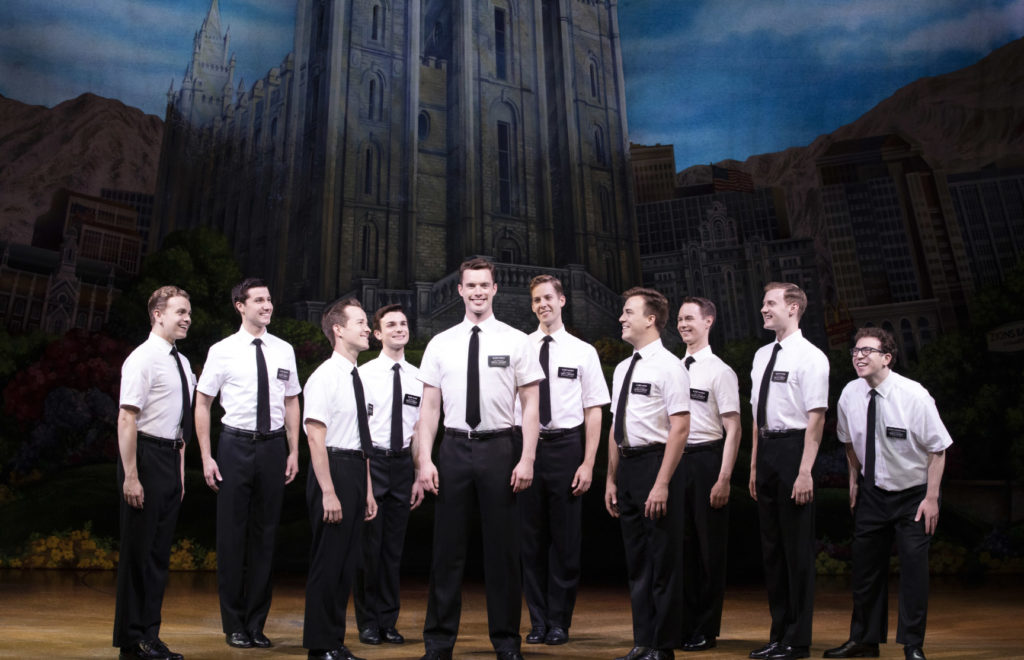 The company of “The Book of Mormon; Photo by Julieta Cervantes

Created by South Park writers Trey Parker and Matt Stone, with music by Robert Lopez of Avenue Q and Frozen fame, the show is, like South Park, an amalgam of many different levels of humor ranging from silly to brilliant.  A lot of it is very un-PC and hilariously foul-mouthed, but the audience I saw it with loved it, and many of the songs in particular received wild applause.

Deeply religious people may not find the show at all amusing, but almost everyone else will have many things to love here.  After all, there is something in The Book of Mormon to offend everyone.  If you love musicals, South Park or even just satiric humor in general, don’t miss it!  Visit the website to find our more – https://www.centertheatregroup.org