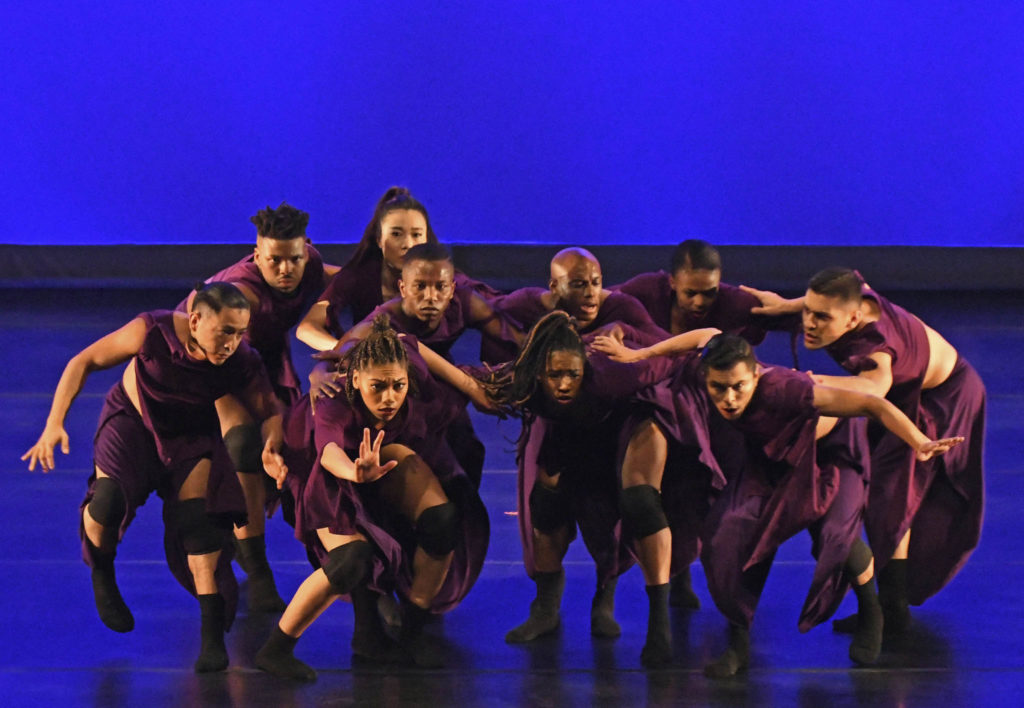 All photos by Kevin Parry

Combining musically-driven high energy African, hip-hop, modern, ballet and jazz dance movement with personally expressive theatrical presentation, the youthful ensemble of performers interpreted and portrayed the passionate messages contained in each choreographed work.
The world premiere, Hands Up, A Testimony, choreographed by Tommie Waheed Evans to, as he expressed, “the wailing war-cries at Sunday’s devotional service” as heard in the gospel-inspired song “He’s Alive” by Michael Mindingall & Communion, set the tone for the evening to reach out, encourage and uplift.

Next, to ground us in both the historic context of the African-American struggle, and perhaps remind us of where situations still are today, were excerpts from Lula Washington’s 2004 work King that presented a solo performer moving and gesturing on stage as we hear Dr. Martin Luther King, Jr.’s Montgomery Boycott speech and view a slide presentation by Michael David Ricks showing the horrors of lynching and the segregationist signage of the Jim Crow era.

To Lula with Love/Warrior, another world premiere, honored and paid tribute to the persistence and sustainability of the company in overcoming obstacles over the years. Choreographed by Christopher Huggins, with the flute and drum beat music of Kodo & Flying Lotus, the dancers, in warrior-like costume, forcefully present themselves and engage with each other in ensemble and duets with a culminating appearance by Lula herself raising her fist-clenched arm. 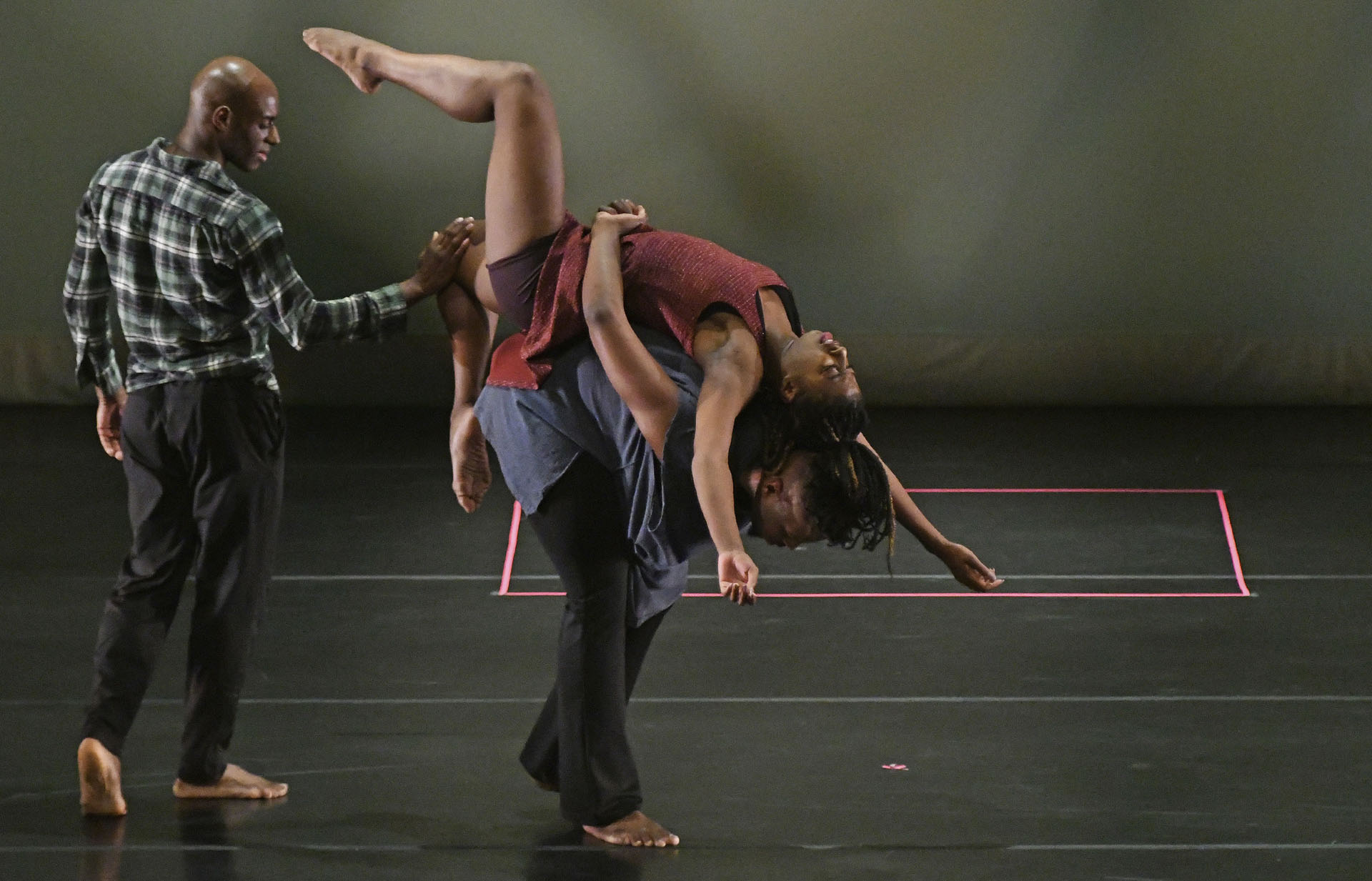 Zayd, a premiere by the company of the 2018 choreographic memoir by Esie Mensah portraying her obstacles and the help she received to get to where she is today. Moving to music by Memeza – Benny Maverick DJ Joejo Remixa, a lone female dancer wearing white begins to move with fluidity then shakes to tympanic sounds as she is approached and surrounded by dancers stomping and clacking sticks as they continue to chase and attack her until she begins to move in sync with them until she is finally surrounded and lets out a scream.

After intermission, we are confronted with excerpts from Lula Washington’s 2017-2020 “sneak preview/premier of a series of Fragments that are conceived to become a completed 90-minute work that she says is “my personal attempt at maintaining my sanity in a world that seems increasingly insane (as) Number 45 has created an America that is becoming unrecognizable.” With music by Sun Ra, Marcus L. Miller, and Nipsey Hussle, the performers begin with strutting across the stage, facing the audience and expressing “WHAT?!” with a litany of admonishments about “lying”, “cruelty” and “wars against the press, poor people, the Constitution”.

The short scenarios present a variety of individual dancer presentations and include an extended and very striking piece with a vulnerable woman who is stalked, to the sounds of edgy trumpets, by two glaring men who attack, grab and manipulate her body as she makes efforts to fend them off.

Before the finale, Tamica Washington-Miller, Associate Director and Choreographer and Lula Washington’s daughter, took the stage to honor her mother and her father Erwin, who is co-founder and Executive Director, for the 40 year anniversary of the company, as well as her parents’ 50-year marriage.

Reign, choreographed by Rennie Harris, originally created in 2010 and updated in 2018 returns to the theme of redemption through the church. Throughout the dance these young people hearken us to “Hey Wake Up! and recite messages of love, respect and peace, and the revelation that “we’re all a part of God’s body.” 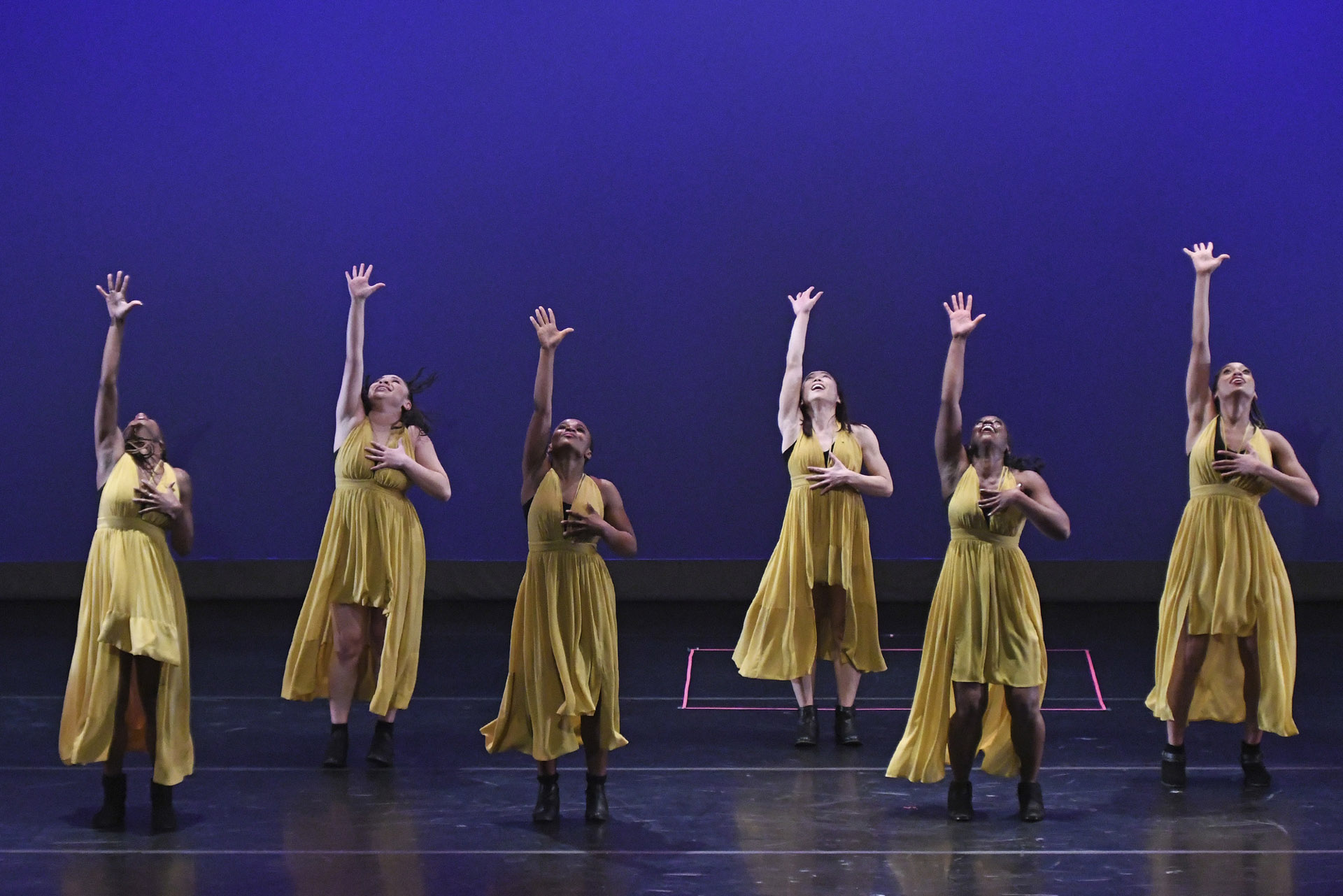 Lula Washington ended the performance by addressing the audience with an invite to continue to celebrate and join her in a champagne toast in the lobby. Members of the company are Joniece Boykins, Quron Clarke Tehran Dixon, Danny Guerrera, Ongelle Johnson, Kozue Kasahara, Martez McKinzy, Haniyyah Tahirah, Michel Tomlin III, and Jan Virga-Hall.

The Lula Washington Contemporary Dance Foundation is a 501(c)3 tax exempt non-profit organization whose education mission is to create a school in the inner city where young people can learn the art of dance, launch careers in dance, and where dance is used to motivate, educate, inspire, challenge and enrich the lives of young people so they can become successful, productive and competitive citizens. For more about the foundation, go to lulawashington.org For upcoming performances at The Wallis, go to TheWallis.org