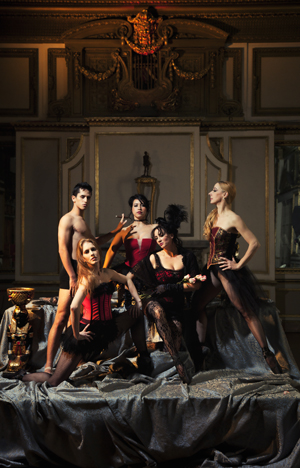 The grand and elegant feel of the venue, built in 1906, played a role in setting the atmosphere for the Moulin Rouge-inspired theater of sensuous delights that seamlessly blended opera, ballet, world dance and classical and popular music artistry.

In true cabaret fashion, the audience seated, some at small tables, around three-sides of the raised stage, was able to enjoy gourmet cuisine and delicacies by Bravo ‘Top Chef’ Ilan Hall of “The Gorbals” as well as libations from a full bar. 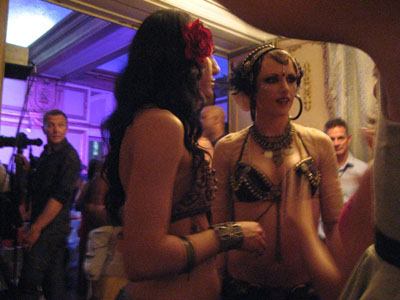 All-in-all, it was an evening in which the sum of the individual artist’s parts contributed to creating a collectively greater and satisfying whole.