Our Pick of the Week is the debut of the Culver City Arts District Summer Solstice! Let’s celebrate the start of summer this Saturday, June 21st from noon to 7:00 pm in Culver City.  See my Westside Today article about the event. 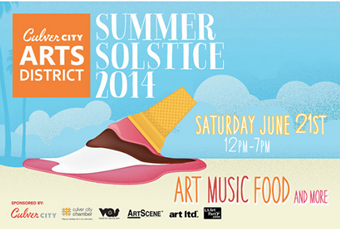 s is a big day in Culver City, NY Magazine is also hosting a Culver City Artist Tour….so get out there and enjoy it. Be aware that there are several galleries in Culver City are having openings and events today and TONIGHT….(See Saturday’s Event Page) as well….so you don’t miss any great art parties.

This free self-guided tour and extravaganza will feature art, live music (provided by Music LA) as well as special deals from local business and restaurants.

Presented by the Culver City Arts District (CCAD), this brand new event was created to unite the Culver City art scene by spotlighting the many galleries, restaurants and shops in the district.

To find our more about the entertainment and see the full musical lineup scheduled for each venue, CLICK HERE!!

Josetta Sbeglia (owner) and Paul Dahmen (gallery director) of Fresh Paint have played an active role in creating this event along with other members of the CCAD. “Fresh Paint Art Gallery will hold the opening reception for their “Summer Solstice” Group Show from 12pm – 7pm featuring fifteen Fresh Paint artists,” explains Dahmen. Fresh Paint will also be hosting four free musical events throughout the day, both indoors and outdoors in our large parking lot.” 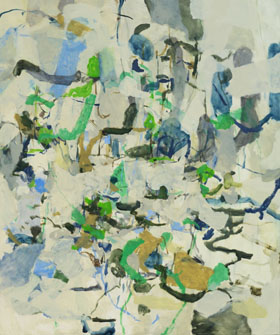 There will be an opening reception with the artists from 6-9PM but open all day Thinkspace will be open for the Solstice event with a special print release  from Jacub Gagnon taking place at 1:00pm. Thinkspace Gallery, 6009 Washington Blvd.

This will be Sallie Whistler Marcucci’s second in Southern California and will feature new paintings. Sallie Whistler Marcucci (related to American artist James Abbott McNeill Whistler), began studying art with artist Hans Joachim Staude soon after moving to Florence, Italy, in the early 50’s. In 1956, she attended the Art Student’s League in New York to study lithography and etching with artist Harry Sternberg, then studied watercolor with Oskar Kokoschka in Salzburg, Austria. 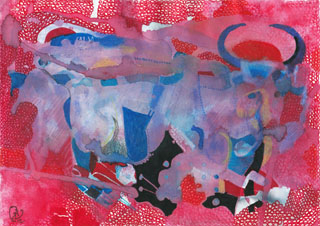 llie presently lives and works between Monaco and the Tuscan countryside.The show runs through August 29th

Century Guild gallery will hold a Summer Solstice cabaret with performances by Thomas Negovan (By Popular Demand), Kevin Dippold, Emmett Skyy, and Adrian Bourgeois. Jason Louv of Ultraculture will be giving a lecture on the occult, and Shawn Borri of Borri Audio Laboratory will do a live wax cylinder recording on an Edison phonograph. Century Guild 6150 Washington Blvd. Culver City, 800-610-2368, http://www.centuryguild.net 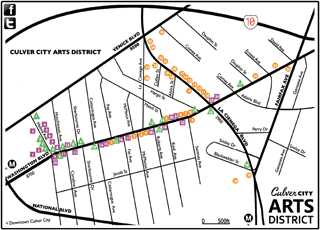 ests are encouraged to Go Metro to the event and receive special Destination Discounts at several restaurants and shops throughout the district.

The Culver City “CityBus” has joined the cause and will offer $1 day passes for unlimited rides. The Culver City Expo stop is one block east of the Arts District.

Parking for the Summer Solstice event is available in Downtown Culver City parking structures with limited parking at the Helms Bakery Complex, the Exceptional Children’s Foundation and along Washington Blvd. and La Cienega Blvd. Guests are advised to refrain from parking in the residential area surrounding the Culver City Art District.

More information about the Summer Solstice is available by visiting the Culver City Arts District Facebook Page or www.culvercityartsdistrict.com