Welcome Back….Happy 2014!!! Ready for a fab year of art events…If it’s you haven’t checked LA Art Party in the last two weeks, you may not know yet that we have changed our weekly post date to Fridays at noon. I have accepted a new position at Westside Today and my column “Talk of the Town,” currently in the Santa Monica Mirror will now be included in the newly revised Westiside Today (over 90,000 circulation. I am excited to write for a whole new market. 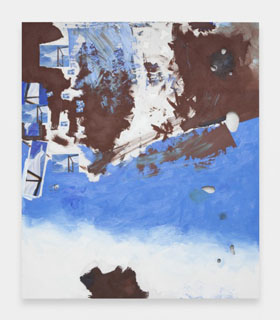 Here’s what the gallery has to say about it…The works on view all stem from a pact between the two artists whereby each agreed to make work inspired by, or which incorporate a single found image that depicts a white sheet billowing in the wind. They chose this innocuous image so that each would have to draw upon their own fantasy and imagination to create works and so that viewers would have to do the same to when they view them.

Lynch will present a group of paintings and a sculptural installation. His paintings incorporate multiple copies of the photograph with a range of painterly effects atop the image. He also will present an installation consisting of his own desk and a laptop computer. The laptop will project the source image and next to it there will be a painting of the same image that Lynch commissioned from a commercial illustrator.

Ito will also present a mix of painting and sculpture. His paintings consist of three abutting panels, one with stream of consciousness text that he wrote in reaction to the source image; one with hooks holding picture frame keychains that house the source image; and one with an abstract wave painted in two colors. His sculpture consists of a group of installations comprised of ready-made objects that he purchased from a Staples store (paper clips, office frames, binders, graph paper with ink drawings and stencils), a printed photograph of the found image, and some plaster lumps that resemble moon rocks. He thinks of all these works as “open-scripts” that can be read in a multitude of ways. 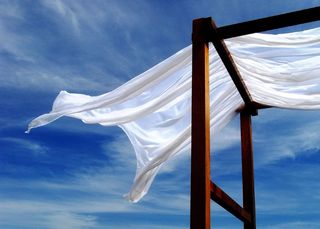 Alex Ito (born 1991 Los Angeles) earned a BFA from Pratt Institute (2013). In 2013, he had a solo exhibition and three month residency with The Still House Group in Brooklyn and had work included in group exhibitions at Brand New Gallery, Milan and Fireplace Project, East Hampton.