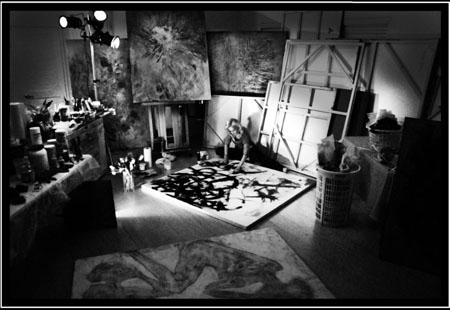 Now back to the PIck of the Week....T O U C H M E T O U C H Y O U opens this Saturday, July 21st at TAG Gallery featuring the work of artist, Julienne Johnson.

I featured Julienne in an article in last week’s Santa Monica Mirror.

This event also celebrates the release of her new book, Ashes For Beauty. which is edited by art critic and editor Peter Frank.

Julienne has a passion for her work and paints with her hands, as seen in the above photo. 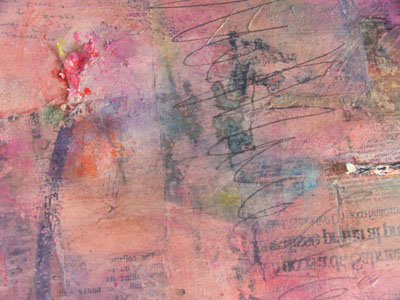 xplains, “I love the texture of paint, the pliability of clay and the strength of metal. I create in a physical way, working hands on – applying, removing, scraping, sanding, sawing, soldering, pounding – I’m all over it; shape to shape and color to color until I’m satisfied with the whole.”

In addition to being an accomplished international artist, Julienne is also a grammy-nominated songwriter. 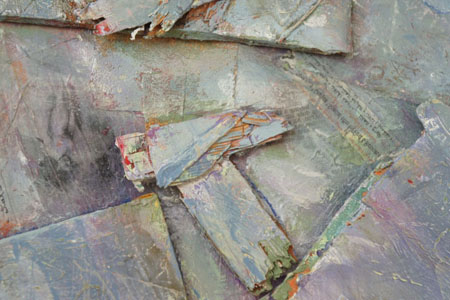 ks about how her book came about, “During a consultation with Peter Mays, Executive Director of LAAA, (early February of 2011) he mentioned that I should seriously consider a book.” She adds, “I told him that I was about to begin that venture, and what I really needed was Peter Frank to write in it.”

Inspired by Peter Frank’s writing and authority as a major art critic, and curator, Julienne was excited to have Peter agree to be the editor of her new book, Ashes For Beauty. “He was my first choice and the very fact that he would look at my work, and want to write about it is completely encouraging to me as an artist. There’s affirmation in that,” she exclaims.

k, in returns speaks highly of Julienne as well and remarks “Her work impressed me with its own combination of raw confidence and formal strategy. She knows how to put together a painting, even as she puts herself right in the middle of its fabrication.”

Her latest exhibition, T O U C H M E T O U C H Y O U was further inspired by Johnson’s recent journey to Doha, Qatar, where her work was presented along with that of thirteen other international artists. 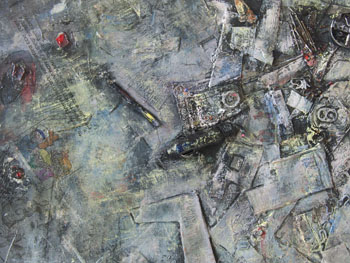 s personal experience with Middle Eastern culture, and the unsettling emotions she encountered while in Doha, has found its way into the work: we see a mix of various materials, pigment transfers, and collage shaping itself into memories of words and presences.

The work of aritsts, Camey McGilvray and Pam Douglas will also be featured.