Skip to content
Pick of the Week…Two Day Art Party at LAMAG “Robert Williams: SLANG Aesthetics!” and “20 Years Under the Influence of Juxtapoz” 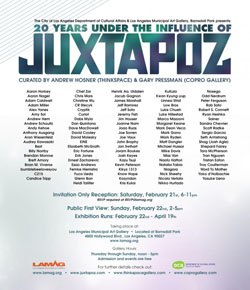 The Pick of the Week is a two day art party at LAMAG at Barnsdall. Be aware the first day, Saturday is by invitation ONLY. But Mama has gotten our LA Art Party readers special access…so be sure to mention LA Art Party when you RSVP! *RSVP TO: rsvp@lamag.org

The two exhibitions, presented by the Los Angeles Municipal Art Gallery and Juxtapoz Magazine commemorate the 20th anniversary of Juxtapoz magazine, (founded by Williams in 1994), and it’s impact on artists over the past two decades.

Here is additional information on both exhibits courtesy of the galleries involved. 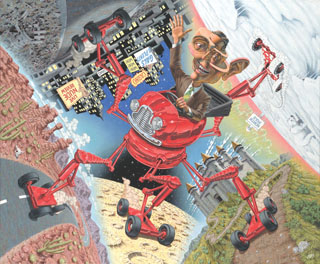 obert Williams is widely upheld as the godfather of the low brow and pop surrealist art movements, and with as much frequency denigrated as an irreverent iconoclast among the arbiters of “high” art. As both patriarch and outlaw, Williams’ enduring influence on the New Contemporary movement is undeniable.

See image: Robert Williams, The Everywhere at Once Cabriolet

In 1994 Williams founded Juxtapoz Art & Culture Magazine and created a platform for this young and insurgent energy on the West Coast; a publication that was dedicated to the underground and to its cultural mutineers. Williams, a self described Conceptual Realist, continues to create artworks that elicit a response and offer an opinion. “SLANG Aesthetics!” is Robert Williams’ first major body of work to debut in Los Angeles in well over a decade, and will feature 25 new oil paintings by the artist alongside a suite of drawings, and a series of large-scale sculptures fabricated with the assistance of Gentle Giant Studios.

“20 Years Under the Influence of Juxtapoz!” features close to one hundred artists who have graced the publication’s pages and website, and showcases the diversity and breadth of the New Contemporary movement Juxtapoz has championed and helped to uphold. 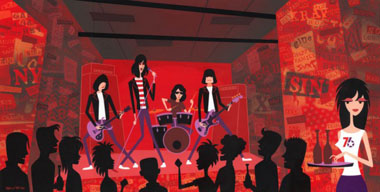 In 1994 in San Francisco, Robert Williams, Craig Stecyk, Greg Escalante, Eric Swenson and Fausto Vitello founded Juxtapoz with the intent of fostering the art and culture of the underground. Providing an alternative voice and narrative as a counterpart to the dominant New York-centric discourse of contemporary art, it featured artists who straddled “high” and “low” culture. Aligning itself with the aesthetics of contemporary street culture, figurative art, California car culture, gig posters, tattoos, graphics, psychedelia and comics, the publication became a conduit and forum for an entirely new generation of artists who were latching on to the visual vernacular of powerfully populist themes. 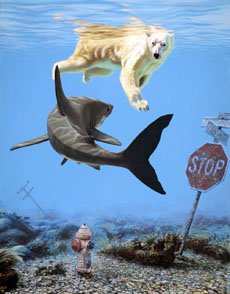 At a time when representational forms of art were widely disparaged by the reigning critical discourse of the art world, a discourse which championed hyper-conceptual and minimalist dogmas, Juxtapoz provided a mouth piece for the New Contemporary movement. Fluid rather than prescriptive, this movement has many monikers but is united by an ethos. The expressive possibilities afforded by figurative or representational work came to the fore, and a democratic sensibility was unleashed.

What once began as an alternative magazine is now the most widely disseminated art  publication in the world. Predicated on the rejection of the artificial boundaries that consecrated “high,” Juxtapoz effectively broke down walls to allow young artists a chance at their own history. It is also an ideal that attests to the power of making accessible art about shared cultural experiences, identities and aesthetics.

The artists featured in this exhibition have been chosen based for their impact on the movement, and on how they themselves have been motivated by such an abundance of inspiration. With access to this imagery and community, new and multifaceted generations of artists continue to emerge from the ranks. Avenues made possible by Juxtapoz, through its wide variety of featured media and expressions, have shaped this aesthetic and preserves its trajectory as far as the imagination will allow.

Full lineup of participating artists in 20 Years U 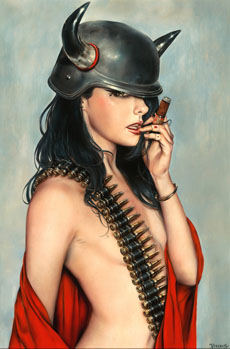 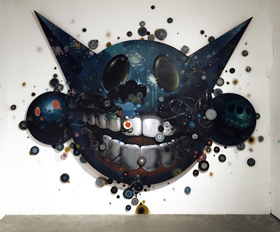 Remember YOU MUST RSVP for Saturday night event. This is by INVITE ONLY….(mention LA Art Party) *RSVP TO: rsvp@lamag.org