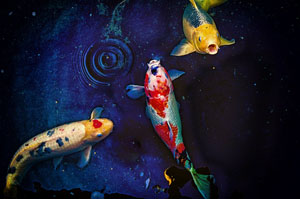 huZ Galleries in San Pedro kicks off the fall with a two person exhibit on Thursday, September 3, 2015. “Kosmic Koi and Luminosity” is an exhibition of light and color complimenting and contrasting against each other. A collaboration of the work of LinLin Hu and Huss Hardan.

Lin Lin sees light as energy, as life, as love and seeks to capture the reflection of light in the way she sees colors. Lin Lin grew up with extremely poor eyesight and saw shapes and forms as indistinct vehicles of aura.

Now with corrected vision, she uses the memories of that aura to create Luminosity, a collection of acrylic paintings capturing the light and energy in Mother Nature. The intricate patterns of sparkling plum flowers, increasing in scale to twigs and branches occupy her canvases with their infinite energy. 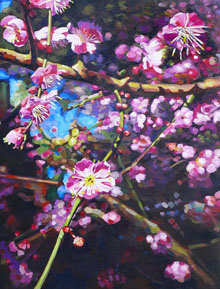 Each brushstroke portrays the dance of light and shadow, the study of which blesses LinLin with the love and energy of our universe.

In the series Kosmic Koi, Huss sees light as a crescendo of intense and highly saturated colors. He uses his photography to capture a surreal moment, a place where nature is realized in its most vibrant form. The Koi fish seem like deep mysterious and mystical travelers, floating in their own world, floating in their cosmos. They move through their universe in a poetic and colorful grace, in both a singular and united manner. One can imagine them travelling through space and time, as creatures not only of this planet but also on a higher level as sentient beings. Peaceful, calm and strong. 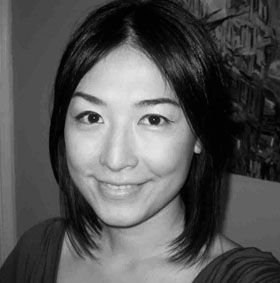 n Lin Hu is an artist based in downtown San Pedro, California. She was born and raised in Taipei, Taiwan. She studied Chinese history at the National Taiwan University. Lin Lin left when she was 23 years old to study art at the Academy of Art College in San Francisco. She loves cultural studies, philosophy and arts in general and so decided to learn art from the basics in a western country so that would allow her to expand her horizons in understanding this world.
Lin Lin’s family is a mixture of Taiwanese, Cantonese and Japanese so cultural diversity came easy to her. Upon graduating the art school, she launched herself into textile design industry, working for home textile companies for 15 years. She decided to be a full-time artist by the end of 2014. Painting is her passion. She uses different media during the design phase, and is continuously studying new techniques and tools to paint every day.

About Huss:
Huss Hardan is the resident artist at huZ galleries. The photography bug bit Huss hard in his early years while living in England and dreaming of good light, first playing with a Polaroid instant camera before branching out to 35mm film. Southern California was the next stop for Huss with a brief move to digital imaging before deciding that anything that can create an image would be his chosen medium. Currently that includes digital, 35mm and medium format film cameras. 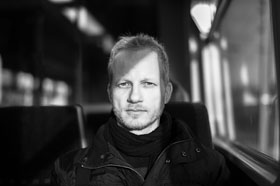 uss’ major influence for his color photography is the work of David Hockney, with the intense colors often becoming the subject matter of the images. Huss considers himself a documentarian of the personal, the abstract and occasionally the absurd.

huZ Galleries is located in the San Pedro Arts District at 341 W. 7th Street. Feel free to stop by. Business hours are Wednesday through Sunday from noon to 7pm. huZ Galleries presents a new exhibition every two months.

*There will be a second artist reception on Thursday, October 1 from 6-10pm (part of the San Pedro Art Walk).