AC Gallery presents a solo exhibition titled “Post No Bills” featuring the work of Bill Wishner. Wishner has been an accomplished photographer for the past twenty years, garnering acclaim for his jazz photography. He was the co-editor (with Bill Minor) of the 40th Anniversary book for the Monterey Jazz Festival (Monterey Jazz Festival: 40 Legendary Years, Angel City Press, 1997). In 2012, he started the ongoing series – The Art of the City Wall depicting the art and visual aesthetics of city walls from various countries across the globe. 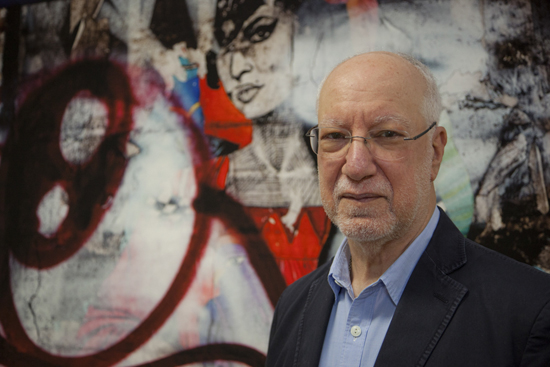 Wishner is also the founder of f8 Pasadena Salon, dedicated to the art and aesthetics of photography as well as the Co-Director of PasadenaPhotographyArts (a Project of the Pasadena Arts Council EMERGE program). A local Pasadena resident, Bill currently serves on the board of Five Acres and helps teach medical ethics as a Clinical Professor of Medicine at Keck USC School of Medicine. Bill enjoys prose poetry and has published two volumes of prose poems called “Things That Happen When You Travel.” AC Gallery Director and Curator Carlos Benitez said he was excited to show Wishner’s work.

On May 13th, enjoy a closing reception along with the opening of a group show. See our Event Feature for additional info on this event.

Additional information about Bill Wisner can be found on his website at http://www.paracosmphotography.com http://f8pasadenasalon.weebly.com