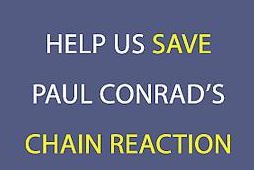 pporters of Chain Reaction have fought hard to continue Paul Conrad’s legacy. Their efforts have not been in vain. The City of Santa Monica has decided to take a vote on February 25th which will determine if they will allocate funds to restore and preserve this important landmark in the heart of the civic center. 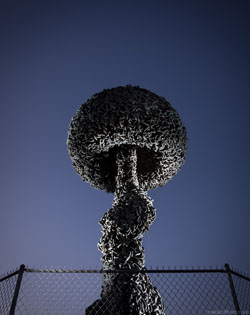 All monies collected go directly to the Chain Reaction Restoration Fund! Each guest receives a complimentary copy of I, CON the autobiography of Paul Conrad.

Tickets are $100 (tax deductible) but in an effort to include all members of the community, donations will be accepted within the range of $50-$100.

RSVP to sarah@robertbermangallery.com or 310.453.5325 to reserve your spot and save this historic peace monument.